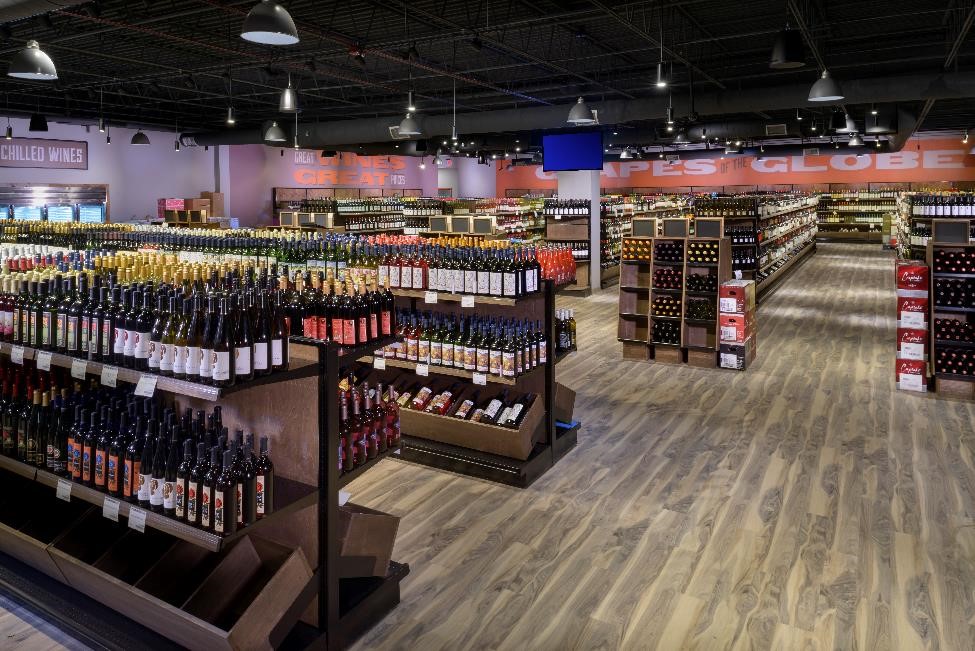 The Tin Woodman’s Flask is open for business.

Oneida Nation Enterprises has expanded its business reach in Central New York with the debut of a wine and liquor store in Chittenango.

The Tin Woodman’s Flask sits at 710 W. Genesee St. in the Emerald City Plaza, between the Tops supermarket and the nation’s Yellow Brick Road Casino. 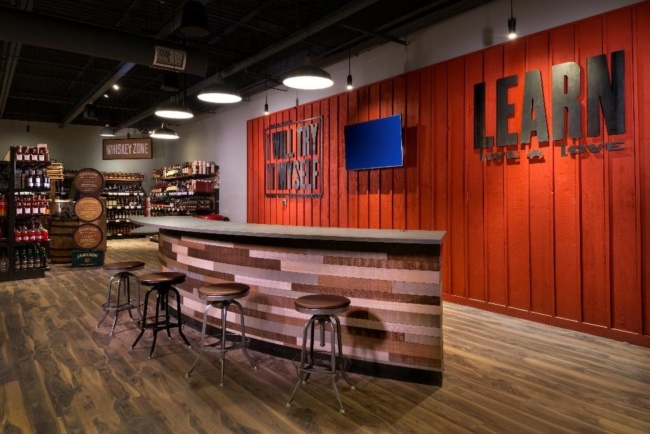 The tasting station in the store. A schedule of tasting events can be found online. (Provided by Oneida Nation Enterprises)

The Oneida Nation is investing in the Chittenango community because of its tourism value, said public relations manager Kelly Abdo. The town’s claim to fame is as the birthplace of L. Frank Baum, author of The Wonderful Wizard of Oz. It hosts the annual celebration Oz-Stravaganza, with the nation as a regular sponsor.

The nation broke ground on the construction project last July, she said. They went with an alcohol store because it was an amenity the company deemed was lacking in the area.

Rows of glass bottles are set up in the industrial-designed space. The flooring is a knotty hardwood, and the ceiling features black painted exposed ductwork. A large section of one wall is accented with wood paneling, acting as a backdrop to the space’s tasting station.

Nation officials described Tin Woodman’s Flask as an alcohol “superstore.” With 17,000 square feet with more than 100,000 bottles of wine and spirits, it’s one of the largest liquor stores in upstate New York, Abdo said.

And whatever can’t be found on the shelves can be special ordered, with a complimentary 5 percent discount, she said.

“We don’t want them to say, ‘Oh, Tin Woodman doesn’t carry my favorite brand, guess I’ll have to keep going to the other place,’” Abdo said.

The store hosts weekend tasting events, where customers can taste different beverages and ask about their history, the brand and other questions. A schedule can be found at tinwoodmansflask.com/tasting-events.