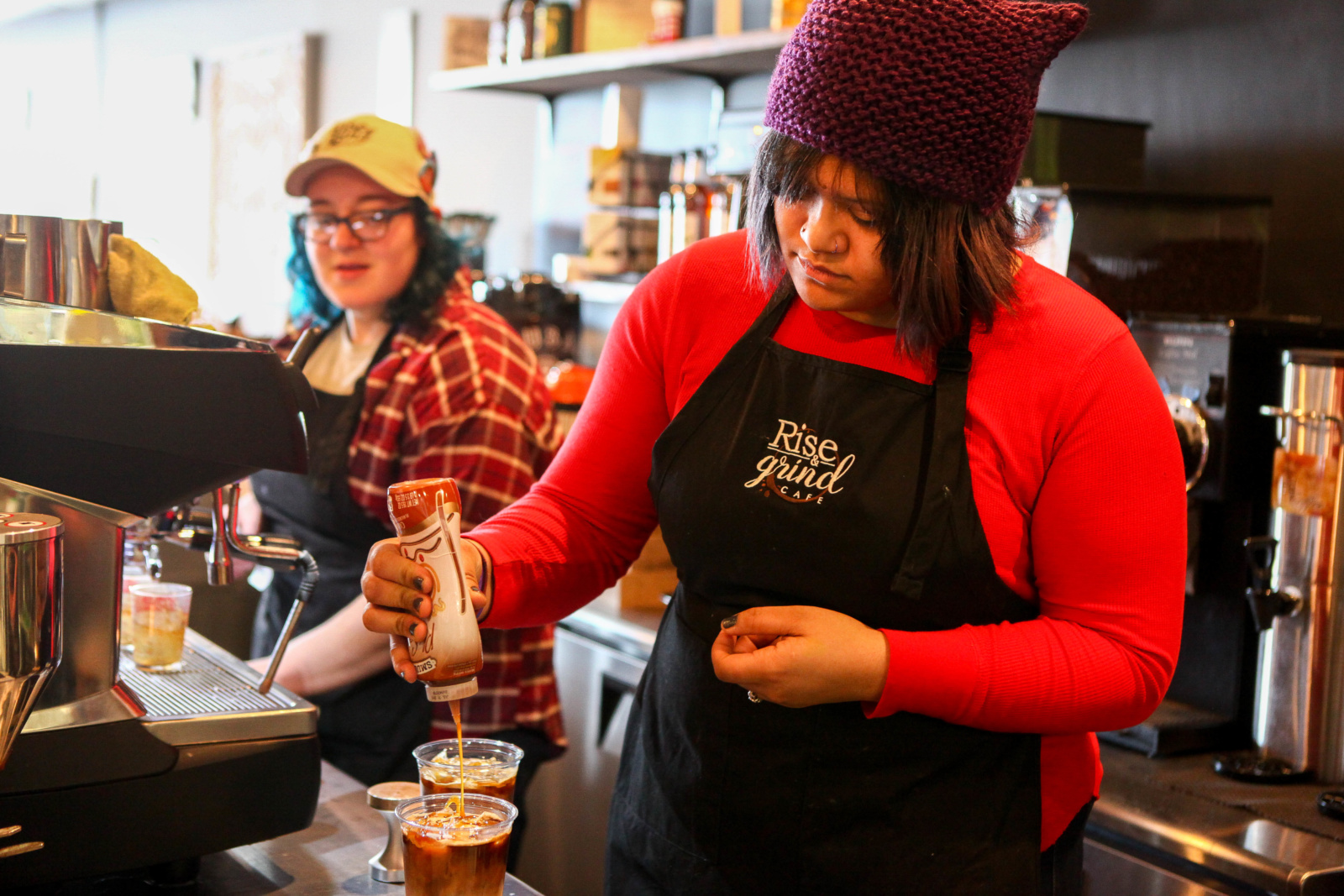 Martita Richardson lives near Camillus with her three children. She has run Nestico’s Too restaurant out of the Rite Aid Plaza along West Genesee Street for about 10 years. 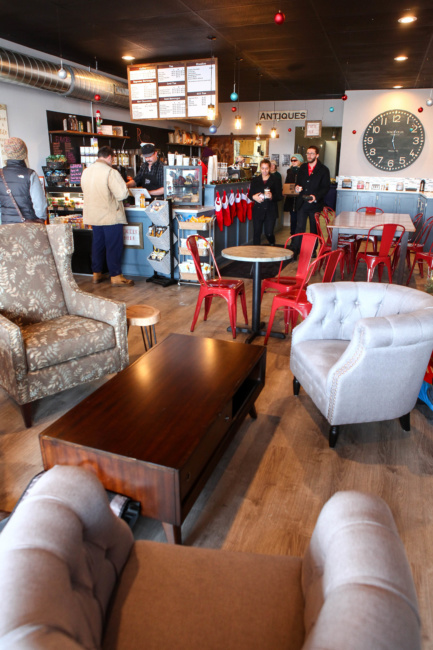 As both a local resident and business owner, Richardson felt the western suburb was lacking a hangout space. If you wanted to meet a friend, you usually planned to rendezvous at Wegmans.

“I wanted to open a place where you can meet up with your friends or bring a date,” Richardson said, thus sparking her idea to start a coffee shop. After a year of planning, Richardson opened Rise & Grind Café in the same plaza as her restaurant, at 4119 W. Genesee St.

Richardson noted that initial business has been better than expected. They exceeded their customer goals in November and are already noticing some regulars. “When do you open a business and have people thanking you?” Richardson asked.

The café is a different pace from the sit-down Nestico’s Too, and focuses more on grab-and-go, although customers are free to sit and eat in the cafe. There are 10 tables for small groups and a longer table that can seat eight toward the back.

The space is decorated with rustic and contemporary elements, such as the cherry-red metal chairs at each table. Worn wooden signs on the walls pay homage to Richardson’s mission for the business: “Good eats,” “Coffee” and “Gather.” Oversized Scrabble tiles spell out the café’s name along a wall near the creamers and sugars.

Armchairs and wood-slab stools huddle around a coffee table in front of a fireplace and bookshelf. Richardson said several times she’s seen families come in and occupy the space, including children with cups of the café’s gourmet hot chocolate and parents with coffee and newspapers.

The menu features coffees, teas and espressos, with a few takeaway items like cookies, breakfast sandwiches and salads. But Richardson said that several people have asked for more food options, so she’s considering adding paninis and other sandwiches to the mix.