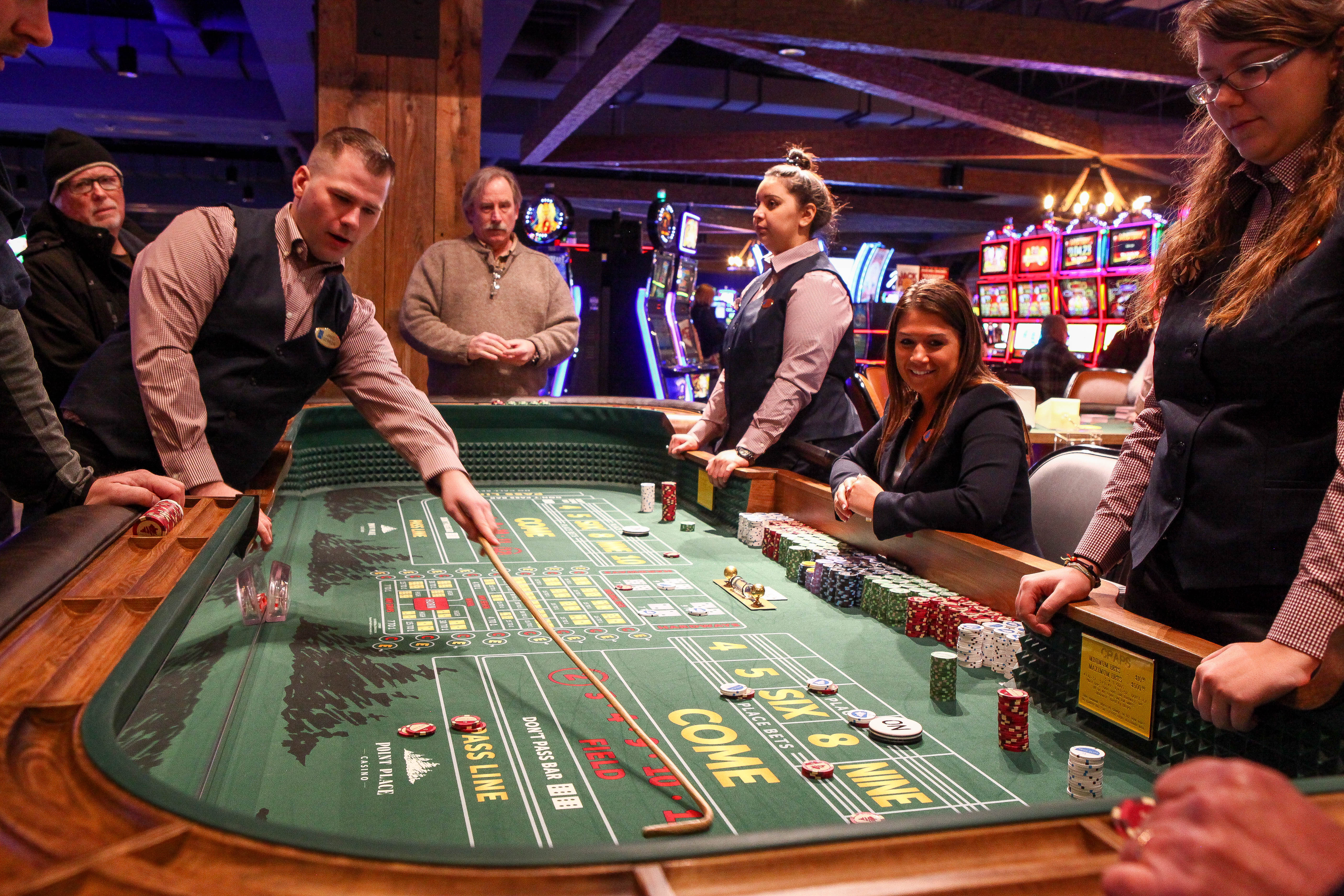 Every day for more than 50 years the snoozing destination of Bridgeport has been blasted by the noontime greeting of the town’s fire station whistle. But now that whistle has some competition, and it’s right across the street from the station’s Route 31 address.

That’s where the sounds of video slot machines and rolling dice can now be heard. Point Place Casino is the new 24/7 gaming emporium that premiered March 1 from the Oneida Indian Nation, which also controls Verona’s Turning Stone and Chittenango’s Yellow Brick Road casinos.

It’s certainly the most seismic event to occur in this community since WSYR-AM morning-drive radio host Deacon Doubleday left his “wired woodshed” in November 1964 to sign autographs during the grand opening of a Victory Market in a nearby shopping strip plaza.

Oneida Indian Nation Enterprises CEO Ray Halbritter noted the area’s historical legacy in his remarks just prior to the opening of Point Place, so named because of the land points that stretch into nearby Oneida Lake. Other invited dignitaries likewise lauded the casino newbie, while state Sen. David Valesky of the 53rd District cut to the chase by proclaiming, “Enjoy it, and good luck!”

Then the hundreds who stood in line for several hours came swarming into the 65,000-square-foot establishment, as costumed lumberjacks and lumberjills doled out free T-shirts and patrons posed for photo ops behind a ceremonial tree log. The casino, which boasts a reported $40 million price tag, has a rustic, woodsy ambiance: Imagine an Adirondack Great Camp, albeit with a roulette wheel smack in the middle.

Aside from the 498 slot machines (some featuring odes to pinup queen Bettie Page and TV’s Batgirl) and the 20 table games, Point Place also has the fast-casual restaurants Wicked Good Pizza, which seats 80, and the wryly named Burgers of Madison County, a 130-seat venue that also offers soups, salads, fish, fries and Hofmann franks. Both eateries, which have separate entrances for those not in the mood to play blackjack, are open Sundays through Thursdays, 11 a.m. to 10 p.m., and Fridays and Saturdays, 11 a.m. to 11 p.m.

It’s a no-brainer to explain Point Place’s main reason for setting up shop in this unexpected locale. Bridgeport straddles from the town of Cicero in Onondaga County, where casinos are forbidden, and across the bridge and into the town of Sullivan in Madison County, with Chittenango Creek running under the bridge. Point Place is on the Sullivan side, perhaps a few hundred feet from the Cicero border.

The Cicero side experienced a population surge in the early 1960s, when farmland was transformed into the Oneida and Val Park housing tracts that sold cement-slab ranches for $10,000. Yet the Sullivan portion hasn’t really changed much, as only locals with long memories can pick out the former locations of Ferstler’s Silver Star, the Giant Midstate grocery, the Esso gas station and Western Auto.

“A truly unique hamlet” is the description found in author Judy Barrett’s 2014 history book Bridgeport, from Arcadia Publishing’s ongoing Images of America series. Settlers came to the area as early as 1802, according to the book, with a post office opening in the mid-1800s and the Bridgeport United Methodist Church welcoming parishioners in 1869.

“In the days before written history,” Barrett writes, “Native Americans used Oneida Lake and Chittenango Creek as food sources, and very often camped out on the shores of both in the winter months. Many remnants of their being here have been found, especially by farmers plowing their fields. There have been historical references to the Oneida and the Tuscarora tribes, both part of the Six Nations Iroquois Confederacy.”

The casino’s physical footprint really just extends to the corner of Route 31 and Bridgeport-Kirkville Road, as the former Botting’s Hotel and Grill was knocked down to make room for a “Welcome to Bridgeport” sign. Otherwise, the complex is tucked in the back, while several other businesses such as the Sami’s Pizza shop are still in operation on Route 31. During construction, nearby Blanding Hardware was often called upon to supply whatever the builders needed. And as a point of contrast, the old-school OTB betting parlor is just four-tenths of a mile up the road.

With a maximum occupancy of 2,241, however, the casino is gearing up for heavy traffic. One lucky lady won a $300 jackpot on a penny slot machine within minutes of the 10 a.m. March 1 grand opening. Shortly before Bridgeport’s noontime fire station whistle blew, however, a disenchanted patron exited the casino and grumpily barked within earshot to incoming customers, “Save your money!” With Point Place as the hamlet’s ultimate game-changer, Bridgeport will likely never be the same again.