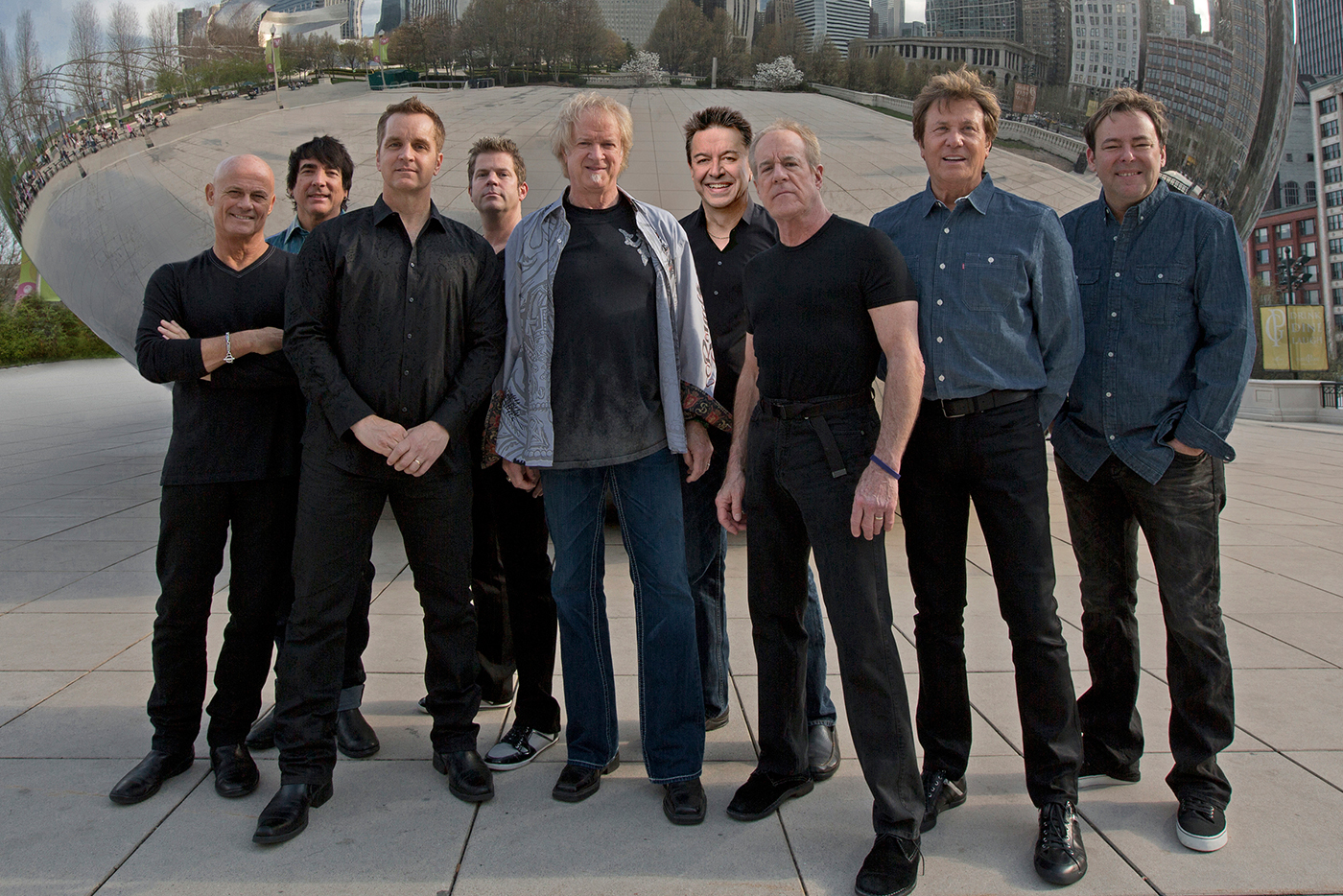 Legendary rock band Chicago will give the Fair a proper send off.

Chicago, set to climax the Chevy Court free concert slate at the New York State Fair on Monday, Sept. 5, 6 p.m., will be a must-see for classic rock fans who have watched their career stand the test of time. Keyboardist, singer and songwriter Robert Lamm, 71, who has been performing with Chicago since 1967, chatted with the Syracuse New Times about the band’s legacy.

Tell me about the beginnings of Chicago.

I was approached in high school by some guys who wanted to start a rock band. Somehow they knew I played piano. We went to listen to another band playing at a record hop in Chicago and that band had a keys player with an electric piano. It was new at the time, the early 1960s. They asked, “Would you be willing to get one of those?” and I said, “Yeah, I love how it sounds.” My mom signed the bill, I paid her back and I bought an electric piano.

Were you a primary songwriter for the band from the start?

When I studied in Chicago (at Roosevelt University), I intended to be a composer but ended up in a rock band. But I think if that music was happening in the 17th century, Mozart would have been playing in a rock band. It was a great situation because I fell in with Chicago in its formative stages and right from the get-go we needed original music to record — and there I was. Here I was in a rock band, writing, performing songs and recording songs with skilled musicians, and everyone participated on whatever level they wished to. I was lucky. It was a synchronicity type thing.

What has it been like to watch the changing technology of the keyboard?

Once Chicago had started touring and became a headliner, some of the recordings were done on electric pianos, Fender Rhodes in particular, and that started being the dominant keyboard with acoustic piano and Hammond organ. I used all three in the studio and dragged a concert grand with me around the world for years. It really took until the late 1980s-early 1990s for digital instruments to really begin to mimic an acoustic piano. Now it’s completely off the charts in terms of how great digital instruments sound. It was an advantage in terms of traveling performances because it really lightened our load by probably 1,000 pounds. But I still miss the sound and physicality of playing a grand piano.

What keeps you going after so many decades with this band?

When people go into music, they tend to stay in it once they discover both the influential and emotional fulfillment it provides. And the longer you do it, the more you realize you don’t know. Chicago has always been made up of people committed to the music and the band. There have been personnel changes, deaths, changes that occur naturally, but you just keep going.

It’s always been fulfilling and fun to play for live audiences. Music is meant to be enjoyed in a live situation. And we’ve met people from all walks of life, both accomplished and famous and everyday people who are amazing. I’ve traveled all over the world. It’s a really enlightening and broadening experience. I’m very fortunate.

How have you overcome those personnel changes?

Every change isn’t a matter of overcoming: It’s adapting. You consider carefully who’s coming in and who’s going out. With Chicago, it’s such a body of work that has become part of the lexicon of pop music in the 21st century. Most musicians are already familiar, so it’s just a matter of getting them up to speed.

What was it like being inducted into the Rock and Roll Hall of Fame?

We were first eligible sometime in the mid-1990s and it didn’t look like the Hall of Fame was really into inducting us at that time. We continued to record and tour and be a good band. When we were chosen, we eventually met the other bands (including Deep Purple and the Steve Miller Band) and talked about the playing order and what songs each band would play. We got together and the whole thing — the ceremony, rehearsals, meeting the other bands — was terrific fun. I think we got something like 37 million votes from the online community. We realize that’s a lot of people in our corner for a very long time. That’s a real thrill.

You’ve been paired with Earth, Wind and Fire on many tours. Tell me about that.

We do it seasonally and it’s always fun. They are wonderful musicians with an incredible repertoire. It’s like family now rather than embarking on a once-in-a-lifetime tour. It’s always amazing to sing and play their songs. We haven’t done the tour internationally yet and we’re taking the first step around the world. I’m really looking forward to it.

What career advice do you have for musicians?

I don’t know why any musician would take advice from me. I haven’t taken any from anyone else. But the most important thing is to practice. I don’t enough, still. When I do, there’s so many distractions that keep you from remembering that’s it’s really about the music. It’s not about being famous or the clothes you wear or the videos you make. It’s about the music. If you keep that in mind — and I’m not saying not to enjoy the other things — you can have longevity and a very fulfilling life. Being a musician is a very honorable profession. Oh, and don’t forget to vote!

Getting the Acts
Hanging Out
To Top