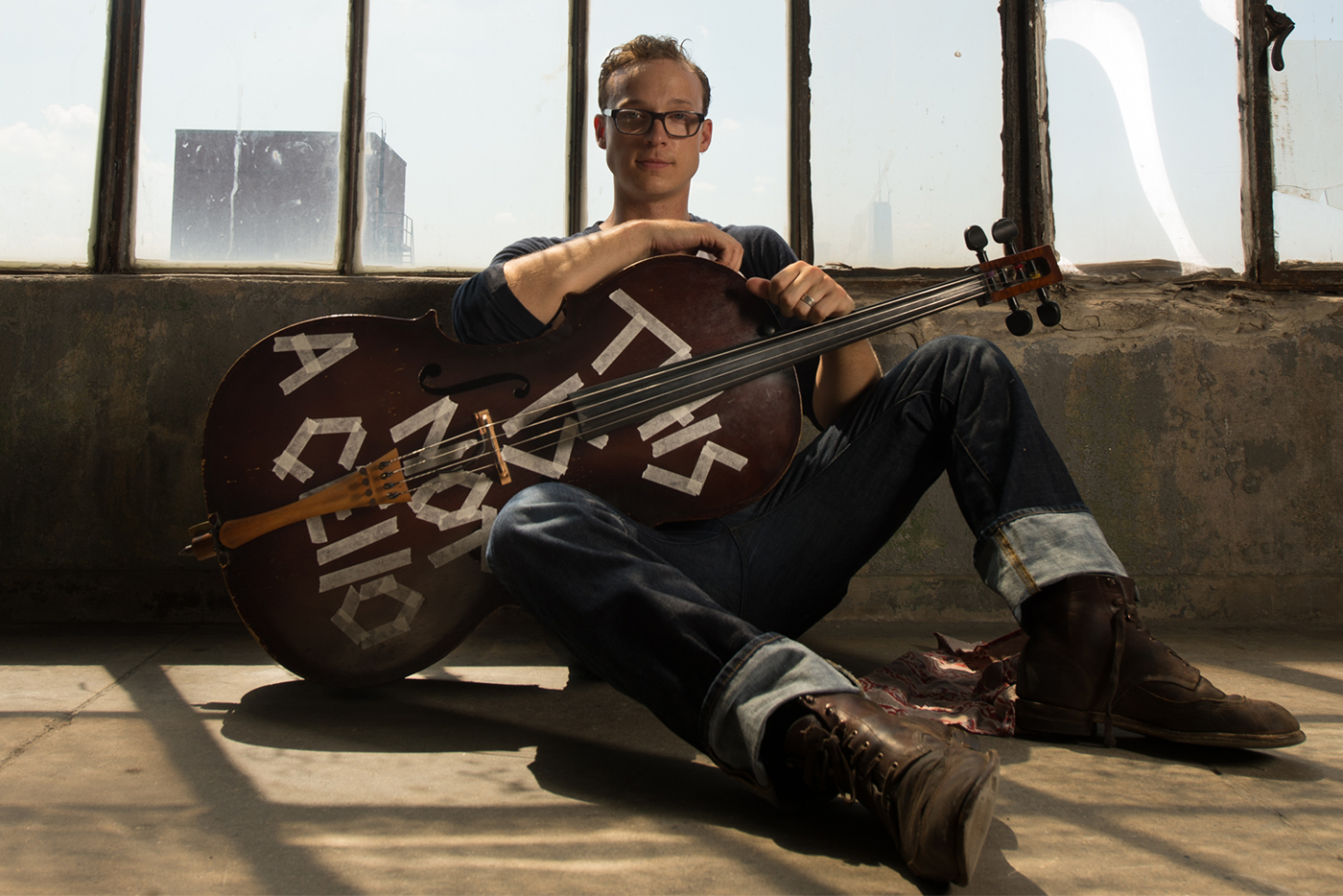 Ben Sollee pedals his way to the Center for the Arts.

Ben Sollee is anything but ordinary. He’s a cellist, singer, songwriter and composer who performs with a drummer and often tours on a bicycle. Yet for all his differences, he’s got a sound that’s easy for listeners of all types to appreciate.

Sollee and drummer Jordan Ellis will perform at the Center for the Arts of Homer, 72 S. Main St., Homer, on Friday, Nov. 4, 8 p.m. Tickets range from $11 to $22; visit center4art.org for information.

Although they won’t be arriving by bike this time, Sollee wishes they were. “Someday I’ll tour strictly by bike,” he said. “Most of our touring is by vehicles: planes, trains and automobiles. But we’ve done six ‘Ditch the Van’ tours. I haul my cello and Jordan hauls his drum kit. Jordan is a biking beast.”

The pair has pedaled their gear from San Diego to Kentucky. On these trips, Sollee treats his equipment as an extension of himself.

“If it’s something we can survive as people, we let our equipment experience it, too,” he said. “They can handle the bumps and we have good cases for rain. We also strip the show down. We work with the paint brushes we can carry and that influences the art. Once you accept the boundaries, you create art using those limitations.”

That thought process heavily inspired their latest album, InfoWars. The disc tries to capture what Sollee and Ellis naturally do live without production overdubs and additions.

“The recording is raw,” Sollee said. “We weren’t even wearing headphones. We put speakers in the studio and played as if we were on stage. Then we recorded and referenced samples from live shows. The studio is a sterile environment where you can get really clean sounds. But we wanted to keep it lively.”

Ellis, who co-produced the album, added, “It was important that we were just really comfortable in the studio. It comes through on the record. There’s happiness in the jamming. The vibe is different than a lot of other records. Setting up the speakers in the studio got us out of the tunnel vision. We walked in thinking, ‘This is the vibe and feeling we want and this is what we have to create it with.’ It made a special result I don’t hear on a lot of records.”

The album uses immediate events as subject matter, with songs referencing the Louisiana floods, earthquakes in Italy and even the Pokemon Go craze. “This record was very responsive to its environment,” Sollee said.

The Sollee-Ellis duo has been performing together since 2009. The pair knew each other throughout middle and high school, yet it was after they both finished college that their music started taking off. Sollee has also performed with the Sparrow Quartet, a powerhouse band formed in 2005 including Abigail Washburn on banjo and vocals, Bela Fleck on banjo and Casey Driessen on violin.

Sollee’s versatility and creativity have made him a standout among upcoming talent. But his motivations for doing things differently remain pure.

“We’ve done thousands of miles of bicycle touring in an effort to slow down,” he said. “We wanted to experience the country as humans, not as musicians rushing around. Over that time we’ve developed a great love for what a bike can do for a community.”

When Sollee and Ellis visit Homer they’ll bring their big sound with a little band. “The fact that we make this large sound as a duo, it feels very unique,” Ellis said. “It seems very Kentucky and traditional, but also very modern with some electronic elements.”

They also hope the audience will appreciate the bond they share that goes beyond the beats. “We definitely do things as independently as it gets,” Sollee said. “We’ve built our own business and our own story. We’ve been playing together for eight years. It’s great music, but we’re even better friends. You can’t always say that. It’s pretty ephemeral and a struggle to survive, but I’m proud of what we built.”

View a Ben Sollee performance below:

“Figure out how to run a business, play an instrument and write songs. If you’re a musician, learn as many things as you can about recording. Learn how to use ProTools. Then learn as many instruments as you can. You never know what opening will happen for a gig. If you’re more of a sideman than a singer-songwriter, and you can say yes to a gig whether they need bass or keys, that’s a huge deal. And for recording, it’s good to learn guitar or piano or an instrument where you can figure out chords and progressions. And know theory and structure.”

“It’s really important for young musicians and creators to know that creating is messy. Making a living in a creative endeavor like music or acting is messy. That process is really healthy. The only way to create in a messy environment is to collaborate. Perform with other musicians. Build personal relationships and grow.”