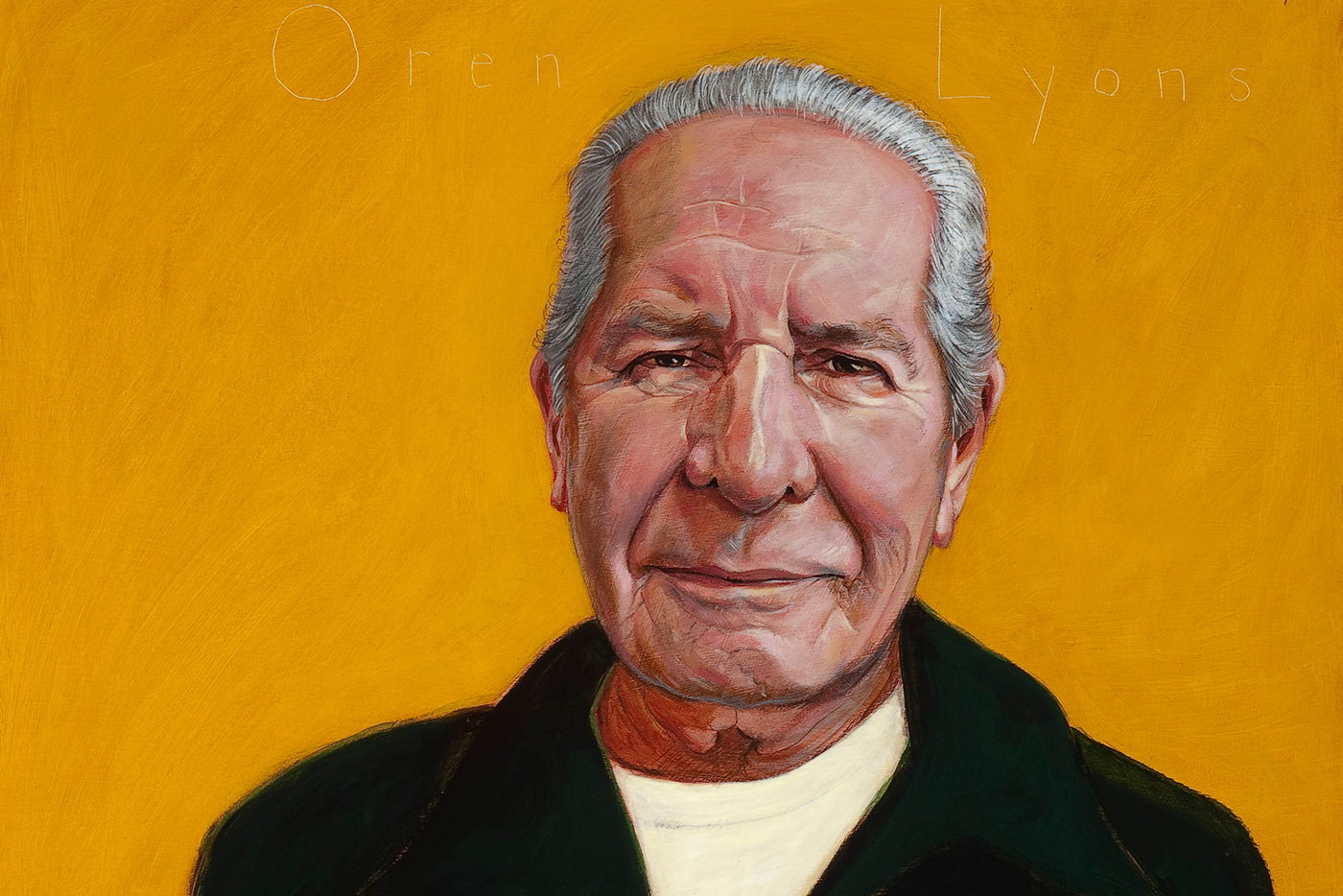 The Robert Shetterly show Finding Your Power, on display at the ArtRage Gallery, presents portraits of 24 people, all of them involved with struggles for civil rights or economic fairness, for a healthier environment or self-determination for indigenous peoples.

Some subjects are national figures, others best known in local communities. All appear in vivid portraits, with the subjects’ images set against green, blue, gold and red backgrounds.

The paintings come from the Americans Who Tell The Truth series, a project Shetterly began more than a decade ago. It now consists of more than 200 works and continues to grow as the artist paints new subjects. 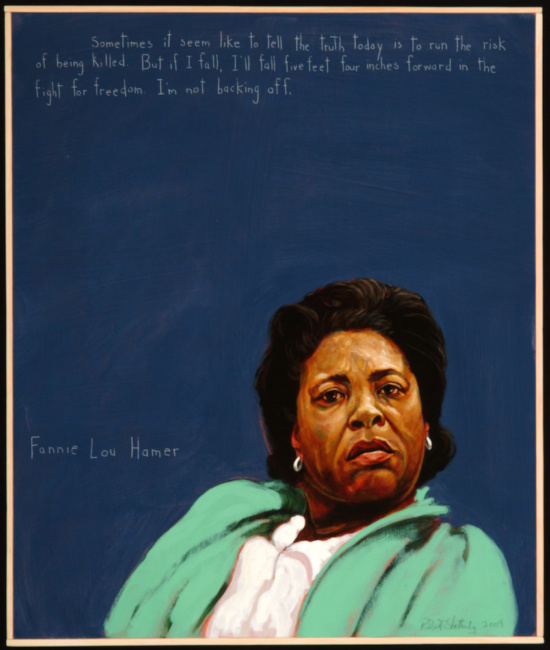 At ArtRage, the paintings provide a cross-section of Shetterly’s portfolio. The portrait of Bob Moses is vibrant and expansive, filling most of a canvas. He was an organizer for civil rights in 1960s Mississippi and later founded the Algebra Project, which teaches math to underserved children.

Shetterly’s portrait of Fannie Lou Hamer, a major advocate for political participation and voting rights in segregation-era Mississippi, takes a different approach. Her image is positioned in the lower half of the canvas, leaving more room for a sky-blue background.

Another set of paintings depicts activists ranging from Lois Gibbs, instrumental in demanding remediation for the horrific Love Canal pollution in 1980, to Tim Dechristo, a current-day activist who works to preserve wilderness.

Shetterly also did a portrait of Kim Wasserman, part of a neighborhood coalition concerned with the impact of coal plants on a Chicago neighborhood. Wasserman isn’t a household name, and her inclusion in the series reflects Shetterly’s commitment to painting portraits of everyday people who took a stand on an important issue.

In that vein, Claudette Colvin’s portrait hangs at ArtRage. On March 2, 1955, she protested public-transit policies in Montgomery, Ala., by refusing to give up her seat to a white passenger. Her arrest came nine months before Rosa Parks took similar action on a Montgomery bus.

The timeline for those depicted in the portraits extends across a roughly 50-year period, stretching from the late Cesar Chavez, whose efforts to organize farm workers intensified during the 1960s, to Ai-Jen Poo, a present-day activist who campaigns to improve conditions for domestic workers.

The exhibition also has ties to Central New York, as seen in several portraits. Phillip Berrigan was born in Syracuse and later spent many years protesting against nuclear weapons and economic inequality. Shetterly also created a portrait of Mara Sapon-Shevin, a writer, professor at Syracuse University, and advocate for the principle of inclusive education. A third portrait depicts Oren Lyons, faithkeeper for the Onondaga Nation, and recognized internationally for speaking out for the rights of indigenous peoples and on climate change.

Finding Your Power is just one thread of a larger project. Indeed, Shetterly has displayed his portraits in 26 states, in venues such as libraries and universities, a San Francisco courthouse and even a sandwich shop. The exhibits are selected from a portfolio encompassing Abraham Lincoln and Dwight Eisenhower; Dorothy Day, a founder of the Catholic Worker movement; and Nicole and Jonas Maines, transgender activists.

Each portrait appears in a 30-by-36 format, combining Shetterly’s interest in art, narrative, and the series’ possibilities for education. Long before he began the Americans Who Tell The Truth project, Shetterly was a full-time artist who created many paintings and prints. He did a series of etchings based on “Proverbs of Hell” by writer William Blake.