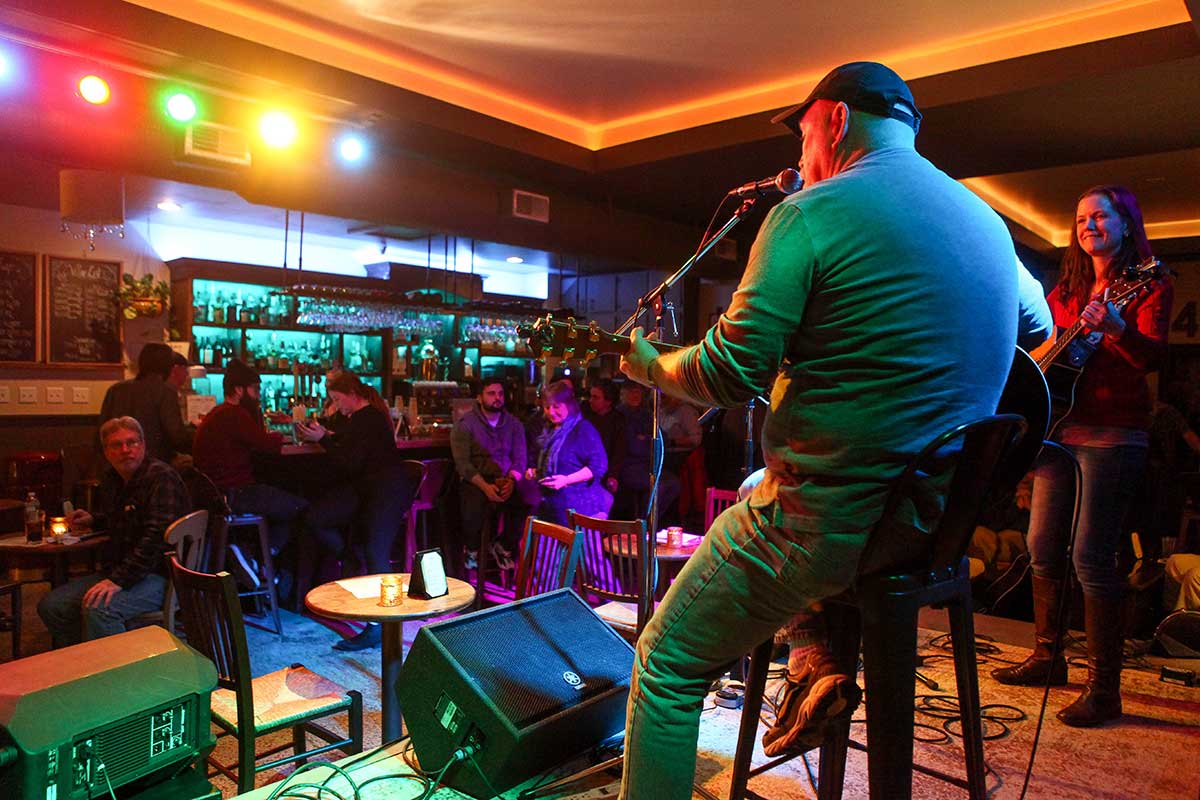 There’s nothing quite like going to a musical performance where the listener can hear every breath, every pause, every inflection of the artist, both in song and storytelling. When an entire room is attentive enough to take the journey through the music and the tales behind it, the result can be pure magic.

Julie Briggs fell in love with that idea after seeing Mike Powell, Dusty Pas’cal and Tim Herron perform in such a setting in 2012 at the Borodino Grange Hall. “The acoustics were wonderful and the stories were great,” she remembers. “People were there to listen to the songs and the stories. I thought, ‘We should have something like this open all the time.’”

Briggs had a solid background in hospitality, event planning and bar management, so the feat seemed reasonable. She had worked with, and learned from, music producer Stacey Waterman on several concerts. “Being in that environment and seeing how a successful event comes together influenced me to begin producing my own shows,” she says.

So Briggs started with “The Listening Room” music series in 2014 at the former Small Plates venue in Armory Square. A back room that the restaurant rented out for private events proved to be an ideal spot. “Two walls were exposed brick and it was a long space,” she explains, which was roomy enough for a portable bar, a few tables and a musical act.

Briggs hosted about a half-dozen shows with her business partner, Joanna Jewett, and their production company, Red Shoes Black Bag Productions. While the concerts were impressive, the results were not profitable.

“That series led to a decision to open my own space,” she says. “The shows were magical and I thought we should do more of them, but we needed to make them viable. I thought, ‘Maybe we should make a room where we can do this.’” 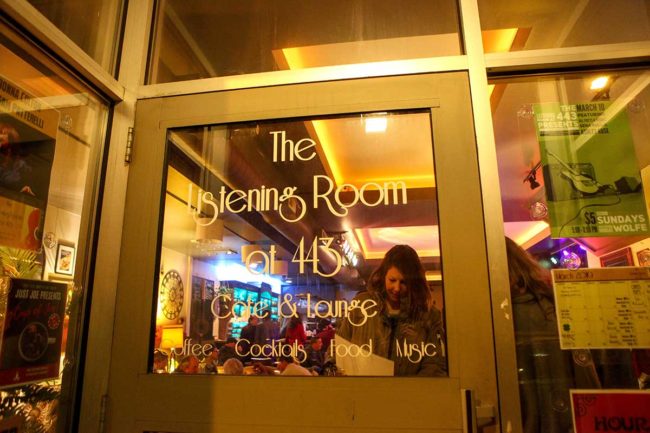 Briggs and Jewett had already found success in shows like Ladies Night at Eastwood’s Palace Theatre, but starting a space from scratch proved to be a major undertaking. In 2016 they found the perfect location: 443 Burnet Ave., former home of The Barge, Mrs. O’Leary’s and the Old Parochial League bars. However, it was a long road from picking the place to making it functional.

“We originally thought we’d be open once or twice a week for events,” Briggs says. “Joanna had a full-time job and I did, too. But once I ran the numbers, I knew it wouldn’t support itself.”

The team realized the place would have to be open every day to make back what they needed. Jewett had to back out because of the overwhelming commitment, but that void was quickly filled by Briggs’ now-husband, James (Jimmy) Leone. Then Briggs quit her full-time job as event manager at the Rosamond Gifford Zoo in Spring 2018 to work full time at the new venue.

With the help of Leone’s brother, Mike, who owns the building, the team figured on a September 2018 opening. “It seemed super-reasonable,” Briggs recalls. But the hoops to jump through kept coming. Although the space was zoned to be a bar/restaurant, it still took months of application processes to get the required licenses. 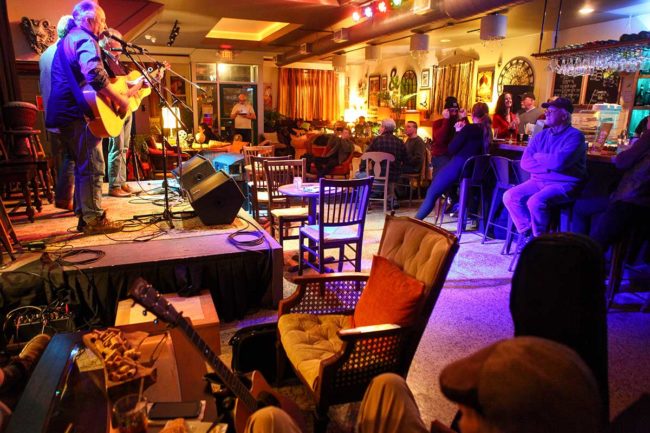 The cozy inside of the Listening Room Cafe is idea for intimate and acoustic sets. (Michael Davis/Syracuse New Times)

“We’ve been hosting an open mike every Thursday, and it’s been going really remarkably well since the first day we started it,” Briggs says. “And any time we’ve done live music, we’ve had a good night. I hope the community supports this. People have habits and favorites, and it’s tricky to get people to try out a new place if it doesn’t fit into a neat category. It’s a labor of love for all of us.”

Briggs also hopes the room will lure touring acoustic performers who otherwise would have bypassed the Central New York market. “We want to make it worthwhile so they can play the Hudson Valley, Saratoga, Ithaca, Rochester, Buffalo — and Syracuse,” she says. “We’re trying to make this a place that artists go. You don’t see people with their nose in their phone here. I love that. People are more focused on what’s on stage.”

Currently, the bar serves liquor, coffee and food, and Briggs plans to open up some outdoor patio space. Although it has been a challenge to manage the venue, from leaving the most real estate for customers to maintaining areas for food and storage, Briggs has succeeded in creating a homey vibe for the musicians and audience.

“I have always preferred entertaining in my home rather than trying to hang out with a group in a restaurant,” Briggs says. “I feel like people relax more in that setting than they would sitting at a table in public. And the conversation is always more interesting. It’s not an accident that I’ve created a space that feels like a living room in your house.”