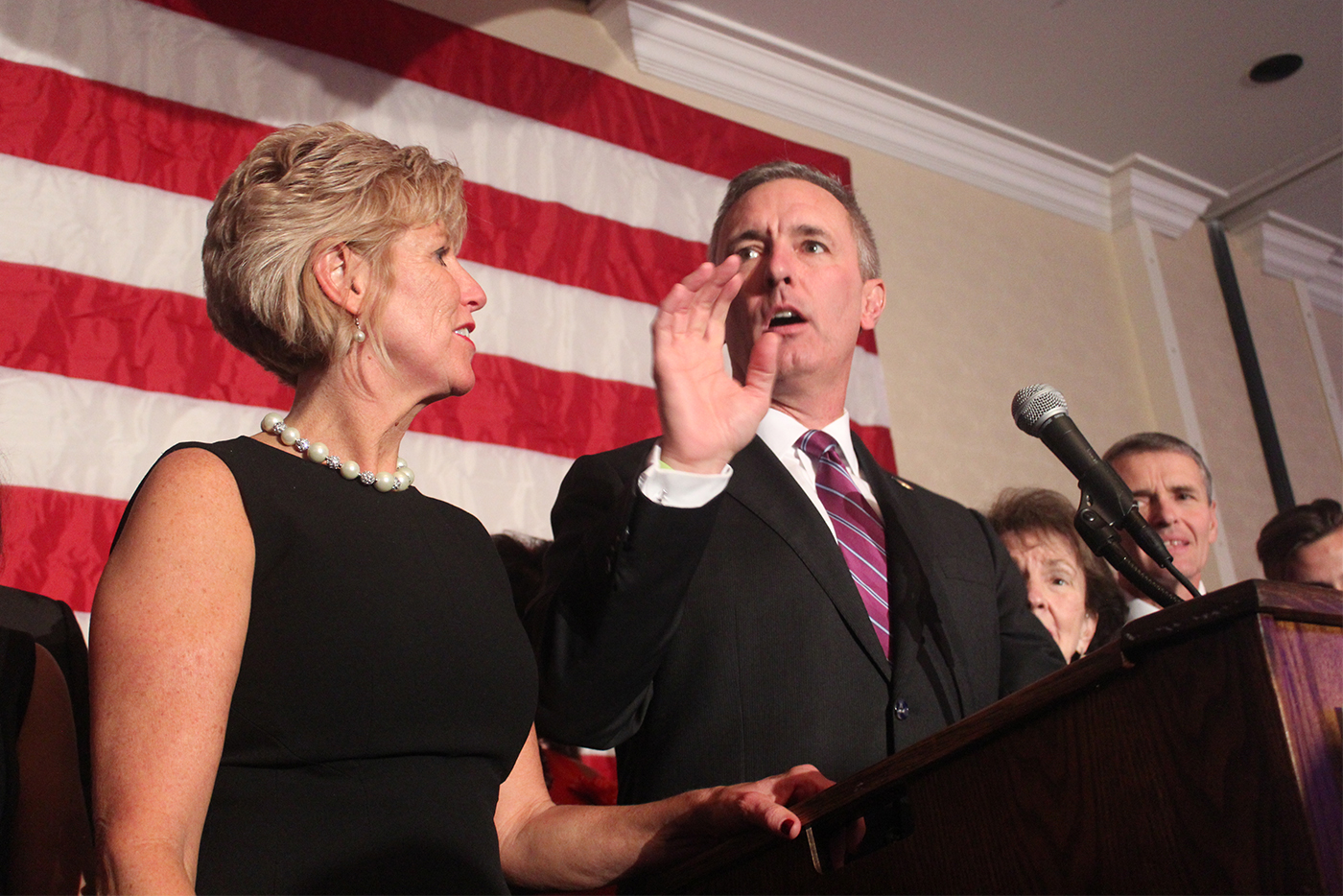 I was at the Onondaga County Democratic Party headquarters at the Pirro Convention Center in November 2014 when it was announced that Republican John Katko had unseated incumbent Dan Maffei for New York state’s 24th Congressional District seat.

For the fourth election cycle in a row, the Central New York region switched parties of their representative in Washington, D.C. After the 2010 congressional race took three weeks to decide the victor (Republican candidate Ann Marie Buerkle) and the 2012 one lasted into the next day, Maffei came in to give the third concession speech of his political career just two hours after the polls had closed.

I asked Syracuse Mayor Stephanie Miner about the constant election fluctuation. “I think what we’re seeing in this district is a bellwether for what’s going on around the country,” she answered. “You’re seeing the country kind of go back and forth as both parties struggle to find a message and a record of accomplishment.”

Mayor Miner was right. Central New York had now become the swingiest district in the entire nation. Republicans had taken the Senate and gained their largest majority in the House of Representatives in nearly a century, with Congressman-elect Katko among them.

Two years later, Katko has become the first incumbent in the district to win re-election in 10 years. And he won it with 61 percent of the vote over Democratic challenger Colleen Deacon — an even bigger margin than he won by in 2014.

Demographics, politics and history would have suggested a much closer or even opposite outcome. A Republican candidate hadn’t won the district during a presidential election year since 2004, making Katko vulnerable right away. Voter turnout is also much higher in presidential years, meaning the race could be traditionally much tighter than it was in 2014.

Then there was the issue of Donald Trump at the top of the ticket for Katko’s party. But Katko came through with a very convincing win. How did he do it?

In the last two years, Katko has been sort of an ointment for what so many Americans are sick of: gridlock in Washington. Katko credited a broken Congress for his decision to run in 2014. But he didn’t go in and burn the house down. He went in seeking middle ground and compromise: the very ingredients that lead to progress.

Katko broke with Republican Party leadership 19 percent of the time, earning him the label as the eighth most independent member of Congress. He mustered 15 bills through the House and six were signed into law by President Obama, the most of any freshman lawmaker since 1989. He acknowledges that climate change is real, opposes erasing the Affordable Care Act unless there is another system to replace it with, and isn’t in favor of undoing Obama’s executive orders protecting young immigrants from deportation.

He also kept Trump’s candidacy at an arm’s length during his campaign, eventually saying he would not vote for him. Katko was even one of the few New York GOP representatives to be endorsed by The New York Times, saying, “Washington needs more Republicans like him.”

That very moderate stance ended up working for him. The Siena College poll released weeks before the election found Katko leading by double digits and was favored by a majority of independents, half of women and nearly a quarter of registered Democrats. Clearly, Deacon’s persistent attempts to tie Katko to Trump weren’t effective. In the election, Katko comfortably carried the rural counties of the district that Trump won and beat Deacon by 19,000 votes in Onondaga County, where Hillary Clinton beat Trump by 13 points. Katko’s emphasis on local issues and moderate attitude seemed to have worked.

And maybe that’s what’s best for Central New York. The region has been hit extraordinarily hard over the last 20 years and has seen some of the slowest economic recovery in the nation. Unemployment rates have somewhat stabilized lately, although Oswego County remains far above the national average. Syracuse ranks among the nation’s worst cities for economic growth and 31 percent of its population lives below the poverty line.

And closures of factory giants that defined whole neighborhoods and cities have left large holes very hard to fill, be it Syracuse China in Lyncourt or the Nestle plant in Fulton. And since the Great Recession took hold in 2008, the people of this community have been desperately looking for answers and looking for leaders who hold those answers.

Which is why the 24th Congressional District has seesawed between parties and people. We’re not indecisive. We’re just simply trying to find our way, seeing what works and what doesn’t. As Mayor Miner said, both parties are struggling to find a message that works. Maybe somewhere in between is the key.

Obviously, John Katko doesn’t have all the answers, but more than enough people obviously thought his independent stance deserved him the chance to keep doing what he’s doing. It might be a sign that, while Central New York is nowhere near where we would like it to be, we might be one tiny step closer.