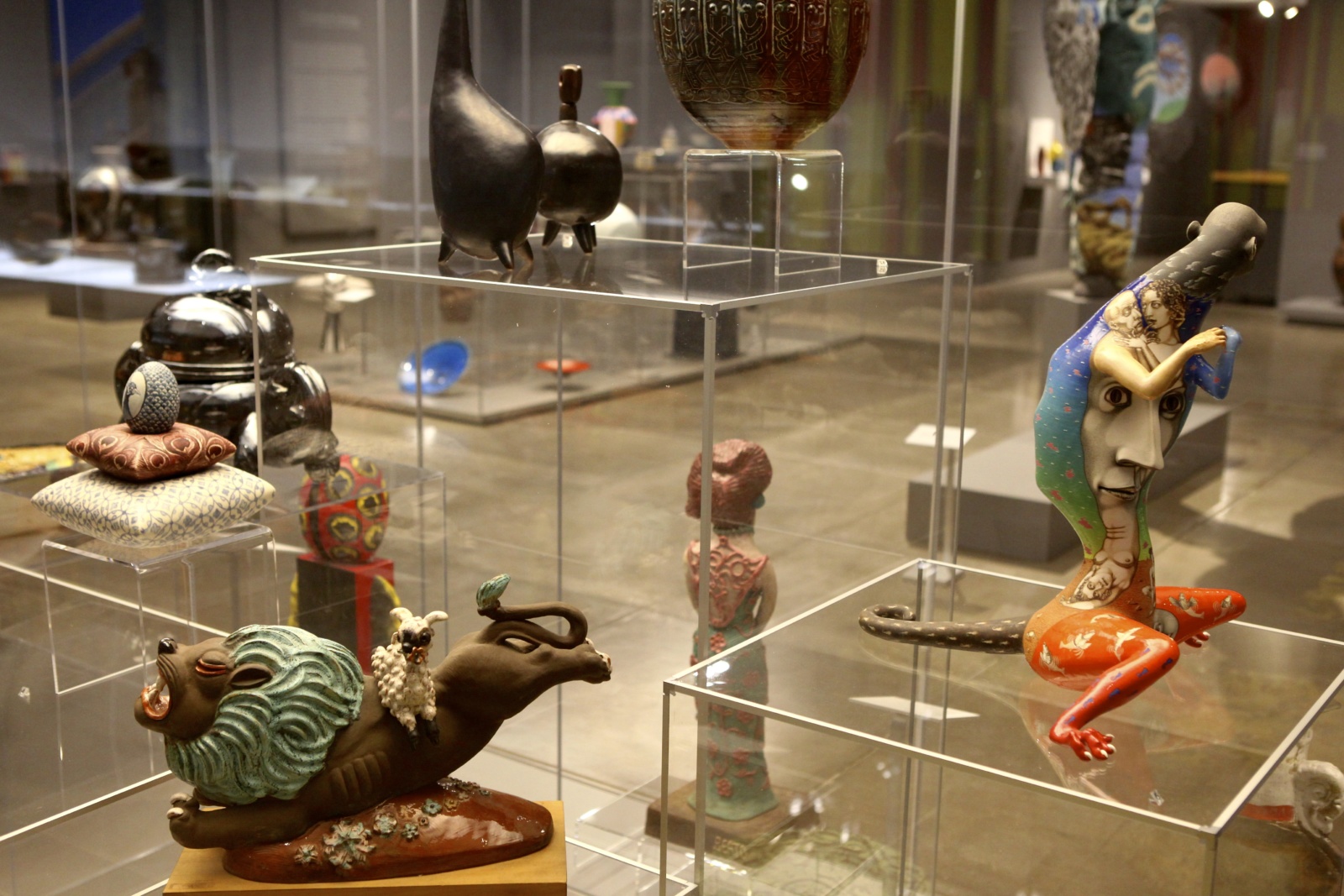 On the local art scene, 2017 was a time for large group shows linked to a theme, for solo exhibits covering everything from family history to blue-collar workers, for observance of various anniversaries. There were exhibitions featuring quilts, wood-block prints and work by such well-known artists as Henri Matisse and Edouard Manet. And the Everson Museum of Art christened its new ceramics space with two well-received exhibitions.

Auburn’s Schweinfurth Memorial Art Center again hosted Made in New York, with a portfolio featuring pieces by artists living in our state. The 2017 show focused on the theme of “Envisioning the Future,” resulting in another wide-open exhibit. “Toxic Bloom,” by Beth Pendersen, was one of several works dealing with environmental issues.

At the Everson, Seen and Heard: An Active Commemoration of Women’s Suffrage embraced a range of media. Disco music by Donna Summer and Gloria Gaynor, Jessica Posner’s film Butter Body Politic and Jessica Putnam Phillips’ plates depicting women in the military were all part of the exhibition.

A related show, Seen and Heard: Embracing Our Past, Empowering Our Future, appeared at the ArtRage Gallery. It presented sculptures, Lisa Brasier’s images of two women in different stages of life, and Joyce Day Holman’s “This Month,” which discussed violence against women.

Syracuse University Art Galleries displayed a large selection of prints from the Arthur Ross collection at Yale University. That show shifted from Italy in the 1700s to Goya’s Spain to French artists such as Honore Daumier.

Syracuse Tech Garden was the venue for Wonder Woman: Directions in Art by 14 Female Central New York Artists. It offered a variety of media including collages, digital prints, abstract pieces and fantasy work.

This was a good year for solo exhibitions. TR Ericsson: I Was Born to Bring You into This World at the Everson reinvented the notion of the family album. Earl Dotter’s one-man show at ArtRage was direct and gritty, as its images portrayed harvest time in Maine, a laundry room at a hospital, an assembly line at an auto plant and other work environments.

To Sleep with Tierra addressed issues such as violence and environmental decline through video, collages and altered or recombined photos. The exhibit, showcasing work by Suné Woods, was displayed at the Light Work Gallery.

Vanessa German’s striking sculptures, which combine tar, plastic and found objects, were on view at the Everson. In her work, she investigates identity, race and mass culture.

And Vanessa Johnson’s ArtRage exhibition Unwrapping Vanessa: Fiber Memory Art both celebrated weavers, activists and writers, and mourned the death of children during the Holocaust, the rebellion in Biafra, Nigeria, and the 1960s civil-rights struggles in the United States.

Community Folk Art Center scored with I, Too, Am America: A Song of Race and Language. It presented works by Kleaver Cruz, Jamal Butler and Anne “Sole-Sister” Johnson. The center also featured works from its collection in Phase Changes: Glimpses from the Diaspora. Its roster included Jack White, Denise Cole, Charly Palmer and other artists.

Several local cultural groups celebrated significant anniversaries during 2017. The Erie Canal Museum shone a spotlight on the 200th anniversary of the canal’s opening by organizing programs and exhibitions such as Life on the Canal Then by Artists Now. The Syracuse Cultural Workers produced yet another edition of the Women Artists Datebook; that publication is now 25 years old.

The Urban Video Project continued to show videos on an exterior wall of the Everson Museum and to sponsor lectures by participating artists. Deborah Stratman, creator of “The Illinois Parables,” discussed her work.

Finally, the Everson inaugurated its new ceramics gallery with A Century of Collecting Ceramics at the Everson: From 1916 to the Present and From Funk to Punk: East Coast Ceramics. The latter show runs through April 15.