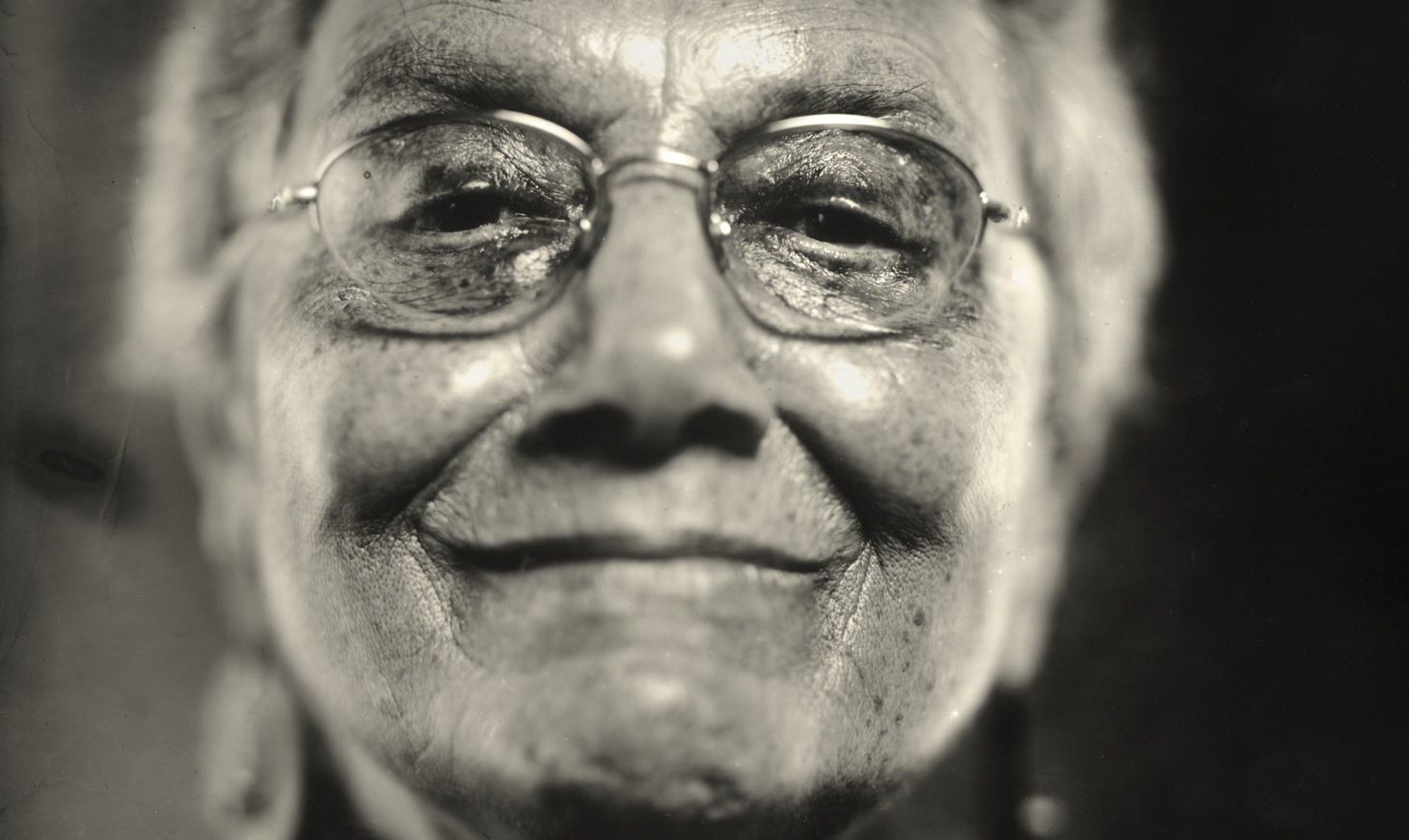 Oral histories come in various formats: in books, in conversations between elders and grandchildren, in radio or television programs, in other media. And now the ArtRage Gallery is hosting an exhibition devoted to 26 women who have lived in Central New York and are all at least 80 years old.

Still The One: Douglas Lloyd Makes Portraits of Women Making Change the Old-Fashioned Way pairs Lloyd’s distinctive images with narratives developed during interviews conducted by Sharon Bottle Souva. Those conversations posed fundamental questions: What is activism? How do we make it through turbulent times? What values endure from decade to decade? 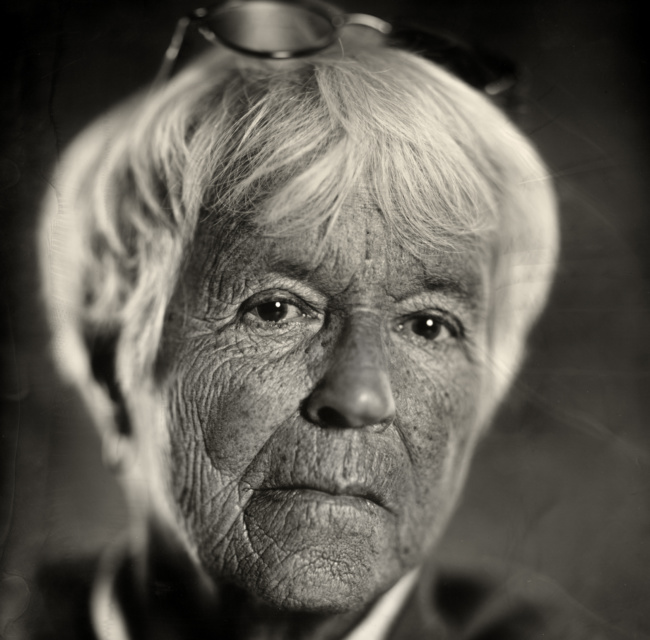 The show pivots on the notion of activism but doesn’t define it narrowly. Certainly, some of the participants speak of attending anti-war demonstrations or marching for employment opportunities for city residents. Yet activism takes other forms: writing a letter, talking to a neighbor, making intense changes in one’s own life.

The exhibit’s energy flows from the portal it opens for the women to reflect on decades of experience, to tell their own stories, to discuss today’s sociopolitical climate. Most of all, it gives them an avenue for talking about interactions and the idea of community.

Although each participant is telling her own story, there are instances in which narratives connect. For example, Joan Netta Burstyn lived in London during World War II when that city was besieged by rockets and bombers, while Fumiyo Hirano experienced war firsthand as a small child growing up in Japan.

And there are other intersections. For many years, Carol Rizzo Berrigan taught inclusive education at Syracuse University, stressing the right of all children, regardless of ability, to attend public schools and receive necessary supports.

In 1971, Marian Miller confronted the issue of mainstreaming directly when her newborn son was diagnosed with Down syndrome. Angered by a doctor who said her child should be institutionalized, she rejected that advice and raised her son at home. Then in 1988 she went to work for Arise, an organization advocating for people with special needs.

Links to education arise elsewhere in the exhibit. In 1950, Marjorie Dey Carter became the first African-American teacher in the Syracuse City School District, the first step in a long career. Later she was named president of the Syracuse Teachers Association. Moreover, Geneva Hayden has played multiple roles in instructing children: within her own family, working in city schools, as the founder of an after-school program based in her own home. 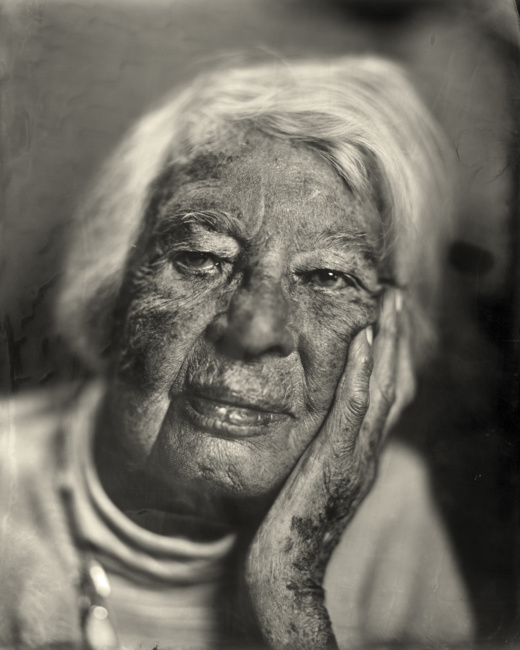 In a slightly different vein, Ruth Johnson Colvin was a national pioneer in literacy services, beginning her work after the 1960 census concluded that roughly 11,000 adults in Syracuse lacked basic literacy skills. She founded an organization that eventually morphed into ProLiteracy, a current-day group with a national profile.

Joyce Eileen Stokes Jones spent many years researching her family ties to Harriet Tubman, the abolitionist, and working with her daughter, Michelle, to publicize Tubman’s legacy. They co-wrote the book Beyond the Underground: Aunt Harriet, Moses of Her People.

And the exhibit makes some connections indirectly, showing that various participants have taken action on issues that emerge again and again. As a young woman, Dolores Ann Brule was involved in struggles including school integration, fair employment at Niagara Mohawk, and the proposed building of Route 81 through the city of Syracuse. Today, that segment of Route 81 is once again a lightning rod for controversy.

Ann Tiffany’s activism spans demonstrations against the Vietnam War, taking part in the Sanctuary movement, which supported refugees who fled El Salvador and Guatemala during the 1980s, and picketing during 2017 to protest attack drones directed from Hancock Air Base.

Beyond that, the interviews incited discussion of how to make change, of how to co-exist with other people. Amy Sinbad Doherty said that “people need to learn to talk to each other. First it starts in the home and the schools. We need to to be educated to learn about each other. This is the most difficult thing we face.”

Charlotte (Chuckie) Holstein spoke of the concept of citizen trusteeship: The planet is on loan to us from previous generations and we need to make it better for those who will follow us. And Brule

remarked, “Always remember that in the end, all we really have is each other.”

Clearly, text is a major element of the exhibit, but Lloyd’s photos are equally important. He created portraits of every participant using a technique called wet-plate collodion photography, which was invented in 1851. He has indicated that this style enabled him to reconnect with photography in a physical, tactile way. He much prefers this process to digital work.

His images, and the statements from each participant, make for a show demanding full attention from viewers. It’s not possible to engage the work with 30-second glimpses. Those who make the effort will encounter an exhibition that’s intense, intimate and innovative. 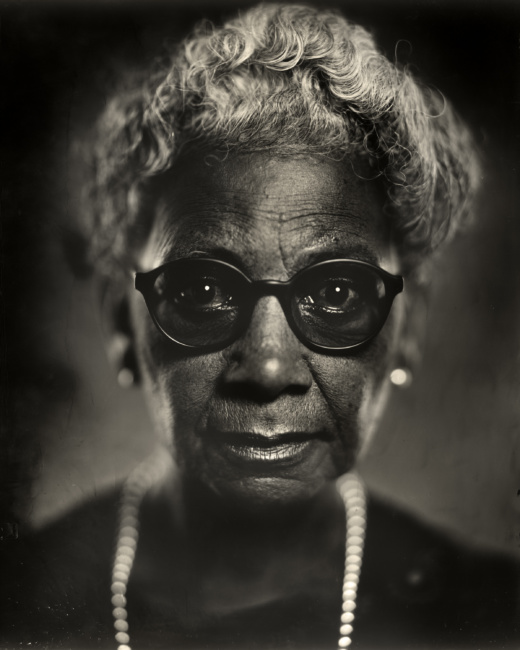 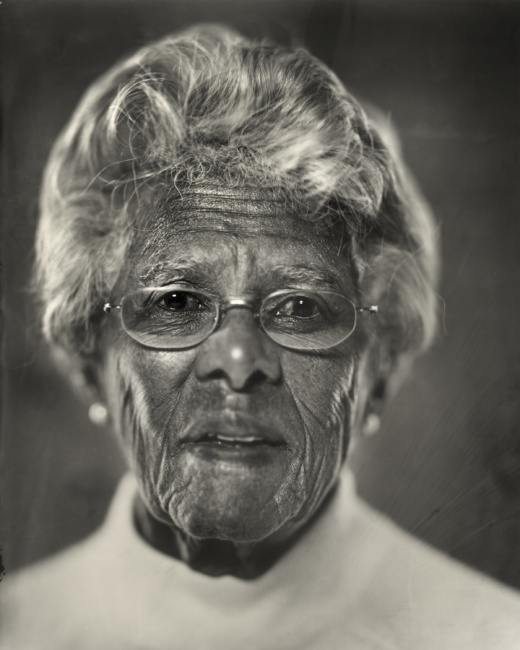 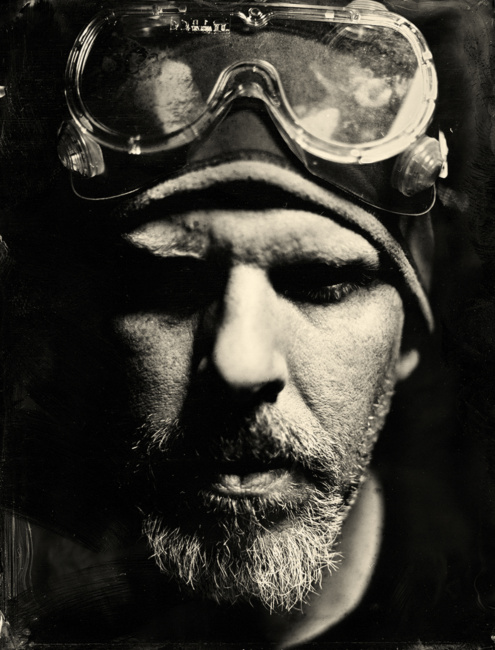 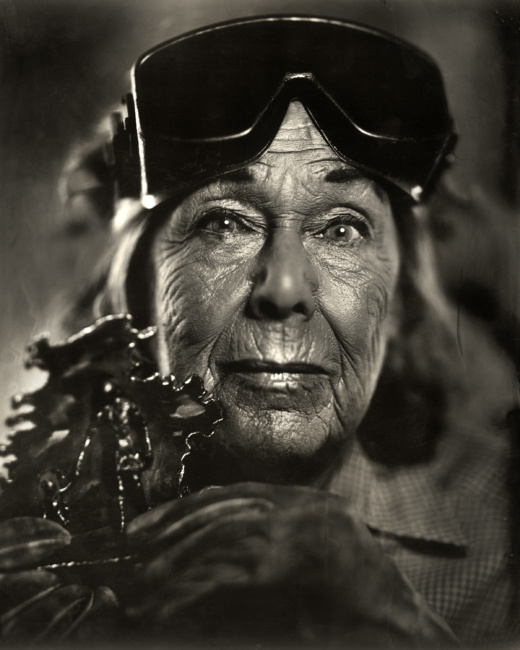 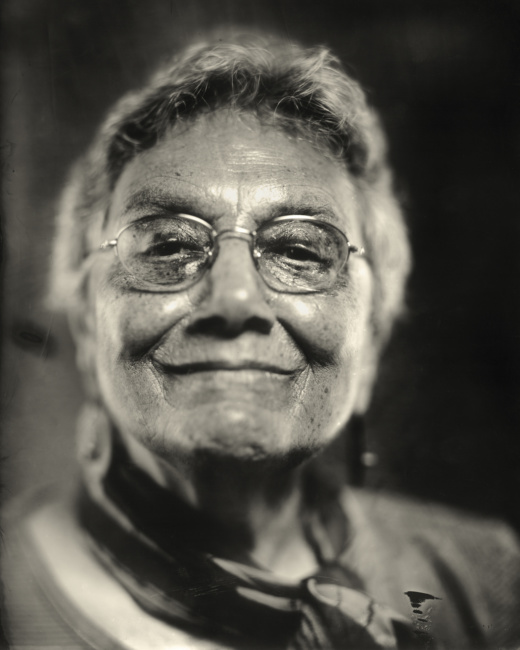