The campers’ shirts read “Redefining what it means to be GLAM.” It’s the mission statement of the Girls Leadership Academy for Music, GLAM, a week-long music camp held recently at Syracuse University that encourages young women to be leaders in an industry that is predominantly male. 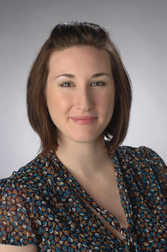 The camp, created by director Amy Mertz, began in summer 2013 with five girls. After Mertz read Lean In: Women, Work and the Will to Lead for a book club, she examined her own progression through the music industry.  She realized there was a clear, dominant male presence in the classical music world.

The book, written ibn 2013 by Sheryl Sandberg, discusses the roots of gender inequality and what women can do to try to level the playing field. Mertz embraced this concept, deciding it was time to make a change in the music industry.

When she presented her idea of a girls-only leadership camp, the reactions weren’t quite what she expected.

“Some people commented that the camp shouldn’t be just for girls if the goal was gender equality,” Mertz said. “But the issue is, there just aren’t as many options for girls.”

This year’s camp provided eight campers, from ages 14 to 18, with the opportunity to learn from women who have worked in the music industry. The campers studied conducting, conflict management, budget management, prioritization and rehearsal techniques through workshops, mentorships and performance.

The culminating event for GLAM was a concert that the girls prepared during the week. Each girl took turns directing her peers in a chamber group setting.

Philomena Duffy — a graduate student at the Janklow Arts Leadership Program, at Syracuse University, composed folk songs for the campers. Each of the eight pieces is a couple of minutes long and arranged for four parts. This provided each girl with the chance to lead her peers.

The prospect of conducting and receiving feedback from her peers was what Julie Coggiola, 15, was most excited for. She attended the camp in 2013 and returned because of the connections she made and because of the values her mentors taught.

“GLAM introduced and expanded upon the idea of being a good leader in music and everyday life,” said Coggiola.

During a workshop called “Academy,” the campers discussed current events and  how expectations varied for men in women. Mertz showed the news conference for The Avengers.

“We had the campers examine what types of questions the actors were asked,” Mertz said. “We noticed that the men were all asked questions on the importance of their character, where as Scarlet Johansson was asked what workout regimen she had done to get in shape for her part.”

Coggiola was surprised by the inequality between men and women.

“I just assumed everything was equal,” Coggiola said. “But maybe we still have a ways to go.”

This is what Mertz hopes to bring to the attention of young girls for years to come through the power of leadership in music.

Fall Music Lineup Sounds Good
In A Jam
To Top