Syracuse musicians, Jess Novak and Brian Golden, are on tour for one month. Read about it here.

I read a book early in the trip called Mutant Message Down Under. It’s about a woman who is taken in by the aboriginals of Australia and made to live completely in the wild. She goes without all the things we call “necessary” in our daily lives, or at least couldn’t imagine living without. There is no technology and barely any food, shelter, clothes or water. Yet, at the end of her journey, she’s exposed to some of the greatest secrets of humanity and learns the oneness that connects us all when we learn to go “without”, though we’re actually going very much with the most important things in life – family, friends and the non-material things that money can’t touch.

When you’re living on tour out of a van – I think you’d be hard-pressed to find a better book to read at the start.

(Brian) Golden and I are living the modest life – one of couch-surfing, Dunkin Donuts wifi stops and minimal “comforts”. Yet, I can see both of us changing in so many fantastic ways, both internally and even physically, as we press on. 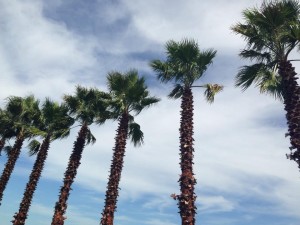 Touring as an independent band isn’t glamorous. No, we don’t have hotels every night, we are not treated like royalty, followed by cameras or paid butt-loads of money. If fact, we think we’ve scored tremendously if a place feeds AND pays us. (For God’s sake, we get excited if a rest area is nice.) However, we’re also grateful for every beautiful day (literally, the weather is amazing) and every opportunity we have to share our music with new ears, whether it’s in a park under a palm tree or at a venue on a stage.

The lesson we’re learning is that, while this model of touring isn’t sustainable (I hope next time we’ll have a bed to sleep in every night), it’s a priceless lesson in values. When I say we’re both changing, I mean it in a variety of ways. Confidence is growing as we touch people we’ve never met before. They are not our friends and family (yet), but they feel the need to share with us how the music made them feel. We’re learning how to adapt to environments, find the best in situations, modify our sets, experiment more freely (we’ve played shows where we throw in jams, with lyrics, totally free-form and improvised – FUN!)  and appreciate the small connections.

We both feel physically better than ever. I’m still getting to a YMCA every day, swimming and running and feeling stronger – motivated by the ever-changing environments to switch my routine. We’re eating less and appreciating the real food when we come across it (we had bananas the other day and it was like seeing the sun for the first time). Very often when we’re playing at home, it’s easy to drink more than we should, knowing our bed is around the corner. But when you’re on your toes every moment of the day, any loss of control or awareness is noted – so we’re drinking less. We’re spending days in the sun because there is no home with a television and computer to sit in front of and we’re waking up early because the sun prods us with it’s warmth and light every day. 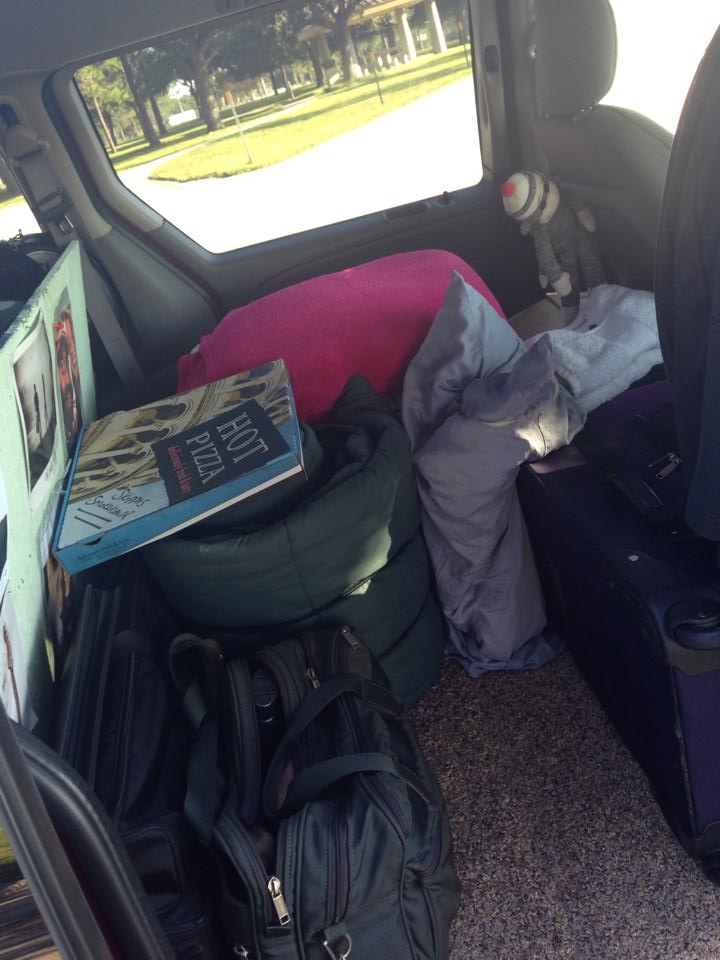 We’re learning how to be financially savvy, and I’m even running the finances, which is unheard of (I am 400% an English/arts person, NOT math…can you tell?) – and furthermore, I’m enjoying it.

Golden is shining as he connects with people who instantly gravitate toward his talent, which seems to grow every single day (that’s saying a lot since he was incredible before we ever left). And his genuine spark for life, for music and for people draws them to him more with every show. It’s so inspiring to watch.

We’ve made friends we’ll keep for a lifetime so quickly and we’re connecting with people we haven’t seen in years, all sharing in the excitement and joy of what we’re doing.

We’re also ever mindful that we’ve been given, or perhaps we made it possible, to live our dream. 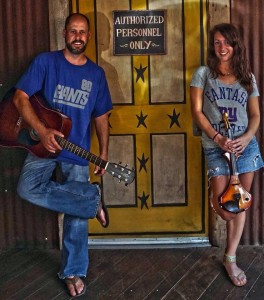 This all said – it’s tough to sit here and say what all we’ve done since the last entry, fact by fact. We’ve traveled from Myrtle Beach, South Carolina to Tampa, Florida. We’ve played shows in Athens (Georgia), Gainsville (Florida), Lake Mary, Orlando, Dr. Philips and were even able to play The House of Blues in Downtown Disney thanks to a Syracuse friend, Mark Macri (he is the MAN!). We’ve been to the ocean, looked for alligators and experienced life at a wildly heightened state. And we’ve still got 18 days to go.

Yes, we’re bright-eyed and bushy-tailed, green to all of this and I’m sure the seasoned vets think it’s cute. But I hope it also reminds them how refreshing and invigorating sharing the music is and can be. The comments we’ve gotten from so many people remind me not just what music is about and what it can do, but what living is about.

Read the previous ‘On The Road’ Installment – HERE

The Espresso Shot (#023)
Beyond Our Control
To Top