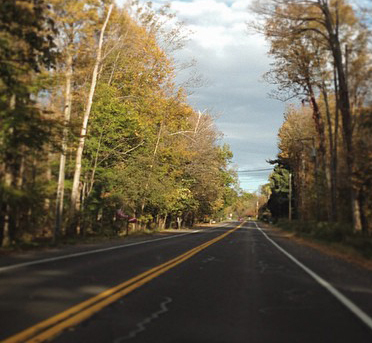 Everything happens for a reason

On Friday, some regular Joe was passing by while en route to the exit. Skaneateles’ LakeHouse Pub was crowded, filled with what could presumably be the standard end-of-the-week crowd. Some members of a wedding party trickled in. There was no music, but dissonant noise of vocal bar patrons harmonized: talking through drinks and drinks talking through them, talk of love and the love of talk, and the boisterously silent that stirred the place more than the cute brunette, who was cheering for her baseball team amidst the conversation.

The guy passed by, and moving my stool back a little bit to allow for more room was not necessary, but polite. As I stood, he passed and stopped. With a slightly tilted back head and squinted eyes and curled-in lips as if he couldn’t hold his alcohol-heavy mouthwash, he took a deep breath and poked my chest twice with his index finger. He did a two-poke again. I was asked if I knew the guy, and my response was a laugh-sandwiched “Nah.” 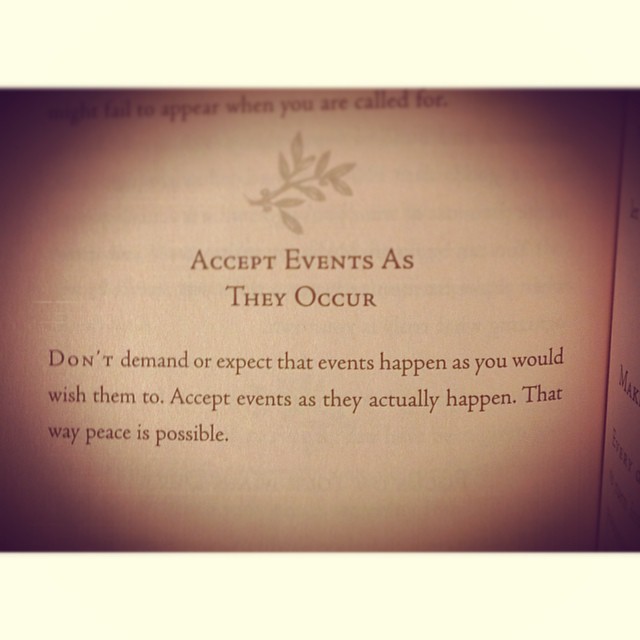 This supposedly happened for a reason (as everything does).

According to religions, this thing called “free will” allows people to live life like a choose-your-own-adventure book – all aspects to life are involved, including love – but there are no pages to bookmark or “return to page number” if an incorrect path is chosen. That in itself is cheating, defeating the purpose of those books, and that decision is based off free will; however, genetic engineering seems to be a growing trend, and human cloning shouldn’t be too far behind. (Ah, c’mon. It has to already exist.)

Regardless, I cannot fully ignore or erase the notion that I am on some path from birth to death. With free will, the chances of wandering is great and tempting to stray, but the paths would line up again. There has to be some purpose, unless we’re all actually living in limbo while we wait for our numbers to be called. I can come around to believe that notion: that this life is just an in-between, and this interim stage may not precede an exact heaven or hell. Maybe this life is hell? There are truly evil people lurking around, and diseases have us shaking more than ever. This one-or-the-other heaven/hell could be fuzzy, and the fork could lead to either an enlightened or regressive state. There is an inevitability of facing a conclusion or determination, because death is unavoidable … supposedly.

And then there are the methods for answers. 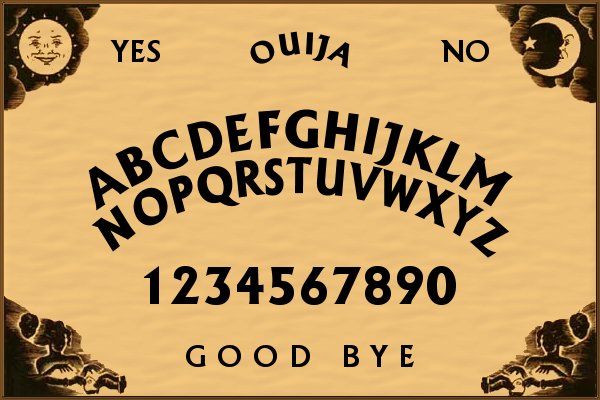 After rolling my eyes upon seeing the preview for that Ouija movie for the nth time, after a recent dinner discussion about the board itself, there is a board that still resides in the crawlspace. Despite the negative association with the Ouija board, there is no messing with it. It was fun using it back in the day and when I was a kid, it was nice having it around in college to freak the roommates out, but there was no purpose for screwing with it. In 2010, former roommates messed around with it; we had a fly infestation for about a month. No website – in other words, “person”-\- seems to know the proper way to get rid of a Ouija board. There is interest to keep the demonic toy just because and for aesthetic reasoning, and it’s in my opinion that this gateway opener only needs a good Holy Water shellacking.

Another option is to visit a psychic or palm reader and play a little game of Turn the Tarot. If the same cards were pulled out for consecutive readings, same deck or not, maybe I’ll believe it. However, fate has better things to do than play card games; she works 24/7 and gets paid nothing … with no benefits to boot. When I visited a reader at the Polish Festival (of all places), she took some verbal clues to come to a couple conclusions. The experience is fun to think about.

The third type of insight comes from an actual medium. Judging from personal (and other’s) experiences, not via television, it would be the most effective way to get some guidance and clarification. Information told to me has been fairly accurate, but there has been some loose associations to the specificity. For example: Last September I was told that I’d be working for a non-profit and writing grants; as of last month, I am doing so. Some aspects coincide with the Polish palm pilot’s reading earlier that year.

I experience a lot of deja vu moments, and many are small and never written or talked about. A most recent one pertained to a car ride, a meeting, and how the sunlight was reflecting through the windshield. Someone made some sense very recently by stating that these moments are purposeful aides, telling you your life is on track. Life is funny like that, because as of recently my life doesn’t feel as if it’s on track, meaning my life is not supposed to be on track … yet. As shitty as it feels a lot of the time, it feels great that the negativity is purposeful and can be benefited from.

“I dwell in Possibility … “

The above quote is a maxim that follows me. You’ve probably seen it on a few of my blog posts; sure it’s for effect, but as a stream of consciousness writer, its placement keeps me focused. It could be edited out, but that kind of editing takes away from a raw aura. And that’s how life (and writing) should be lived – in the moment. Regardless if the passage or purpose of a piece was planned out, the process of writing and typing is in-the-moment, and ideas and directions change.

I am cognizant of my actions and clearly know the difference between what is right and wrong. I still have the ability to do as I please. But everyone else has their own role to play. Oh, Shakespeare – the world, a stage. Being held accountable for a person, someone who chooses not to care or to dismiss their conscience is not my issue, but their actions affect me.

I took a drive yesterday and back out to Skaneateles. It was for a work-related purpose that was later shot down, but it was good chance to clear my head. Instead of a stool in a dark recycled-air pub, a park bench allowed me to stretch my legs and lungs out with a coffee in-hand. There was no noisy barroom with people beautifully living their in-the-moment life recesses or cheering for teams; but the water was choppy, the waves were roaring and crashing against the rock wall, but the picture was still beautiful and serene.

The drive home was a sunny and clear trek. A vacancy for an open road allowed me to stop the car and take a picture of the moment, environment, and the silence. The landscape is nothing insanely breathtaking, but it is what it is. The road ahead to home, at that moment, felt familiar but unpredictable. Aside it being a road traveled many times before, what could happen is unpredictable and written in-the-moment.

Friday night confrontation with the chest poking swirled through my thoughts, perhaps it was to say: Hey, sit back down, you’re fine.  After I didn’t sit down and continued to make more walking room, the reprised action was interpreted as: Hey, what did I just say?  Then he quietly walked away; his friends seemed to miss this happening. Of course, I could analyze this all day, or not. There could be no reasoning to it. But there was this non-threatening interjection and reminder to take it easy and enjoy the present. And that’s important, because what is done now affects what is experienced later; the cycle is continual and the “stages” are blurred.

I sat at the edge and looked down into the water and my disheveled reflection. It would have been interesting to be that character, the one who just falls face-first into the water.

But this part of the lake is shallow, and I didn’t bring an extra change of clothes.

#takeatour of Seward House Museum
Free Will Astrology
To Top