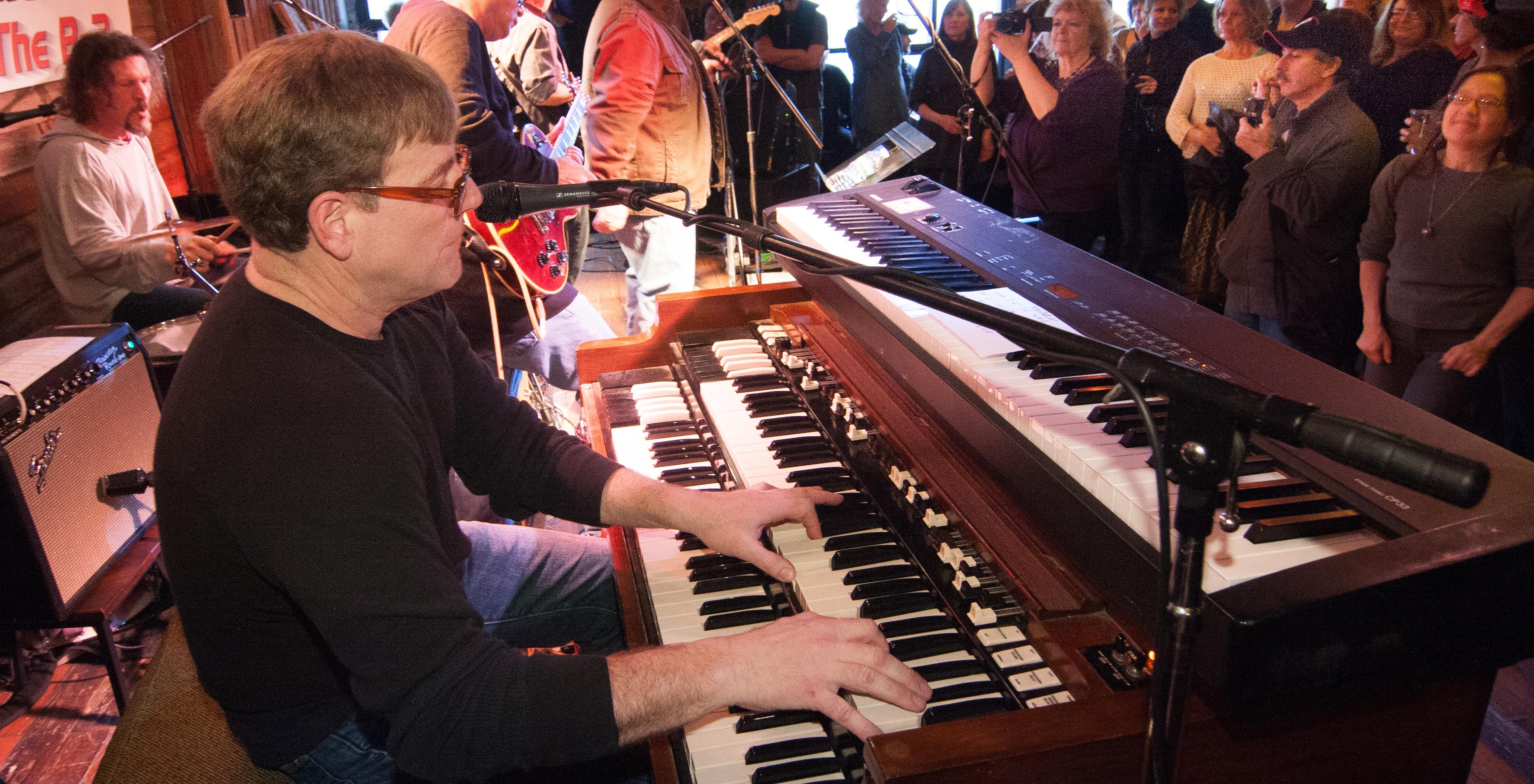 The 2018 Syracuse Winterfest offers an 11-day stretch that celebrates fun in the Salt City, with chicken wing walks, chili cook-offs and ice carvings to lure Central New York residents to enjoy the downtown happenings. But while all good things must come to an end, at least the traditional Winterfest finale always provides some harmonious ear candy.

That’s when the 14th annual Hammond Jammin’ takes over the Upstairs at the Dinosaur Bar-B-Que venue, 246 W. Willow St., on Sunday, Feb. 25, noon to 6 p.m. The free six-hour concert, which usually gets packed for much of the afternoon, will be hosted by Jammin’ organizer Gerry Testa and WNDR-FM 94.1, 95.3 and 103.9 (The Dinosaur) morning-drive personality Nick Caplan.

The daylong tribute to the Hammond B-3 organ is also a salute to rock, soul, rhythm’n’blues and every other musical genre that required the instrument’s big, beefy sound. Musicians such as Isaac Hayes, Felix Cavaliere, Gregg Allman, Steve Winwood, Booker T. Jones, Jimmy Smith, Phish’s Page McConnell and John Medeski employed the Hammond B-3 for their album tracks.

Syracuse New Times photography editor Michael Davis, who will be performing on Sunday, has labeled the B-3 as “the king of keyboards. At one point, you couldn’t be considered a rock band if you didn’t have one.”

Davis has played at every Jammin’ event, including previous locations such as Bar, P.J. Dorsey’s, The Zodiac and Wise Guys, always with trusted harmonicat Li’l Skippy Murphy at his side. This year his musical crew will include The Coachmen and Kia plus guitar guru Mark Hoffmann.

Since the B-3 weighs around 425 pounds, making it difficult for bands to use on their gigs, Atlantic Hammond will provide the hefty organ that will be used Sunday, along with a Leslie speaker that will weigh 150 pounds. “Bands don’t use trucks anymore to lug equipment,” Davis noted, “and stages for bands are smaller these days, so a B-3 these days is not really practical.”

Davis still owns his B-3 that he bought in 1968. “I begged my parents to co-sign for it,” he recalled with a laugh. “It was $64.07 every month for four years. I could have bought a new Buick for that kind of money! It was a lot of money back then, especially when you were making 25 bucks per gig.”

This year’s Jammin’ lineup will offer Gerry Testa and Plan B featuring Vera; Rick Jewett with the Lawless Brothers; Al Petroff with his blues brothers Phil and Mike with the House Party Band; Bill Barry of Stroke with Monkey Fever; Michael “Groove” Davis with The Coachmen and Kia; Dave Solazzo and the Hip Replacements; and the Jon LeRoy Trio.