For years, Syracuse had a void in the music scene that kept many mid-level artists from coming through. Without a 700-person capacity space, artists and agents either had to choose between bar-sized rooms or major venues like the Landmark Theater — or else they bypassed this market.

This situation forced concertgoers like Dan Mastronardi and Sam Levey to visit Ithaca or Rochester for the shows they wanted to see. And they would find themselves surrounded by a hundred other Central New York music fans each time. So in 2008 Mastronardi and Levey teamed up and filled that gap with the opening of the Westcott Theater, 524 Westcott St. Now celebrating 10 years, the Westcott has hosted some of the biggest acts in music, along the way becoming a complete scene-changer for Syracuse. 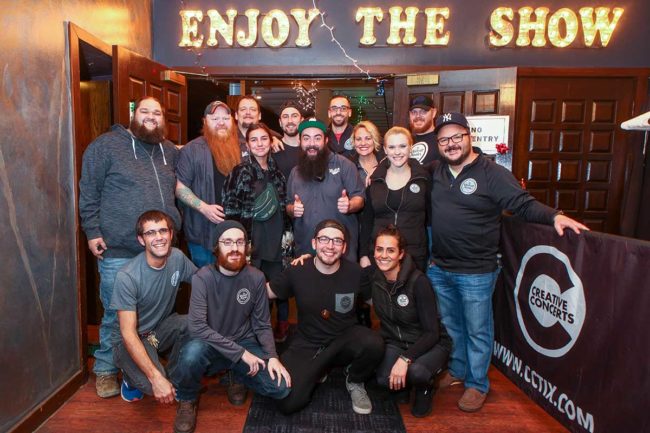 He started small with shows at venues such as Old City Hall, Bull and Bear and Downtown Manhattans. But when he started booking acts at the Mezzanotte Café on North Salina Street, things picked up. Suddenly musicmakers like Grace Potter, Lotus, Dirty Dozen Brass Band, Ryan Montbleu, Marco Benevento and more were playing the room — before they were major names. Mastronardi began cultivating a dynamic where artists would play to a dozen or so people the first time around, but would then perform in front of 100 or more in subsequent gigs. It became clear that he needed a bigger space.

During that time, Levey asked Mastronardi to book the band Raq for his 30th birthday. The group was a stretch for the Mezzanotte, but the show sold out and that success bonded them as a team. While Levey came from a bar management background, Mastronardi was firmly planted on the booking side. That division of talents was perfect for their goal.

Mastronardi was also familiar with the Westcott Cinema, a fixture in the heart of the Westcott Nation since 1928. “I saw (the documentary) Bittersweet Motel by Phish at that movie theater,” Mastronardi says. “And I thought then that this would make a great music venue. I was outgrowing the small bars downtown and found out the cinema was going to be closing and they were looking for someone to lease it. We jumped at it.”

But leasing the theater meant a new mountain of challenges. Mastronardi and Levey spent everything they had creating the space and they handled much of the transitioning work. Once they started booking shows, they risked thousands of dollars betting on which bands would draw and which would leave them at a loss.

“I was buying Ramen noodles for dinner at Wegmans and my card got declined,” Levey recalls. “All my cards were maxed out. I didn’t have a nickel in my pocket. But some guy recognized me from the newspaper because of the Westcott and he bought me my Ramen and Mountain Dew.” 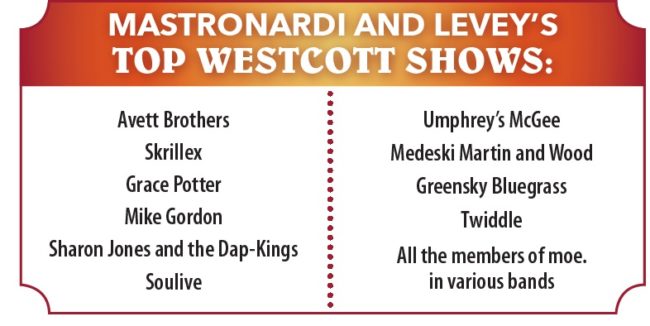 Levey and Mastronardi were determined to lay it all on the line to make the Westcott a success. That camaraderie and commitment soon started to pay off. Two additional partners, Alex Balstra and Jack Butts, joined the team after the theater opened and shows started gaining traction.

“I gave Dan a dream list of 10 acts I wanted to see at the theater in the beginning,” Levey says. “Dan had nine of them in the theater within the first year.”

While the quality of acts was impressive, it was also Mastronardi’s knack for mixing the Westcott’s concert slate that helped lure different music listeners. Parents would bring their kids to a show and see a poster of upcoming events with names they wanted to see. And with the venue so close to Syracuse University, college students made the Westcott a frequent stop.

“If you ask five people if they’ve heard of the Westcott Theater, they say yes,” Mastronardi says. “I wanted to create a music venue that changed the landscape of music in Syracuse, and I’m proud that I’ve been able to last as long as I have. Ten years is a long time to be a music venue. It’s a huge accomplishment. I had naysayers from the beginning, but I thrive off of that. I learned something from (the reality-TV series) Bar Rescue. He says, ‘I don’t embrace excuses. I embrace solutions.’”

Mastronardi is also quick to recognize that it wasn’t a one-man team that made the magic happen. “You’re only as good as the people you surround yourself with,” he says. “I can’t take full credit. Partners, fans, employees, interns: The theater is important to everyone.”

Mastronardi and Levey both noted how satisfying it was to watch the career progress of musicians who were paid $200 for their first show and are now getting booked for major music festivals. “We’ve been able to see transformations of artists who show up in a van and then turn into full rock stars, playing the same stages as Beyonce,” Mastronardi says. “If you look at the lineup for Electric Forest Festival, every one of their headliners has played the Westcott. Now they play to more than 50,000 at those festivals.” 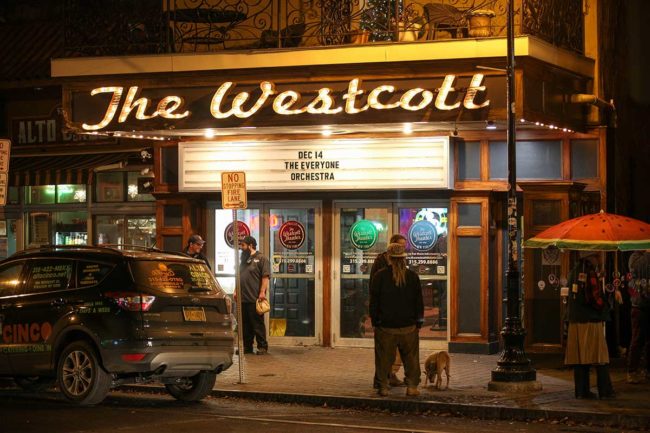 But with those major accomplishments came equal risk. “People think the business is rainbows and lucky charms,” Mastronardi says. “It’s not. My anxiety is terrible, with the stress and the pressure of this business. It’s extremely competitive. You always need to know what’s going to be popular next. When you risk $10,000 every day, that takes a toll on you.”

Levey left the Westcott in 2014 but still looks back fondly on his time there. “We knew Syracuse needed this,” he says. “All of our families wanted to see these shows. They were tired of not having it in their hometown. To this day, people give me hugs and say that certain shows at the Westcott meant the world to them. They saw their band at the Westcott. That made it all worth it.”

“Some interns and students that were with us are big agents now,” he says. “I’ve been able to teach students and see them go on to work with territories and doing good things in the music business.”

Mastronardi promises a “wicked solid” schedule for 2019, with some acts that haven’t played the venue in years. He also plans to upgrade the visuals and sound system at the theater.

“One of the biggest things to overcome for us was that the city and the community was scared,” Levey says. “There was pushback. It’s important for the community to realize it was a success story. If other local businesses want to bring something, be open. It’s made a difference. I hope the city continues to welcome business. It makes our city. I can’t blame the Westcott community for being nervous about a 700-capacity nightclub in the middle of a neighborhood, but now people move there just to go to it. I’m proud of what we did.”