Last Thursday, my partner and I sat down to watch some television before bed. As I often do to this poor soul who has decided to spend his time with me, I suggested that we watch a new show I was positive he would love: Orphan Black.

After the first episode, he turned to me with a concerned frown.

“But how do you know?” I asked, incredulous. “You’ve only watched one episode!”

The next day The A.V. Club published its ongoing AVQ&A series, where it asks several of its writers the same question. Friday’s question was about “cultural dealbreakers,” or “cultural products that someone can profess to enjoy only while losing all of your respect.”

Among the critics, a theme emerged. Many could not, or would not, deal with people who are unwilling to explore new cultural pathways. David Anthony, digital manager at The A.V. Club, summed up the consensus.

“It’s not that I ask for people to be connoisseurs of each and every artistic endeavor, but being open to a new experience, well, that makes a world of difference.”

“I do run into something that (probably unsurprisingly) baffles me: not wanting to analyze pop culture. Besides the pitfalls of not thinking critically about what’s being offered for consumption, so often people seem to think analysis is overthinking and any criticism is condemnation, instead of part of the process of greater appreciation of pop culture for everybody.”

As a pop culture democrat (most of the time) and strong believer in criticism, I agree. I bet most other critics would agree, too. We’re not always the best barometers of public taste because of our tendency to analyze and deconstruct.

Personally, I rarely write something off – a TV show, an album, a book, a film – without giving it a fair chance to grab my attention. For me, a fair chance is at least a few episodes, or a few songs. I hardly ever refuse to finish a book or a film.

For my partner and for many others, all it takes is a taste. If it doesn’t grab him in the first half hour, he’s out. No more chances. On to the next thing.

This difference got me thinking: taken together, as fans of TV, why do we watch? What do we want out of our television experience?

1. We want to be entertained. Who doesn’t love to laugh, cry or cheer for someone else’s life story?

2. We want to escape. A trip to a foreign land or a window into someone else’s stressful life – cut by comic relief, unlike our own – is a welcome respite at the end of a long day.

3. We want to learn. Whether it’s the news of the day, a ride on Neil Degrasse Tyson’s Ship of the Imagination, or a tour of what it’s like to work a Dirty Job, there’s a lot to learn by watching television.

4. We want to analyze, criticize and engage with our culture. This is what makes critics like myself tick. Television is both a teacher and a reflection of social values. By paying attention to its trends and nuances, we find a window into the big picture of our collective consciousness. Fun, right? Okay, maybe that’s just me.

The greatest thing about our current pop cultural landscape is its diversity, which allows all of these styles of watching to coexist – even, sometimes, within a single person. Today you can watch however, whenever, and whatever you want – there’s something out there for everyone.

Why do you watch TV? Do you have any “cultural dealbreakers”? Let me know on Twitter at @sarahmusing.

Binge Pick of the Week: Community 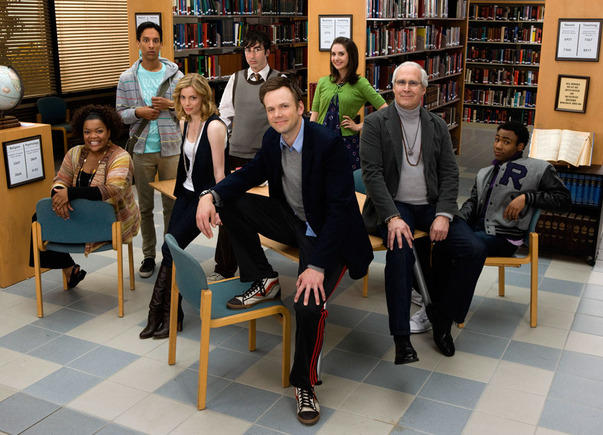 NBC cancelled this much-loved series after its fifth season. (NBC)

Despite lackluster ratings, the series developed a cult following on Twitter, and many critics laud it as one of the best network comedies in recent memory. In the past, with shows like Arrested Development, this has been a formula for an independent reboot. So, if you love it, there may be hope for more.

For fans of: Arrested Development, The Office, Parks and Recreation

Where to stream: Hulu Plus

May 16, 1929: The first Academy Awards are held at the Hollywood Roosevelt Hotel. The awards would not be televised until 1953.

May 17, 1973: The televised Watergate Hearings begin. The three networks – NBC, ABC and CBS – shared coverage of the hearings. Together they amassed 319 hours of coverage over the 83 days – a record amount of coverage for the time.

May 20, 2007: The Simpsons airs its 400th episode, “You Kent Always Get What You Want.” The episode also celebrated The Simpsons’ 20th anniversary, opening with the “Family Portrait” short that first aired on The Tracy Ullmann Show in 1987. 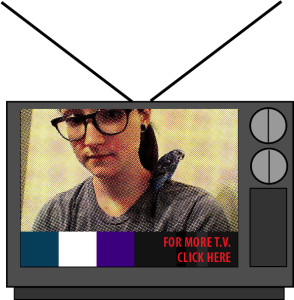