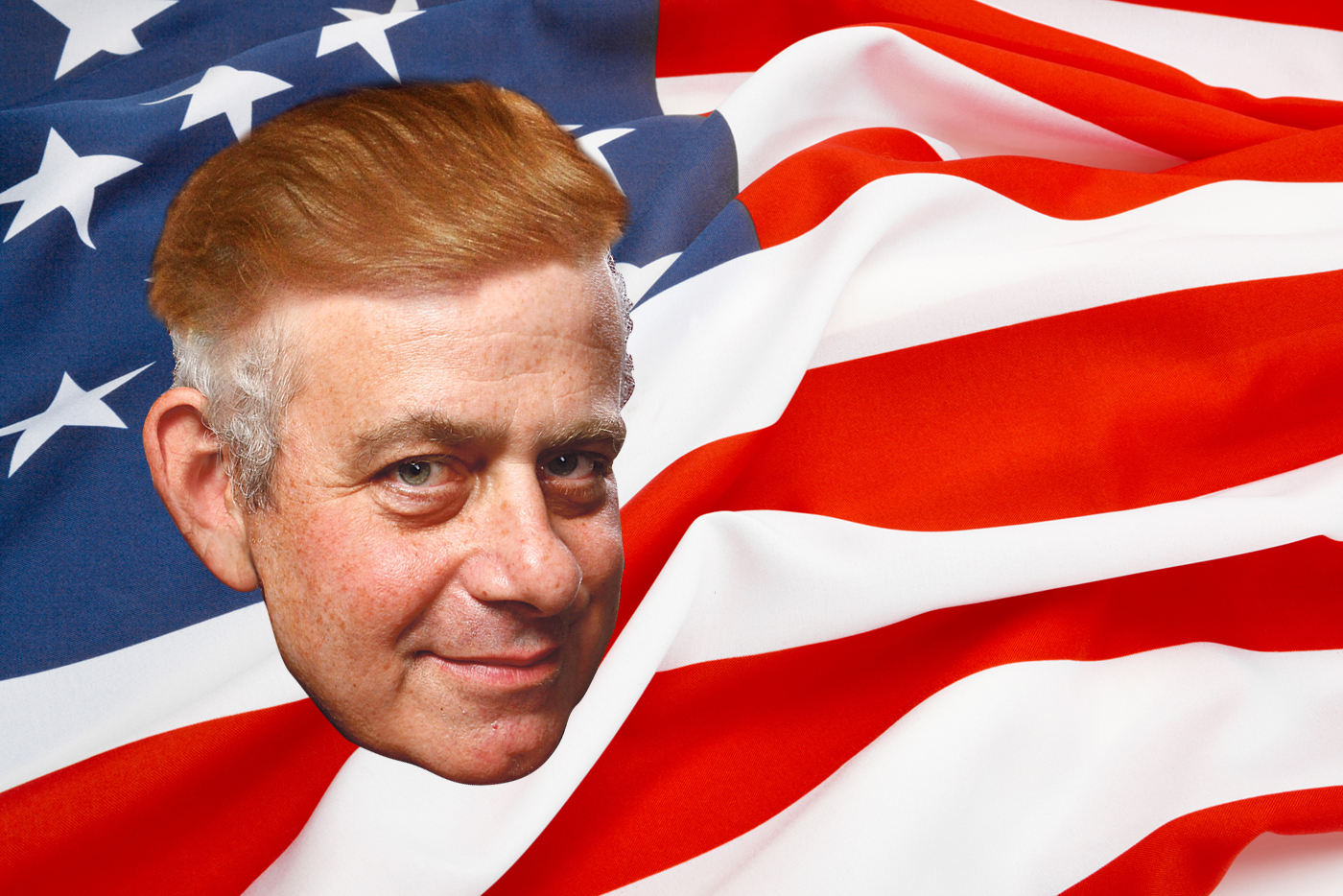 A certain presidential candidate’s policies resemble that of a dictator.

I’ll try to plow through this column without mentioning that presidential candidate everyone is talking about. And no, I don’t mean John Kasich.

It’s nothing personal. I just don’t want to anger the unnamed candidate’s supporters who are already plenty angry — and with good reason. They’re angry because the United States has the planet’s No. 1 gross domestic product and the second highest percentage of college graduates, and because we lead the world in people who believe angels are real.

Wait, why is everyone so angry again? It doesn’t matter. All you need to know is that millions of us are furious, which makes it tempting for some to embrace an all-powerful leader who promises to swaddle us in the blanket of awesomeness we enjoyed in the decades after World War II. Back then, America had no worries except for Valium addiction and the constant threat of thermonuclear annihilation.

Naturally, it’s tempting to want to turn back the clock to those days — unless you’re a minority or gay person (gay people did not technically exist then) or you find the idea of sharing your phone line with another family weird.

The candidate everyone is talking about speaks to these yearnings. He makes us feel as if we’re being invited to the ultimate 1950s theme party, with unlimited turkey tetrazzini, a Rob Roy waterfall and a special guest appearance by the McGuire Sisters. The coolest part is knowing that the party is off-limits to all the riffraff: the U.S. Constitution, actual facts and fat, ugly losers who whine that the host is a fraud.

But here’s where it gets tricky, especially if you don’t pay much attention to politics — which is roughly 70 percent of America, according to most surveys. A supreme leader who answers only to himself is something known as — feel free to jot this down for future reference — “a dictator.” Generally speaking, dictators are “bad.”

Now, by bad I don’t mean they use the wrong email server or sign off on an imperfect health care bill. By bad I mean imprisoning and executing political enemies, muzzling the press and falsely claiming to have been attacked by defenseless neighboring countries.

A typical day for a dictator will begin with a lengthy grooming session, followed by a light breakfast and a declaration of war. Other activities might include attending the execution of a top aide and spending some quality time with a newly kidnapped sex partner. More days than not, you’ll get a blistering State of the Nation address that sounds disturbingly like County Executive Joanie Mahoney’s March 1 speech.

Granted, once in a while, a dictator comes along who is to absolute rule what Keanu Reeves is to acting. You can tolerate him for a few hours, but after that you start stuffing Raisinettes into your ear canals.

Another strand of dictator provides a service of sorts by keeping rival ethnic groups from killing one other. Trouble is, the dictator accomplishes this by routinely massacring members of ethnic groups that he does not belong to. With civil war averted, the country can re-focus on the endless task of erecting monuments bearing the flattering image of the dictator. It is a non-debatable point that the dictator’s penis is exceptionally large.

And these are the “good” dictators. The bad ones suck way worse. A common mistake people make is believing that if they support a dictator, they will be inoculated from his wrath. Sorry, Gov. Christie, but it rarely works that way.

Adolf Hitler (Google him!) ordered the assassination of the leader of his beloved Brown Shirts, a group of paramilitary thugs. It just felt right. Kim Jong-un of North Korea executes so many members of his inner circle that it’s almost insulting to be spared. He had his own uncle put down and, after that, his defense chief, Hyon Yong-chol, for falling asleep during a military rally. Looks like Yong-chol picked the wrong time to cut back on the official soft drink of North Korea: Mountain Jong, Code Red.

So, here’s the deal: If you must vote for the candidate in question, that’s your choice. Just know the potential consequences. Attractive as it sounds, life under a fear-mongering egomaniac serial liar with anger management and impulse control issues probably won’t be all it’s cracked up to be.

My name is Ivana and I approved this message.