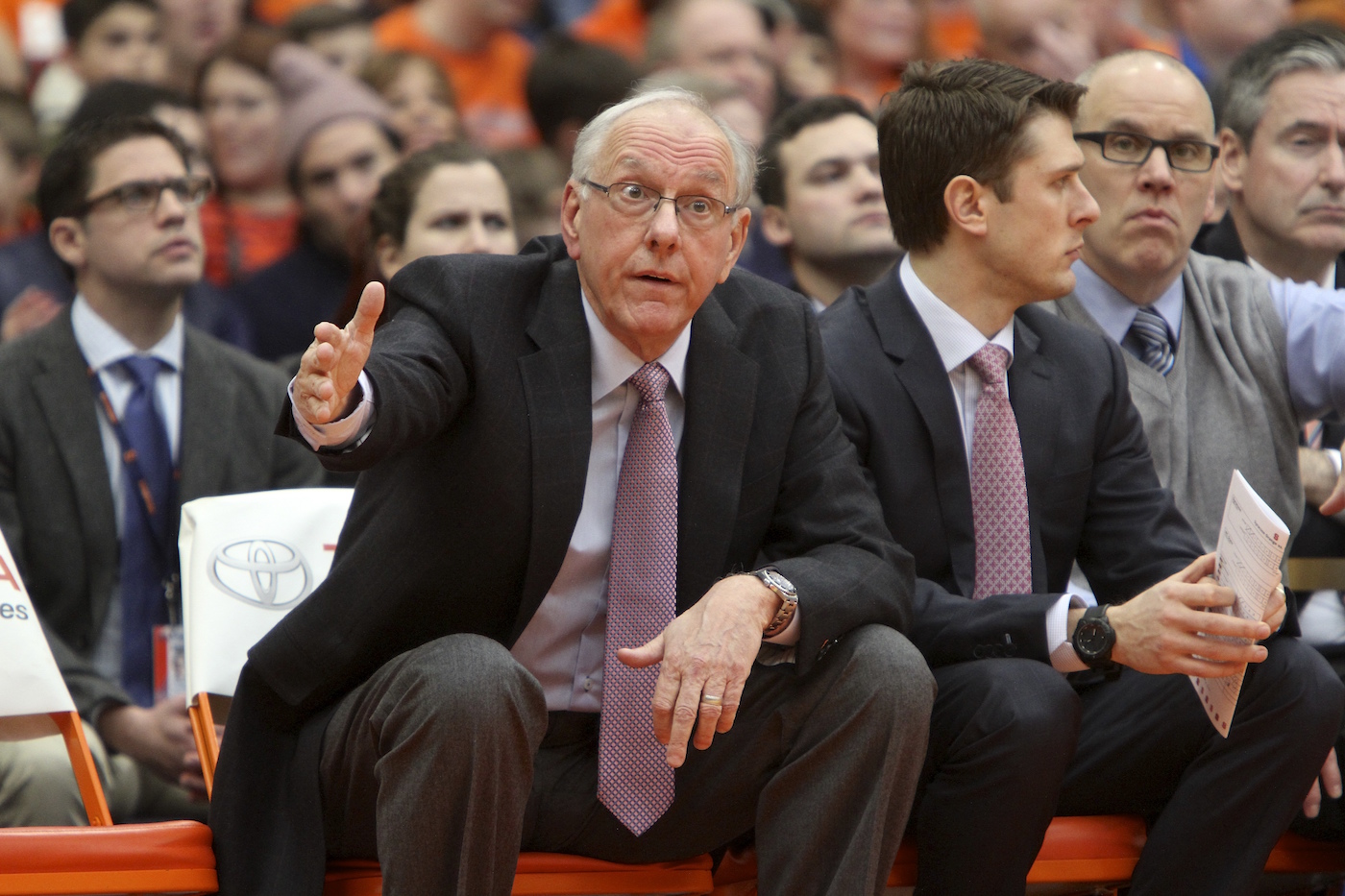 When the Syracuse University men’s basketball team didn’t make the NCAA Tournament last season, you could definitely say the Orange had no one to blame but themselves. And if SU misses again this year, you could probably say the same thing.

By losing four of its last five Atlantic Coast Conference regular-season games, including the disappointing 78-73 loss at Florida State on Saturday, March 5, the Orange (19-12 overall, 9-9 in the ACC) put itself squarely on the bubble for a NCAA Tournament bid. To get in now, the Orange will have to defeat nemesis Pittsburgh (20-10, 9-9) in the first round of the ACC Tournament on Wednesday, March 9, noon, or get a lot of help from other bubble teams. 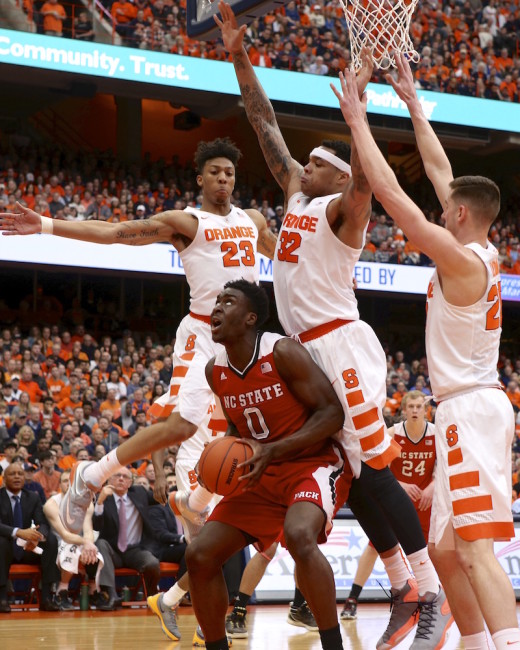 If the Orange doesn’t make it, it’ll be just the third time SU has missed the tournament in back-to-back seasons since the Orange started playing in the Carrier Dome in 1980-1981. Last season, amid an NCAA investigation into violations committed by the program, Syracuse self-imposed a ban in early February that prevented the Orange from participating in any post-season tournament.

It appeared this year’s team was headed for the National Invitation Tournament following a 0-4 start in ACC play that dropped the team’s overall record to 10-7. But Coach Jim Boeheim returned after an NCAA-imposed nine-game suspension as one of the penalties for the violations, and the Orange rattled off eight wins in nine games after losing to North Carolina in Boeheim’s first game back.

Sitting at 18-8 and 8-5 in the ACC in mid-February, SU looked like a shoo-in for the NCAA Tournament. But the four losses in five games, including a home loss to Pitt and the road loss to a Florida State team that SU defeated by 13 points earlier in the month turned this Wednesday’s game into a must-win and left Boeheim in no mood to speculate about the Orange’s tournament chances.

“No, I’m not going to talk about it,” Boeheim said when asked after the Florida State game for his opinion on whether SU would make the tournament. “What good would that do? My opinion is that the selection committee will have to determine who the best teams are in the country. They’ve got 30 games already and then they’ll have the tournament also. They’ll have to make that judgment. That’s my opinion. But it’s no answer, because I’m not going to answer it.”

ESPN bracket expert Joe Lunardi gets paid to give his opinion, and earlier this week he had Syracuse and Pittsburgh among his four bubble teams. If he’s right, that means the winner of Wednesday’s game is in, and the loser is likely out.

Bracket Matrix is an outfit that tracks 66 published NCAA Tournament brackets and aggregates the seeds to come up with a consensus tournament field. Earlier this week, Bracket Matrix had both Syracuse and Pitt in the tournament — Pitt as a No. 9 seed and the Orange as a No. 10 seed — which also points to Wednesday’s game as a tiebreaker.

There are two ways to look at the Pitt game: The Panthers have Syracuse’s number, having defeated the Orange twice this season and four in a row since Tyler Ennis’ buzzer-beating half-court shot downed Pitt in February 2013. Or, in Syracuse’s favor, it’s really difficult to beat a team three times in the same season.

In both games this season, the Panthers stormed past the Orange late in the game. In their first meeting Dec. 30 in Pittsburgh, the Orange led 59-58 with 3:54 left, but the Panthers outscored the Orange 14-2 down the stretch for a 72-61 win.

“The difference really was they made some offensive plays down the stretch,” Orange point guard Michael Gbinije said after the second Pitt game. “Offensively, we gave up too many opportunities, couldn’t get to the basket at times.”

It was following that game that Boeheim criticized Orange forward Tyler Roberson, the team’s best rebounder who managed just four rebounds and no points in 25 minutes. “If I had anyone else,” Boeheim said, “he wouldn’t play a minute.”

Roberson has played better since then, and the Orange frontcourt (Roberson, center DaJuan Coleman and forward Tyler Lydon) will have to man up Wednesday against Pitt’s veteran big men who are known for their physicality. It would also help Syracuse’s cause if Trevor Cooney and Malachi Richardson broke out of their late-season shooting slumps. And SU might want to cut down on those turnovers, too.

If the Orange gets past Pittsburgh, it will face the ACC Tournament’s No. 1 seed, North Carolina, at noon on Thursday, March 10, in the quarterfinal round. But by that point, the heavy lifting will have already been done and the Orange will be spending Selection Sunday on March 13 wondering where, not if, they’re going in the NCAA Tournament.

Orange Women Are In: While the Syracuse men’s basketball team will be sweating it out this week, the women’s team (25-7) is guaranteed a spot in the NCAA Tournament and a likely high seed after reaching the finals of the ACC Tournament before losing to No. 2 Notre Dame.