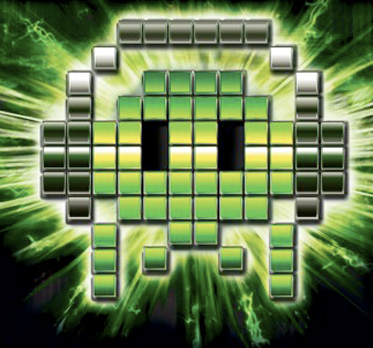 Symphoria, Syracuse’s local orchestra, played music from video games paired with video of the games perfectly timed to the music and a light show.

Last Saturday night, I was among the people crowding into the Landmark Theatre for a unique experience pairing classical musicians from Symphoria with music from video games: Video Games Live.

The concert featured Symphoria, Syracuse’s local orchestra, playing music from video games paired with video of the games perfectly timed to the music and a light show. Video Games Live creator Tommy Tallarico served as emcee and played electric guitar on many of the pieces, and composer Emmanuel Fratianni was conductor.

I noticed the most unusual thing about the evening as I was walking in. The average age of the audience was about 30, a far cry from the average age for a symphony’s usual crowd.

And Tallarico encouraged the difference, encouraging the audience to shout, applaud and make their feelings known throughout the performance.

“I created this show to usher in a whole new young generation to the symphony, but also to show the world how important video games have become in our culture,” he told the crowd.

The audience members took his instructions to heart, laughing as a unit when the choir of high school and college singers sang “Sega” along with the video intro to “Sonic the Hedgehog” and shouting out “Kingdom Hearts” when Tallarico gave audience members enough clues to guess what game would be featured in the next piece.

I enjoyed the introductory piece, which featured games I remember fondly — “Pong,” “Pac Man” and “Asteroids” — and not so fondly — “Centipede” and “Tetris.” And I smiled fondly as I listened to a medley of Super Mario Brothers themes sitting next to my sons, who nicknamed themselves Mario and Luigi. 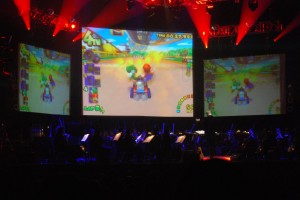 Anyone who considers video game music as beneath them really should play “Metal Gear Solid” just to listen to the complex rhythms and soaring violin work. The critically acclaimed music of “Journey” transported me with its other-worldly feel. And you could easily set the “Lord of the Rings” movies to the “Skyrim” score; both soundtracks speak of epic battles, love and loss.

If any doubt remains, a USA Today article two months ago reported that music directors and composers had a 10-year job-growth rate of 178 percent, making it the third-fastest growing occupation of all those tracked by the Bureau of Labor Statistics.

SoundCon LLC, which runs an international conference on game music, analyzed the numbers and found a strong correlation to the growth of the video game industry. In fact, the growth in  music composer employment can be traced to the opening of the Apple App store, in 2008, and the plethora of mobile game apps that have followed.