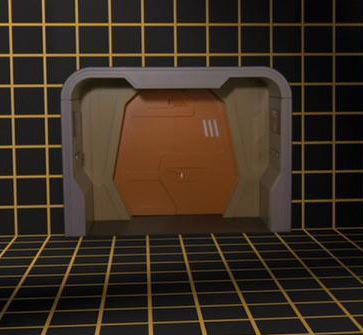 A room that takes you anywhere, to the moon of a distant gas giant or early 19th century London. Sounds like something that could exist only in science fiction? Not if the folks behind Project Holodeck and Turbo Tuscany have anything to say about it.

Project Holodeck borrows its name from the holodeck made famous in “Star Trek: The Next Generation.” A team of University of Southern California students in the Advanced Games Program are working with James Iliff, Nathan Burba and Palmer Luckey, founder of the hot virtual reality company Oculus VR, to produce a system that provides 90 percent of the virtual reality of high-end systems at 1 percent of the cost.

It’s a goal that became achievable only with the invention of the Oculus Rift, a virtual reality headset expected to ship next month that’s generating a lot of buzz among gamers.

The current hardware design of the Holodeck system uses the Oculus Rift for head-mounted video feedback, the PlayStation Move optical system for head tracking and the Razer Hydra magnetic system for limited body tracking. When combined, these systems allow the team to create a realistic 3D space that the user can freely move around in and interact with, Project Holodeck says on its website.

So far, the biggest problems have been injury to players’ bodies and their equipment as they move and jump in a small space when testing the system, said Turbo Tuscany creator Tuukka Takala.

“We kept tripping on cables from the Oculus Rift, and the solution to this would be to convert the Rift to a wireless version by creating a custom battery pack and using a wireless HDMI and USB transceiver,” Takala told Gamasutra.

But the perfect holodeck is still a ways away, said Iliff, of Project Holodeck.

“I think we’re getting pretty damn close with the current tech we have on hand,” he told Gamasutra. “But there is still a long way to go. Considering how far we’ve come since the Industrial Revolution, I would say that a perfect simulated reality of some form – like the holodeck – will emerge in at least two centuries.”

If there really was a holodeck, where do you want to go or what do you want to do during your first visit? Me, I’ve always wanted to travel to space so I’d probably pick a moon of Jupiter. Email me at [email protected] with your pick.