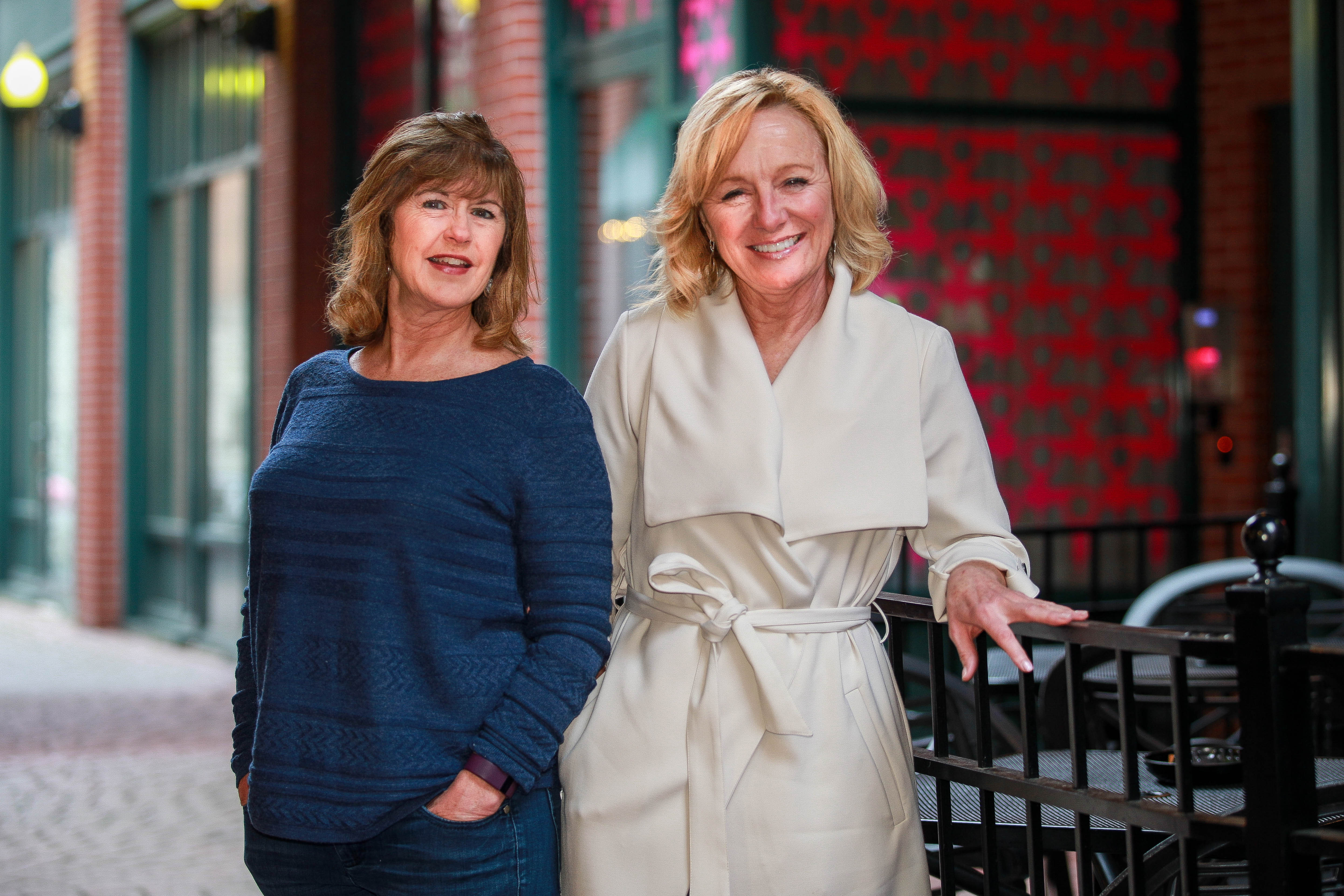 “Cut to the Chase,” an app developed by two Syracuse-area women, wants to keep the dating world straightforward, honest and safe.

Patricia Deferio and Michele Shannon first met each other nearly 50 years ago, when they were 16-year-olds during their first day on the job at a Friendly’s Ice Cream parlor.

The pair grew distant, which sometimes happens to friends, but their career paths brought them back together later in life. Deferio was the vice president of a health insurance company, and Shannon was a customer service representative for a different insurance company located in the same office building. The two saw each other through children, marriages and, eventually, divorces.

Being single and middle-aged was hard, they recalled. And online dating, developed to be a quick matchmaking service, was not an easy solution. Spending hours making your own profile, being bombarded by notifications and trying to determine which aspects of other people’s pages were true proved to be a nightmarish experience.

“When you go and meet somebody, and the guy looks like the grandfather of the person you think you’re meeting, there’s something wrong there,” Deferio noted.

The pair grew increasingly frustrated with online dating websites, especially when it was difficult to make a genuine personal connection without meeting in person — a leap that could be as annoying as a waste of time or as serious as a safety hazard.

The plan to take matters into their own hands began percolating in 2011. They spent days thinking of names for this imagined dating website, then taking notes of which elements could be streamlined or discarded. When a co-worker’s son, who had created his own startup app development company, said they could be onto something, the dream app idea began solidifying.

After working with several developers, including the local Tech Garden in downtown Syracuse, the pair had Cut to the Chase available on both the Apple and Android app stores at the end of 2017.

Cut to the Chase, with the tagline “dating made simple,” is their own take on the dating app. Along with doing away with the conventional profile, instead opting for a short video message, they also trimmed down the specifications.

“(Other dating sites) have a menu of things that you want, and they call it a menu!” Deferio said. “So ‘blond-haired, blue-eyed guy’ is someone I want, ‘who makes $50,000 or more a year’ and everything else, and then there may be some dark-haired guy over here who might not even show up on your list.”

“And it could be that he might have been the perfect match for you,” Shannon added.

Cut to the Chase allows users to select a gender, age range and location for their potential matches, and leaves the rest to authentic chemistry. It also has several safety features so users can avoid harassment.

Communication must be mutual in order to move forward, Shannon said. “If somebody sends you a greeting, and you don’t send a reply, they can’t keep messaging you: ‘What’s the matter? Aren’t I good enough? Didn’t you like my picture? What’s the matter with me?’”

This also applies to video chats: Both parties must have exchanged a greeting over texts before the option to begin a video call becomes available. Cut to the Chase also has an in-app reporting feature for inappropriate content that utilizes a saved portion of the video from just before the moment the button was pressed.

The pair acknowledged that they aren’t the demographic most would think of to create a dating cellphone app. Both women are in their 60s, and they proved that they could put together a project like this.

Their families are also supportive of the new business. Deferio’s daughter stars in the app’s commercials (which her fiancé helped to write), portraying a young woman who in one clip goes on a terrible date with a two-dimensional man; the joke is he’s literally a 2-D cardboard cutout. In another clip, she is surprised by the forward nature of a man she had to meet in person; when a naked man comes to the door with two glasses and a bottle of wine, she quickly closes the door in disgust.

Shannon and Deferio said now that the app is operational, they’re working to increase the number of users from its current hundreds. They’re working with out-of-state communications agencies to grow their market; their next steps are Atlanta and Boston, where they hope the app will cater to college students.

But they would love for Central New Yorkers to be the driving force. “We definitely have to boost membership, because Pat and I are tired, and we can’t date everybody,” Shannon said.