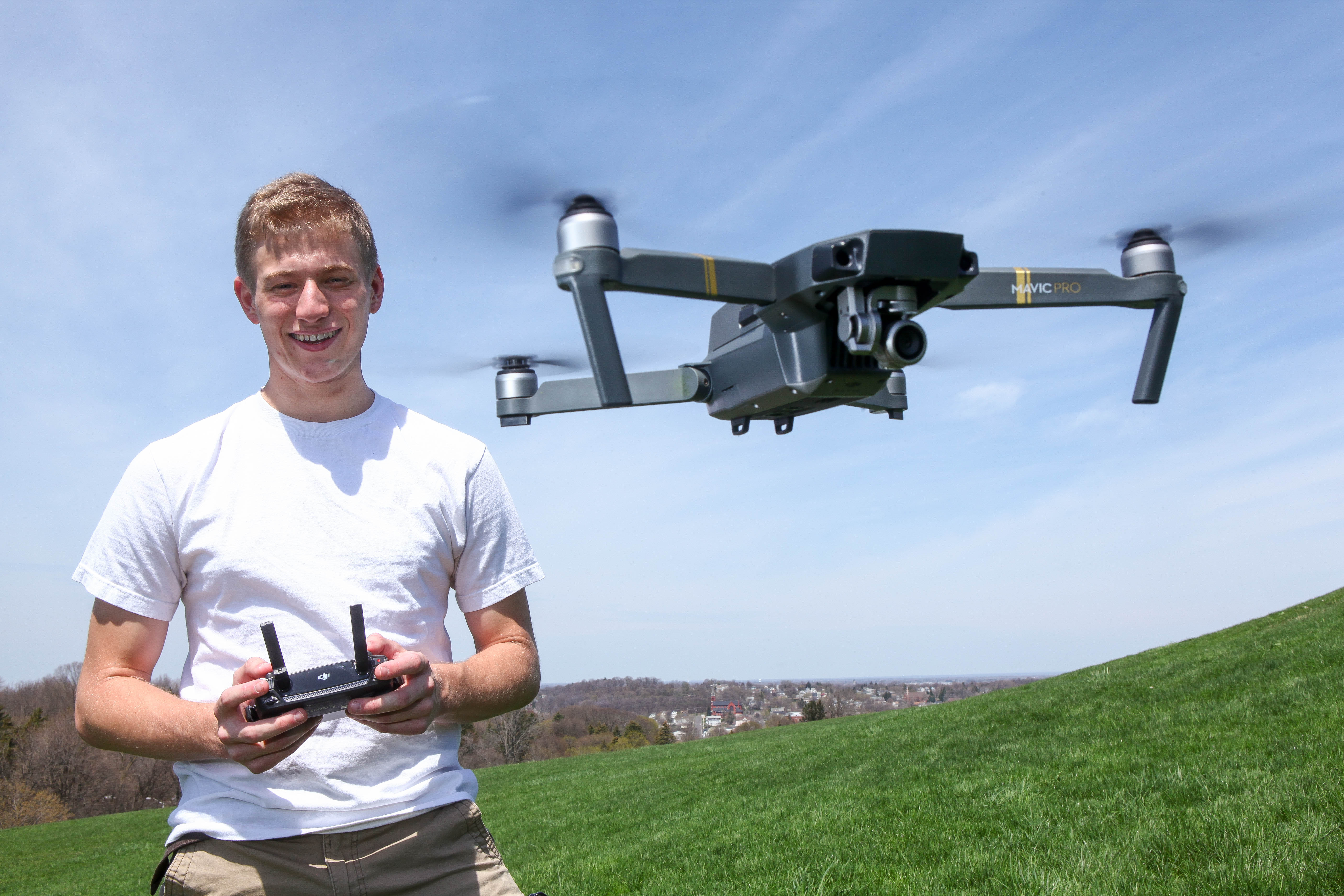 Drone Film Festival judge Chase Guttman: "The way to get an image that stands out has always been perspective for me, and drones are just that." (Michael Davis/Syracuse New Times)
Share
Tweet
Share
Share
Email
Comments

Whenever the topic of drones is discussed, one might concentrate on their impact on the shipping industry, such as Amazon Prime Air, or their use in modern-day electronic warfare, known as unmanned combat aerial vehicles. According to Amazon’s website, “One day, seeing Prime Air vehicles will be as normal as seeing mail trucks on the road,” which might sound like a futuristic view straight out of The Jetsons.

While both practices may have polarizing viewpoints on whether these are positive uses for drones, the New York State Fair’s Drone Film Festival will showcase how they are used for myriad purposes, including video and photography.

Festival creator and managing director Mike Massurin said he was inspired to start a drone film competition in Central New York when the Northeast UAS Airspace Integration Research Alliance (NUAIR) and Griffiss International Airport in Rome (one of seven FAA-approved drone test sites in the United States) were awarded a $4 million state grant in late 2014. The grant was awarded to install instrumentation to track unmanned aircraft in order to see and avoid other aircraft.

Upon digging deeper into the topic, Massurin discovered there was much more drone innovation taking place in the area. For instance, the first five miles of the CNY Drone Test Corridor opened in September 2017 around Griffiss. The corridor will eventually extend to some 50 miles of air space where drones can safely fly beyond the line of sight for testing and development. 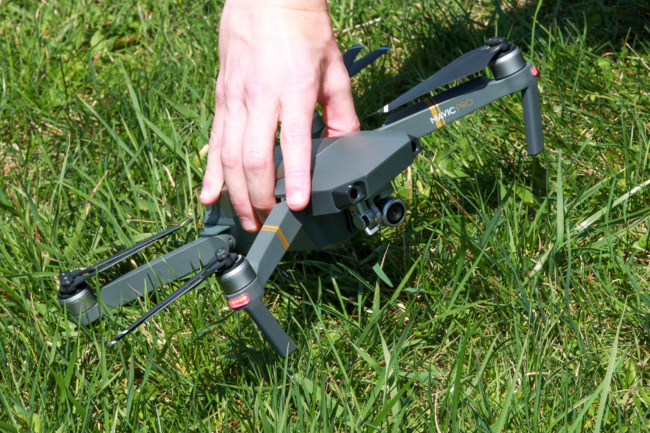 “I realized there was a much bigger picture in place and that some of this stuff that was taking place right here in Central New York was really groundbreaking,” Massurin said. “It was really exciting, and it was something that could have global impact.”

Massurin then pitched the idea to several local organizations about a potential film festival dedicated to drone activity around the world. When representatives at the New York State Fair heard about the idea, the festival received resounding support.

The inaugural event took place last August at the fair’s Art and Home Center, where 140-plus attendees took in the show on a Saturday night. From the crop of films submitted, the festival judges selected 24 from students, individuals and organizations in a range of categories that included narrative, landscape-architecture, showreel, sports, student and corporate-industrial-business. Winners were given a bronze, silver or gold medal as prizes, with several filmmakers available for question-answer sessions to discuss their respective projects.

Massurin believes viewing each film on a large screen adds to the drone fest’s allure, as opposed to simply watching online. “When you put something up on a big screen, you get that ‘Wow’ effect,” he noted. “That’s sort of what we were hoping for and what we got last year.”

A “Best of Show” prize was also awarded to WeRobotics, an environmental robotics solutions company in Wilmington, Del. The company showed how it is using drones to transport medical supplies into the Amazon rainforest. It also took home $250 for placing first overall.

“The medical supplies come down, they unload them, they throw it back whenever they want, and back it goes,” Massurin said. “So I think it showed the people there, and I’m hoping the world, that drones have a lot of positive uses.”

Each category from last year’s event is set to return for 2018, as well as two new additions: news and still photography. Massurin noted that it was important to include these topics due to the ever-increasing use of drones in video news packages and in capturing photos of subjects that are only reachable from the air.

The categories vary regarding length and the use of actual footage captured using a drone camera. All categories except narrative and corporate-industrial-business are to be five minutes long at most, with at least half of the film containing drone footage. The narrative group requires only 30 seconds of drone footage with an extended running time of 10 minutes maximum. Corporate-industrial-business takes it one step further with a maximum 20-minute frame with no drone footage required.

“While it’s nice to see some drone footage, and all of them did have that last year, it’s not a prerequisite,” Massurin said. “The drone is the story, the company is the story.”

The competition’s judges include several drone auteurs from around New York state. New to this year’s panel is current Newhouse student Chase Guttman, who began his artistic conquests as a travel photographer, and has since added drone photography to his resume.

“I’ve always thought with travel photography, everything has been shot to death when you think of something like the Eiffel Tower or the Statue of Liberty,” Guttman said. “The way to get an image that stands out has always been perspective for me, and drones are just that. They’re the democratization of perspective and the ability to tinker with height and see things from so many different angles.”

Guttman has already garnered an impressive list of accolades even before graduating from college. He received the 2015 Young Travel Photographer of the Year Award, an international award for amateur, professional and young photographers. He also released a book titled The Handbook of Drone Photography: A Complete Guide to the New Art of Do-It-Yourself Aerial Photography. The book covers topics such as choosing the correct drone for your needs and how to create awe-inspiring content.

“It was one of the first-ever books written on the topic,” Guttman said. “Thankfully, it has received amazing reviews from Travel and Leisure to The Telegraph and The New York Post.”

Massurin expressed his excitement about this year’s fest. “We are providing a legitimate platform for global filmmakers to enter into this,” he said. “That’s always a good thing: one more festival. For filmmakers, this is an opportunity to get out there and talk to an audience about their film, to showcase it, to see it up there on the big screen.”

A list of rules, category explanations and a submission portal are available at filmfreeway.com/NYSFairDroneFilmFestival. Submission cost is $5 for students, $25 for filmmakers and photographers, and $50 for corporate, industrial and business companies. June 30 is the deadline for applicants, and winners will be announced Aug. 10.

Tournament time for SU lacrosse, a peek at the Crunch
U.S. moves Israeli embassy to Jerusalem (poll)
To Top