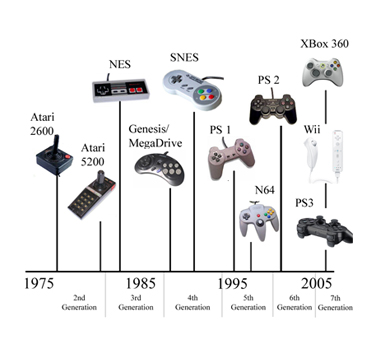 News of Black Friday deals are already starting to leak out.

The console wars will kick off Friday, Nov. 15, with the release of Sony’s PlayStation 4, a full week before Microsoft’s Xbox One on Nov. 22, and bean counters will be watching closely.

Analysts initially called Sony the clear winner but are hedging their bets after Microsoft reversed itself on several key policies, including the “always online” requirement, that had gamers crying foul.

Robert W. Baird and Co. analyst Colin Sebastian projects the Xbox One and PS4 will each push 1.5 to 2 million units in North America.

“Our shipment unit forecasts are slightly below consensus of 3 million or more for each platform,” Sebastian said. “We estimate 5-6 million total Xbox One and PS4 shipments worldwide in 2013.”

The main differences include price (the PS4 is $100 cheaper), equipment (the One comes with the second generation Kinect motion sensor, a Blu-ray drive and a DVR for recording game play) and entertainment options. While both consoles offer Netflix, Amazon Instant Video, Vudu, Hulu Plus and Redbox Instant, only the One will include Watch ESPN, HBO Go, Twitch, the NFL, Target Ticket and Fox Now.

The real winners in the console war are likely to be retailers like Best Buy, Wal-Mart and Amazon, which will be selling the consoles and games. News of Black Friday deals are already starting to leak out. Kmart is offering deals on games and console accessories, but for the PlayStation 3 and Xbox 360. Keep checking Google for the latest leaks.

Meanwhile, Microsoft is coming off a tough weekend. Target had a shipping error and sent 150 Xbox One consoles two weeks early. One lucky customer took photos and videos of the device and put them on the Internet, and Microsoft worked hard to take them down — amid negative outcry from gamers.

It all ended amicably, though, with the customer agreeing not to post any more videos or information in exchange for Microsoft inviting him to an exclusive launch event party.

Are you going to be in line for a new console this Friday or next? Why or why not? Email me at [email protected], and I’ll run your responses in a future column.