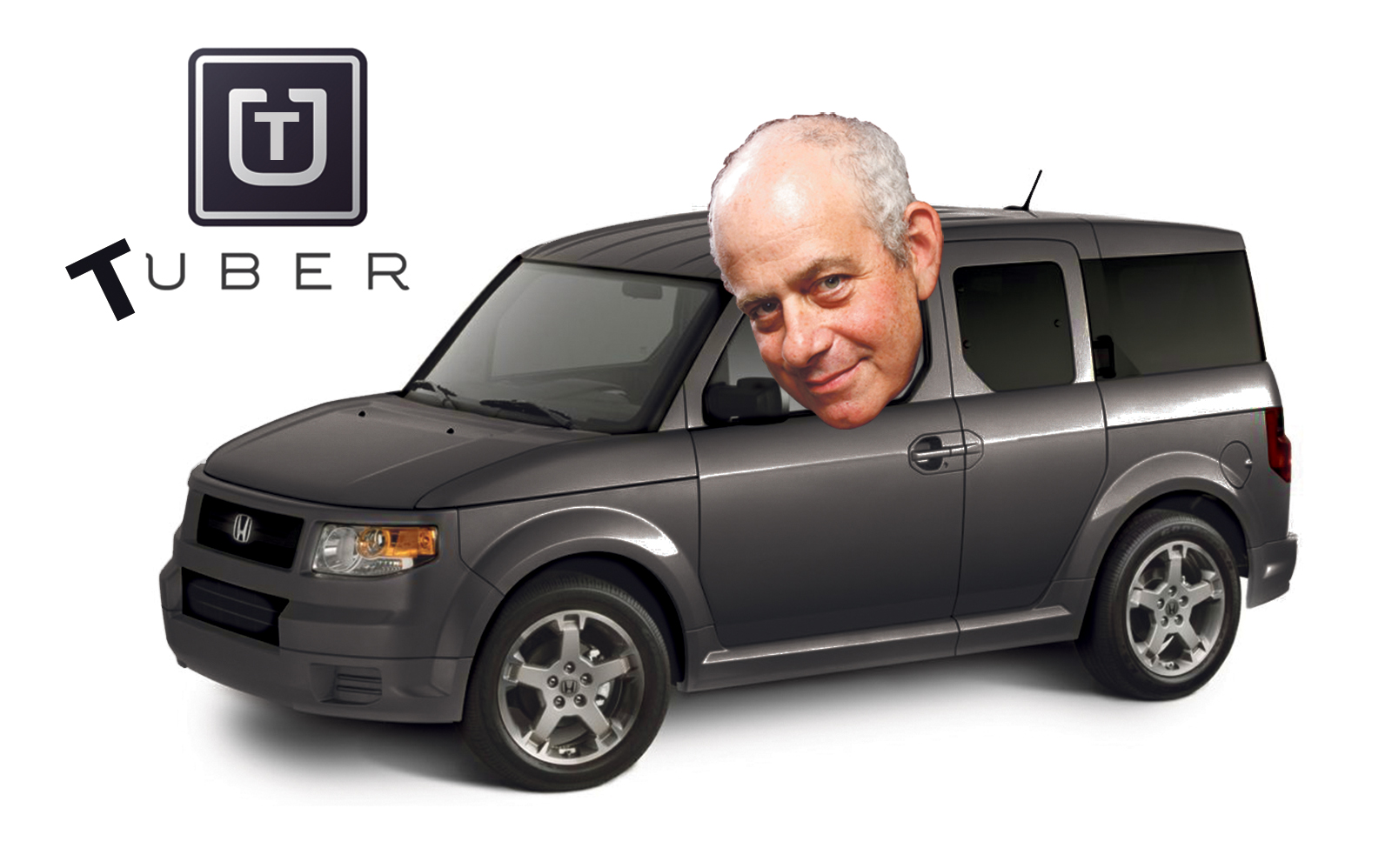 A new alternative to Uber is full of perks.

Who needs Uber when you’ve got Tuber? Starting at 11 a.m. today on Wednesday, March 23, and continuing until sunset, residents of Syracuse and a few lucky inner suburbs are encouraged to experience an Uber-like ride-share service provided by, well, me.

There’s no charge to ride. In fact, there’s an additional free gift. In keeping with the name of my alarmingly unregulated startup company, each passenger will receive a free salt potato (uncooked), plus scintillating conversation. Tuber: “We get you there later, but you get a tater.”

To request a pickup, just send me an email anytime between 11 a.m. and 7:20 p.m. at [email protected], telling me precisely where you are in Syracuse, East Syracuse, DeWitt, North Syracuse, Salina or Geddes, and where you wish to travel within that same area. As long as I’m not tied up with another passenger — or drunk — I’ll send you a confirmation email and estimated arrival time.

Then just look for my gray 2008 Honda Element. Safety (as in mine) is the top priority, so a limit of two passengers per trip will be enforced by my 75-pound shepherd mix, Larry, who will ride shotgun — or anywhere in the vehicle he pleases. Please note that while Larry is blessed with a generally amiable temperament, his teeth are impressively large and intact.

Also, judging from his persistent encounters with porcupines and other wildlife, he lacks the capacity to feel pain or to evaluate his actions in a moral framework. In other words, treat your Tuber team with the courtesy and respect it deserves, and you’ll have a pleasant, rabies-free journey.

There’s more fine print to follow, but first let me explain why I’m doing this. As many of you know, Uber and similar companies are banned in New York state except for the New York City area.

In a process akin to an anaconda digesting a bicycle, our esteemed Legislature (official motto: “I wish to plead not guilty, Your Honor”) is considering measures that would let the whole state participate in the half-decade-old global transportation phenomenon. Meanwhile, you can hail Uber in Kuala Lumpur and Walla Walla, Wash., but not in upstate New York.

So, in addition to providing a free trial to readers, I’m hoping to make a point to Albany. Can we just once fast-track a piece of legislation that possibly won’t benefit a special interest, result in payola for elected officials or yield no-show jobs for the politically connected. Just this one time. Please?

Yeah, I get it. Uber isn’t perfect. Some Uber drivers aren’t regular bathers. A tiny percentage are homicidal maniacs. The lowest of the low don’t have GPS. But those flaws just as easily describe the New York State Senate. Rather than let perfection be the enemy of the good, let’s view these ride-share companies as the kind of natural evolution that defines a healthy capitalist system.

Trust me, I’m no tool of Uber. It will be a cold day in hell before I climb into one of their insane freelance death jalopies. But give Uber credit: In some ways, they built a better mousetrap. They’re typically faster, more efficient and cheaper than the $60 I’ve shelled out for the 19-mile cab ride from the Syracuse airport to Jamesville. Heck, we’ve got lap dancers who don’t charge that much per ride. Or so I’ve been told.

But getting back to Tuber. In addition to the aforementioned stipulations, Tuber guarantees a smoke-free vehicle that recently had an old parking garage receipt professionally extracted from the interior blower fan, meaning the vehicle no longer sounds like it’s about to explode. (Upon accepting this service, the passenger acknowledges that the vehicle could explode at any time.)

Finally, by using Tuber, all passengers acknowledge that they might be mentioned in a follow-up column in the Syracuse New Times, and that their likeness might be published in the form of a low-quality camera phone photo taken at a red light … by Larry.

That about covers it. Thank you in advance for using Tuber. Enjoy the ride.