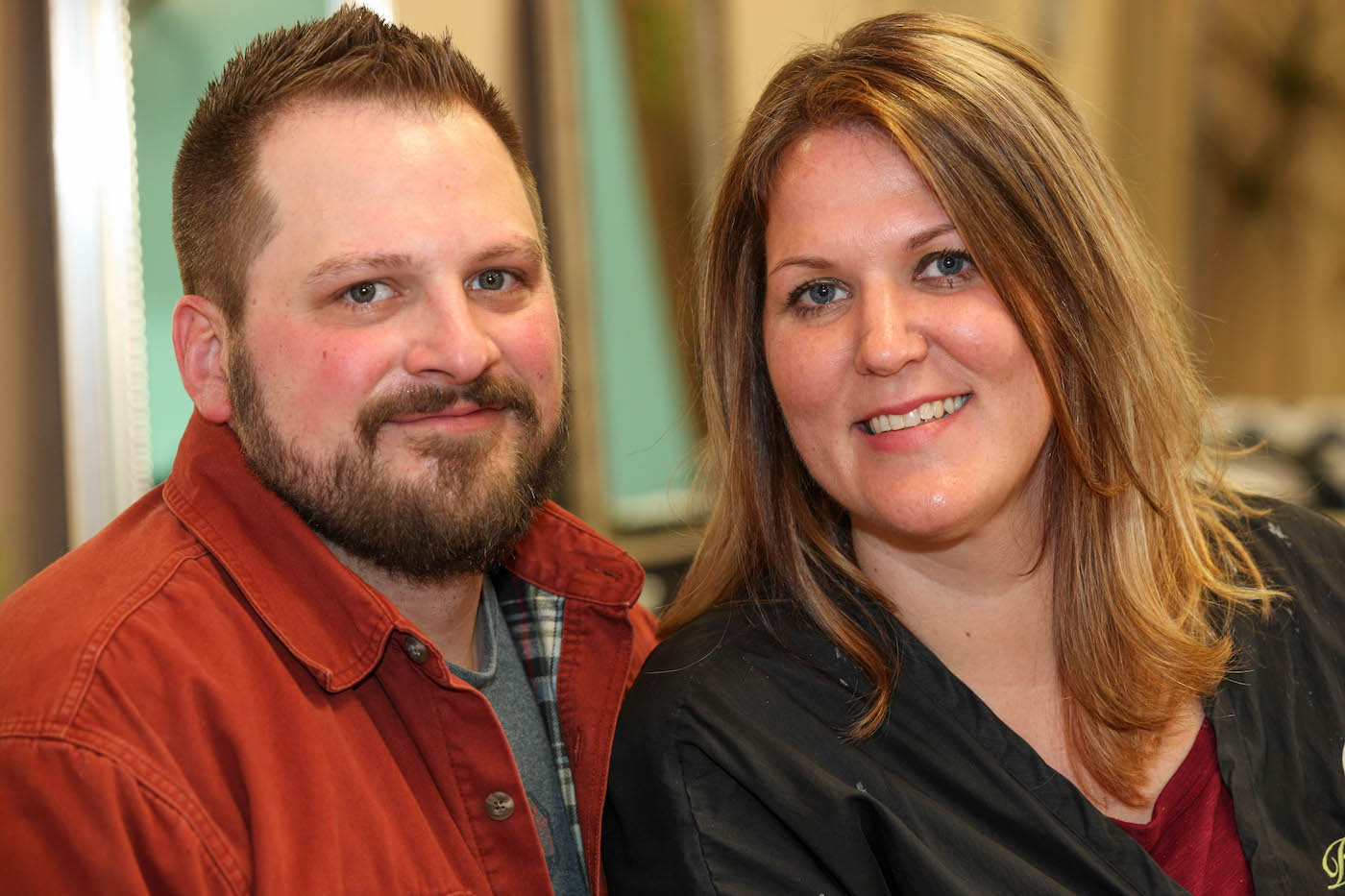 Love was in the air on Valentine’s Day for the two winning couples of the Syracuse New Times’ Ultimate Date Night contest. First-place couple Mike and Colleen Osborne spent a luxurious night on the town, while second-place couple Stephen and Noelle Singleton were married earlier in the day and had an evening to remember during their first night as husband and wife.

Mike and Colleen, on the other hand, have been married for 15 years and have four children together: two boys and two girls, ages 12, 10, 8 and 18 months. The Osbornes were married in Las Vegas and never had a proper wedding reception, so the night meant that much more for them. 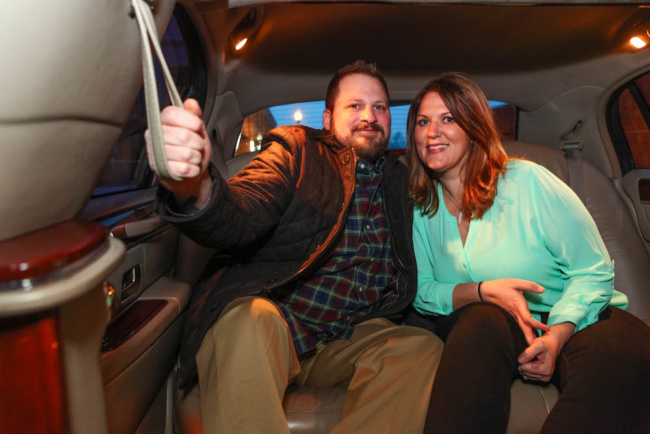 The festivities began the day earlier at Charney’s Men’s Clothing Store (3150 Erie Blvd. E.; 463-6011). Colleen said store associate Michele Pauli knew Mike’s size as soon as he walked through the door, as she hooked him up with a stylish ensemble for the Ultimate Date Night.

To start off their big day, the couple was greeted by Jared Justice of Express Limo (8517 Cazenovia Road, Manlius; 682-1962), who chauffeured them to Pure Salon and Spa (327 W. Fayette St.; 475-7873). Colleen was treated to a cut and color by owner Jayme Sager, while Mike had his beard trimmed and received an all-new hairdo. Also at Pure Salon, the two received pedicures, accompanied by chocolates and wine to enjoy before their eventual dinner.

Jet Black Boutique (129 Walton St.; 475-9601) was the next stop on the list of local establishments. Owner Amanda Gold graciously provided Colleen with two pairs of shoes instead of the agreed-upon one pair, after she had trouble deciding on which she liked more.

“I just couldn’t believe that,” Colleen said. “I actually said, ‘Can I give you a hug?’ It was so nice.”

Accents of Armory Square (121 Walton St.; 373-0968) continued the generosity train by presenting Mike with a watch and Colleen with some earrings, a ring and a necklace.

Upon entering their suite at the recently renovated Marriott Syracuse Downtown Hotel (100 E. Onondaga St.; 474-2424), the couple was greeted with treats from Sweet on Chocolate (208 Walton St.; 478-0811). The delicacies included a dozen chocolate-covered strawberries inside a chocolate heart, along with another chocolate heart filled with different varieties of truffles.

Syracuse New Times photographer Michael Davis captured the couple’s special night in the hotel’s historic lobby. The shots were made even more memorable by being the first Mike and Colleen have had professionally done. 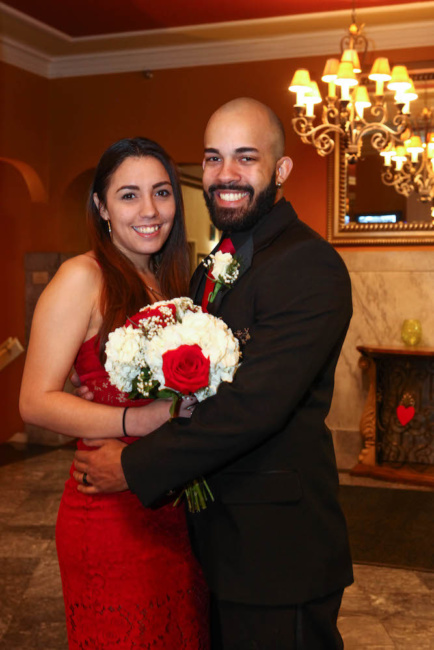 The two then traveled to Baldwinsville for their dinner at Mohegan Manor (58 Oswego St.; 857-0079), where they were presented with a house bottle of wine to go with their food. Mike dined upon a strip steak, while Colleen went with a rice bowl and salad.

To cap the occasion they never thought they’d have, the Osbornes were driven back to the Marriott Syracuse Downtown Hotel. The next morning they indulged in a breakfast prepared by Eleven Waters, the hotel’s restaurant.

“They were all so nice,” Colleen said. “I can’t even say one person was better than another. They were all fantastic. We said we felt like celebrities for the day because they made us feel that way. In fact, when we were done with dinner, Mike was like ‘Why does this day have to go so fast?’ And he never says anything like that. He’s usually ready to go or things are too much for him. Not that day.”

Meanwhile, as Colleen and Mike were enjoying their Ultimate Date Night extravaganza, Stephen and Noelle partook in a once-in-a-lifetime night of their own.

Originally a winner-take-all contest, the Ultimate Date Night voting came down to a 15-vote difference, so it only seemed right that the second-place couple come home with something special, too. The newlyweds got hitched early on Valentine’s Day and proceeded to have their wedding photos taken by Michael Davis at the Jefferson Clinton Hotel (416 S. Clinton St.; 425-0500). Then they stayed in an executive suite at the hotel, where they also enjoyed Sweet on Chocolate candies.

At dinner, what appeared to be 90-minute wait at first at Pastabilities (311 S. Franklin St.; 474-1153), was soon set straight once the restaurant’s staffers realized that Stephen and Noelle were Ultimate Date Night prize-winners.

“They had a bottle of wine on ice waiting for us,” Stephen said. “We were basically treated like gold. It was really nice. It made the whole day just really amazing.

“Everybody did a really good job, especially for it being last minute,” Stephen added. “There wasn’t even supposed to be a second-place prize. Everybody going out of their way to at least make that happen, we were really shocked and I think it came out amazing. We were really thankful for it.”

View the rest of Michael Davis’ photos of the evening below: