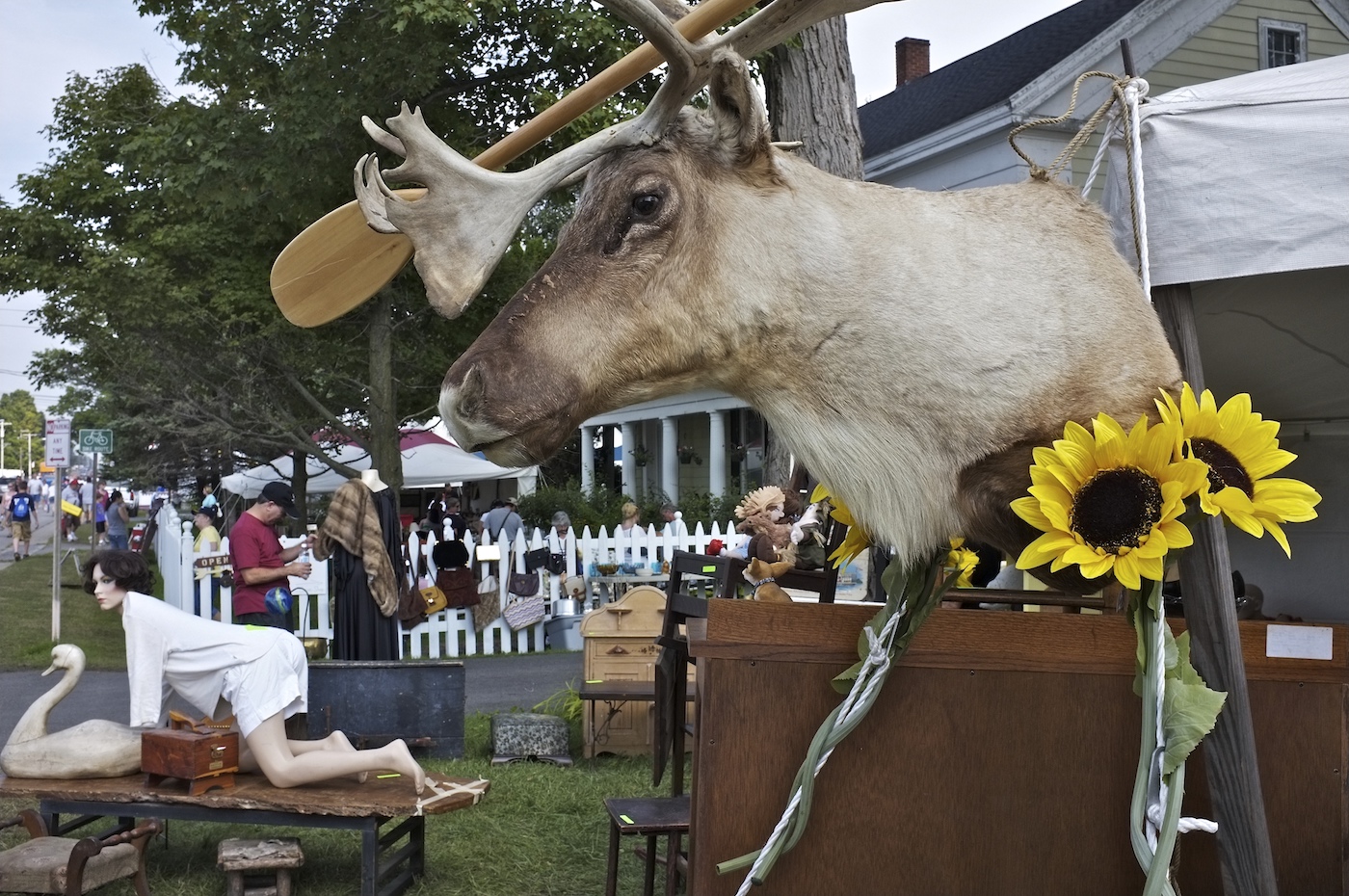 As thousands of antique and collectibles shoppers visit the Route 20 corridor this month for the annual Madison-Bouckville Antique Week, they might not realize this world-class event was in jeopardy only a short time ago.

Some of those shoppers, coming in from across the country and beyond to deal and dicker with more than 2,000 dealers and vendors set up from Monday, Aug. 14, to Sunday, Aug. 20, might know some of the well-fabled history of the area. The Mott’s company started its apple production there, at the site of what is now the Cider House Showfield and Campground. The famed Bouckville Summits barehanded baseball team also had their heyday nearby.

The main draw in the old days was the weekend-long summertime Madison-Bouckville Outdoor Antique Show, a 40-year tradition on one of the fields along the southern side of Route 20 that brought in overflow buyers to the businesses throughout the area. But in November 2010, a shock reverberated through the antique-selling community as it appeared their main source of revenue was threatened. The big show was closing down and the land was being sold for agricultural crop use.

That community of dealers would soon rise like a phoenix to combine their efforts, however. They created their own not-for-profit Madison-Bouckville Promotions, an organization of local resident dealers dedicated to propelling their businesses into the future.

It was their spirited president, John Mancino, a gas station memorabilia enthusiast and the owner of both Gallery Antiques at Pinebrick and the Outfront Showfield on Route 20, who quickly spurred their cause. Mancino took to the pavement to talk with his fellow local antique store, showfield, hotel, and restaurant owners and create their own plans.

“I got them in the same room, thinking the same, and we all realized the urgency of what was going to happen,” Mancino recalled. “We don’t have industry or malls or anything here but tourism. We have an antique legacy and we had to keep that alive.”

Meanwhile, Jim Dutcher, the treasurer of Madison-Bouckville Promotions, had only just purchased the Cider House Showfield the year before when he got the call about the main show’s closing.

“That hit like a ton of bricks,” Dutcher said. “I felt the same panic as everyone else at first, but then we realized it wouldn’t go away. Everybody was going to have to work together to keep it going.”

Keep it going they did. Dutcher said their showfield was booked full of 220 vendors weeks before the Antique Week opening this year. It is their earliest sellout ever, he noted.

Alongside vice president Craig Williams from the Butternut Hill Antique Showfield and Campgrounds and secretary Steve Antinore of Quaker Acres West, the men assembled a group of local businesspeople who would work together to the benefit of everyone. The union of efforts has paid off well for the dealers, the majority of whom have become part of the Madison-Bouckville Promotions group, and are all listed on their website.

“While this was previously just a weekend, now we’ve expanded it to a full week,” Williams said. There are 14 showfields filled with vendors at this year‘s Antique Week, and numerous shop dealers who also rent out spaces to guest dealers to display their own wares.

And the efforts of the united dealers in Madison-Bouckville Promotions go beyond simply plugging Antique Week, or their June Show that kicks off the summer two months earlier. “This is also about promoting the entire community,” Antinore explained. “It’s not only for one week for the dealers, but for all of the shops, restaurants and hotels throughout the year.”

His own showfield also helps promote the Future Farmers of America education at nearby Madison Central School, Antinore added. The FFA students park cars on his showfield during Antique Week, keeping the money raised to go toward their own activities.

Resident dealers, some who are open all year, are joined by visiting vendors from across the country for Antique Week. Some dealers have specific offerings, like Mancino’s petroliana, the black doll display at Victorian Rose Vintage, or Whistle Post Antique’s vintage Lionel trains. Other vendors have mixed displays, with anything from records, vintage furniture and old-time tools, to sporting goods, home furnishings, books and musical instruments. There are lots of rarities likely not to be found anywhere else for the true treasure hunter.

The arrival of the guest dealers coming in for Antique Week — many of whom are regulars to the show — is well-met by their hosts. “It’s almost like family coming back to visit,” Williams said.

He is even offering live music featuring Monk Rowe at his showfield on Thursday, Aug. 17, saying he expects everybody might enjoy a break at that point in the festivities. That concert is open to the public.

Eating a path through the Madison-Bouckville corridor is also a big part of the festivities, and food offerings during Antique Week include everything from breakfast sandwiches to burgers, hot dogs, corn and even lobster, plus fruit drinks and after-meal sweet treats. Nourishment is a necessary part of keeping up with the hustle of the event, and the mobile food vendors and local eateries along the way make sure to keep their guests energized in their own quest.

Although there is a shuttle bus running between the showfields, Antinore suggests all Antique Week guests should wear comfortable shoes for their trek. There is a lot to see there, and a lot of distance to cover to see it all. “This is by far the largest antique event in all of New York state,” Antinore said.

For information on the Madison-Bouckville Antique Week or upcoming antique events in that area, visit madison-bouckville.com.