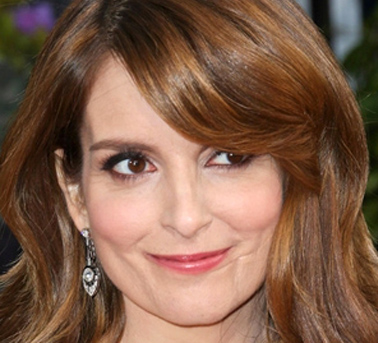 While tapping into very relatable themes, there isn’t anything like this anywhere else on television.

They’ve not been gone very long, but already we miss fresh episodes of
“30 Rock” and “The Office.” But its creators and stars are not far from the news.

Which brings us, first, to the too-hot-to-stop Tina Fey. The usual route in landing on a network’s schedule is to pitch, shoot a pilot, get on the air and see where it goes. NBC is skipping that typical new-series path with Fey’s latest co-creation.

NBC has ordered 13 episodes of a new sitcom from Fey and producing partner Robert Carlock – they were the creative forces behind “30 Rock” – for fall 2014. Fey and Carlock, along with NBC, said the single-camera sitcom will star Ellie Kemper as an escapee from a doomsday cult who tries to get her life back together in New York City. Kemper played office receptionist Kellie/Erin in “The Office.”

“Tina and Robert, who cemented their partnership on ‘30 Rock,’ have created a new signature comedy for us that is audacious, emotional, and clever,” Robert Greenblatt, chairman of NBC Entertainment, said in a statement. “While tapping into very relatable themes, there isn’t anything like this anywhere else on television. NBC has been their home for many years, and we’re so happy that they’ve found another way to push the comedy envelope for us.”

Unlike with “30 Rock,” Fey will not appear regularly in “Tooken,” but it was hinted that she might pop in every now and again. Instead, Fey and Carlock will write the episodes and serve as executive producers.

NBC Entertainment president Jennifer Salke said in a statement, “Original voices like Tina and Robert don’t come along very often, and we wanted them back on the air as soon as possible. And to have them working with Ellie Kemper – who we watched grow up on ‘The Office’ from supporting player to leading actress – puts the whole package together. We feel fortunate to be in business with this entire creative team on something so funny, unique, and attention-getting.”

And in other “30 Rock”-related news, one of its stars, Alec Baldwin, deserves props for helping – sort of – rid the skies of that dreaded “please turn off all of your electronic devices” statement.

The Federal Aviation Administration says airlines will be told passengers can keep their mobile devices, phones, laptops, tablets, etc., turned on from gate to gate (they will have to be put away for takeoff and landing). No more shutting them down until the pilot says its OK to return to “Words with Friends.”

Baldwin became the poster child of the “put away” phrase. In December 2011, Baldwin was kicked off an American Airlines flight before the plane left the gate partly because he refused to stop playing Words with Friends and to turn off his cellphone, per the soon-to-be-former rule.