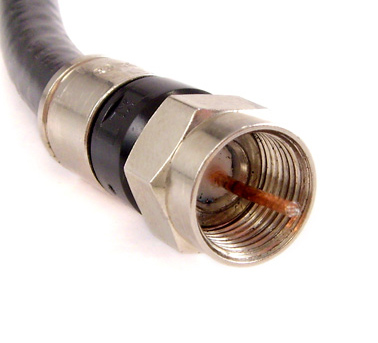 Cable television must rise and face the challenge.

Over the past couple of years, I’ve told my journalism students at Syracuse University and Ithaca College that this is one of the most exciting and interesting times to be in the news industry, or a consumer of it. Lots of good things are happening; lots of bad, too. It depends on where you’re sitting.

The same goes for the video entertainment industry: Broadcast and cable television, streaming services, film and so much more.

Which brings us, again, to how and from where we’re going to get our entertainment. We’ve talked in recent weeks about how younger generations are unplugging from cable and looking elsewhere to get their video entertainment. The industries are increasingly challenged – the programmers and providers – and looking for ways back into the hearts and minds of consumers.

Cable television, for one, must rise and face the challenge. It can no longer be business as usual. It needs to un-bundle and let the customer pick and choose its services. It continues to, for the most part, stand its ground – while raising prices.

What do I mean un-bundle? Simple: We need to be able to shop all of what our cable providers offer and create our own packages, a la carte, instead of bowing to the increasingly costly tiered “packages” offered by those providers. Price each channel accordingly and let us build our own menu.

That insistence on same-old, same-old by cable operators is one reason many are unhooking cable and going rogue, returning to (now high-def) “free” over-the-air broadcast, video online streaming and Netflix-Redbox to create our own “packages” of video entertainment.

Cable is kinda-sorta responding (Time Warner’s disastrous recent blackout of CBS aside). There’s a new movement by some providers to put Netflix on cable boxes. That’s one small step.

Don’t think the programmers aren’t noticing the changes in audience wants and sourcing. Programmers are streaming new content. And now, even cable’s premium services are looking for ways out of the past and into homes. Time Warner has made noise about this in the past, but another cable provider, Comcast, is stepping up.

Priced at about $50 a month, Comcast is offering a package to some of its customers that includes all of HBO’s premium cable services (with HBO to Go) mixed with local broadcast, high-speed Internet services plus local channels. It’s a way to reach out to those who have unplugged from the overwhelming and increasingly costly tiered pre-packages.

Sure, Comcast’s is another package, but one with broader appeal. How will Time Warner and other cable providers respond?