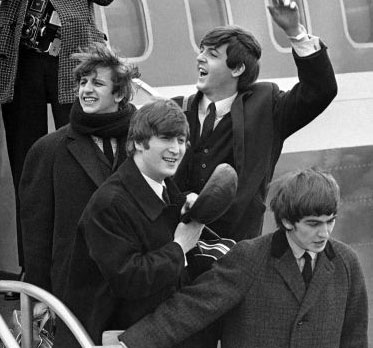 Two 50-year anniversaries between now and February are emotional touchstones for those old enough to remember. Both events are seminal “I know exactly where I was” moments. And both events were also coming-of-age moments for American television.

And Feb. 9 marks the 50th anniversary of the Beatles’ first appearance on “The Ed Sullivan Show,’’ a performance watched by 73 million people. Millions watched, live, a nation come together in front of the video hearth. 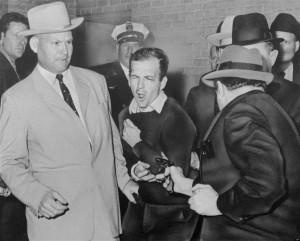 We didn’t watch the Kennedy assassination live. The famed Zapruder film didn’t appear on television for more than a decade. But American viewers did watch continuous television news coverage of a world-changing event. Some would argue, and I’m among them, that television network news divisions grew up that long, terrible weekend.

That coverage included live footage of the assassination of Kennedy’s killer, Lee Harvey Oswald. A stunned nation saw the real power of live news coverage of what was supposed to be an ordinary event: Dallas police attempting to move Oswald from police headquarters to the county jail. In the police station garage that somber Sunday morning, two days after Kennedy was gunned down, millions of Americans watched live as Jack Ruby gunned down Oswald.

Kennedy’s funeral was also watched, live, by millions of Americans, glued to their television sets. It was part of the nonstop coverage, from Dallas to Arlington National Cemetery.

Weeks later, live television helped many Americans slip out of that mourning haze. This time, we gathered to watch the American television debut of England’s Beatles. They electrified the nation.

Fifty years later, we have a million scattershot ways to jog our memories. The month is loaded with television specials across a broad cable and satellite spectrum about JFK and the assassination. It’s a world very different from 1963, when there were but three networks and not much more television to choose from.

It’s a very different television news world today, too. Then, it was 15-minute network news broadcasts to supplement your morning and evening newspapers. Today, it’s a 24-hour news cycle with a plethora of news providers to choose from.