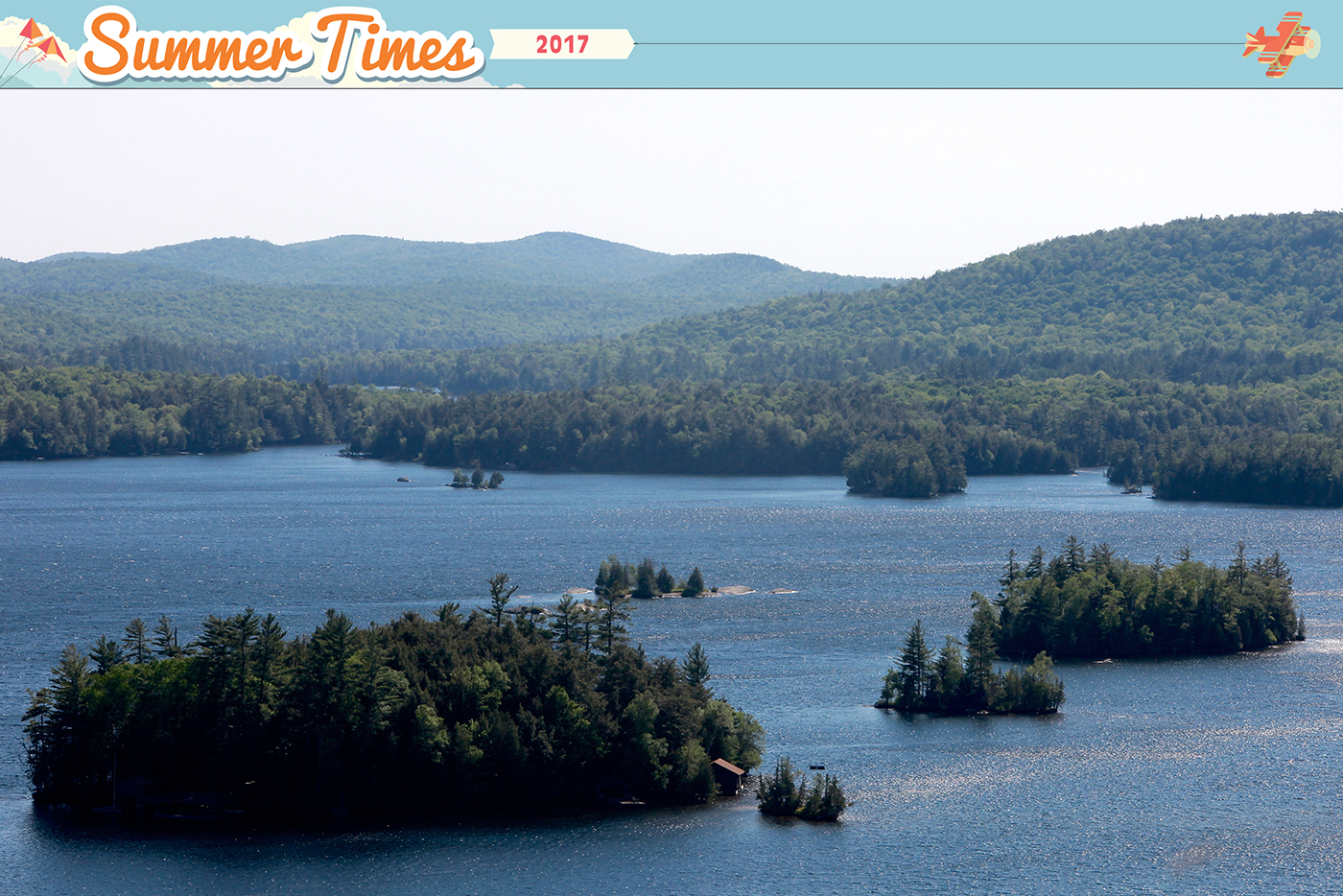 Lakes, scenery and much more welcome travelers to the Adirondack Mountains.

In 1892, 358 years later, the New York state Legislature, with the words, “the lands now or hereafter constituting the Forest Preserve shall be forever kept as wild forest lands,” created the 6-million-acre Adirondack Park. The vast, unique amalgam of lakes, rivers, and mountains larger than the combined areas of Yellowstone, Glacier, the Great Smokey Mountains, Yosemite, and the Grand Canyon Parks, encompasses 2,500 miles of navigable waterways, 3,000 lakes and ponds, 2,000 miles of hiking trails and 46 peaks higher than 4,000 feet. 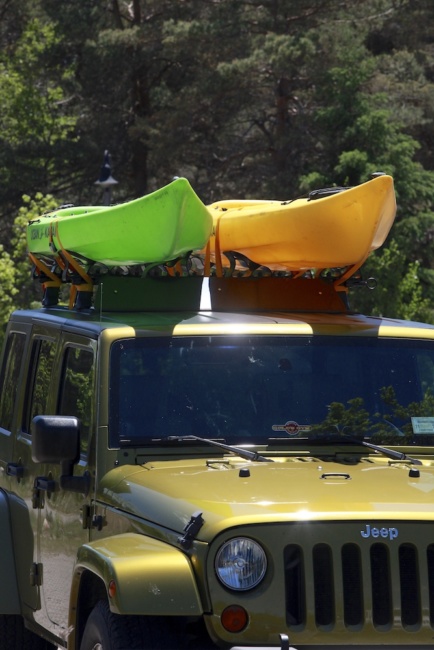 The Adirondacks region can get a little canoe crazy. Michael Davis photo

Adirondack Park, about half of which is private land, is now celebrating its 125th anniversary. Home to 100,000 permanent residents, this special reserve hosts 10 million visitors every year, who come not only for the wilderness experience but also for the myriad of recreational options, cultural opportunities, and accommodations that abound within the park’s boundary, the Blue Line. All of this is just two to four hours from Syracuse.

Two unique, outstanding regional museums capture and preserve the cultural, historical, and natural history of the Adirondacks. The Adirondack Experience, Route 30, Blue Mountain Lake ((518) 352-7311; theadkx.org), aka the Museum on Blue Mountain Lake, formerly known as the Adirondack Museum, is widely regarded as the finest regional museum in the nation. Established in 1957, this unique campus facility features 22 exhibit spaces with concentrations on every aspect of Adirondack life as well as special events, workshops, demonstrations, symposia and interactive events. Be sure to check out the museum’s display of wooden boats and its fine arts collection. Now celebrating its 60th anniversary, the museum will feature a special, 19,000-square-foot immersive, interactive exhibition, Life in the Adirondacks.

Equally special is the Wild Center, 45 Museum Drive, Tupper Lake ((518)359-7500; wildcenter.org). The regional natural history museum, which opened in 2006, occupies an 81-acre site on the Raquette River, offering a comprehensive understanding of the natural environment of the Adirondacks. This combination zoo, aquarium, science and nature center provides interpretative and interactive exhibits and activities on the flora and fauna of the region, and includes a high-tech theater and a 2.5-acre pond that abuts the unique modernly rustic 54,000-square-foot main building. The Wild Walk, an elevated walkway built at treetop level, offers a perspective seldom seen by humans. Special events and exhibits are scheduled throughout the season.

Nearly lost to funding cuts in 2010, the Visitors Interpretative Centers at Paul Smiths and Newcomb survived under private ownership to continue educating the public on the nature of the mountain environment through workshops, exhibits, and backcountry excursions.

The 3,000-acre facility at Paul Smiths, on Route 30 near Saranac Lake ((515) 327-6241; paulsmiths.edu/vic, adirondackvic.org), hosts interpretative hikes and canoe paddles, children’s activities and many other events throughout the summer season, and includes 25 miles of trails and a 150-seat theater. The smaller center on Route 28N in Newcomb, now owned by SUNY Newcomb ((518) 582-2000; esf.edu/aic), includes a mile-long forested peninsula on Rich Lake and a 6,000-square-foot multipurpose main building used for exhibits, lectures and demonstrations. A hike up nearby Mount Goodnow off Route 28N offers a panoramic view of the area. Both centers host a full slate of seasonal activities for park visitors of all ages.

The Adirondack Scenic Railroad ((315) 369-6290; adirondackrr.com), a Utica-to-Lake Placid line built by industrialist William Seward Webb in 1892 as the Mohawk and Malone, now offers service and tours from Utica and Thendara to Carter Station north of Old Forge. Service from Saranac Lake to Lake Placid has been suspended while a decision about that section’s future is decided. (New York state wants to convert those 34 miles to a hiking/biking trail.) Scenic excursions from the headquarters at Thendara come in many varieties, including rail and boat trips, canoe and bicycle journeys, and many forms of entertainment, including a “Beer and Wine” train. With resumption of service that began in 1992, the line now serves more than 600,000 passengers a year.

In addition to the wilderness experience, arts and entertainment thrive in the Adirondacks. Now enjoying its sixth year in its 28,000-square-foot building View ((315) 369-6411; viewarts.org), formerly the Arts Center of Old Forge, on Route 28 attracts more than 45,000 visitors each year. With the state-of-the-art Gould Hall performance auditorium, this gallery, museum and performing arts center schedules artistic, theatrical, musical, educational, ecological and civic programming.

Celebrating its 50th anniversary of bringing enlightenment and entertainment to the mountains, the smaller Adirondacks Lakes Center for the Arts ((518) 352-7715, (877) 752-7715; adirondackarts.org), on Route 28 in Blue Mountain Lake, presents live theater, music, dance and film throughout the summer season as well as classes and workshops in a variety of disciplines. 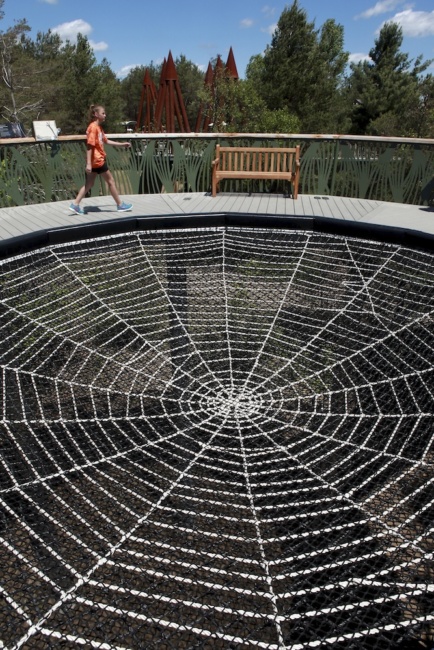 Another Adirondack icon is the Great Camp Sagamore in Raquette Lake ((315) 354-5311; greatcampsagamore.org), the American-Adirondack style summer home of the Vanderbilts designed by William West Durant in 1897. Declared a national historic landmark, the camp offers lodging, tours and many special activities for all ages. With 27 buildings including a rustic bowling alley, this complex offers a compelling peek into the Adirondacks gilded age.

At opposite ends of the Adirondack Park, two villages offer special amenities to the woodland visitor. Old Forge (oldforgeny.com) on Route 28, about two hours from Syracuse, offers easy access to the wilderness, with everything from backwoods paddling, camping and hiking adventures to fine dining, live entertainment, art, boat tours of the Fulton Chain of Lakes, a climb up nearby Bald Mountain, a summer ski lift service at McCauley Mountain ((315) 369-3225), and the Enchanted Forest Water Safari theme park (watersafari.com).

Two more hours up the road, the village of Lake Placid (lakeplacid.com) hosted two Olympics (1932 and 1980) and now offers four-star accommodations, tours of the Olympic facilities (orda.org), including the ski jump towers and bobsled run, and access to the surrounding high peaks wilderness.

With 9,000 square miles to choose from, the Adirondacks are a camper’s dream. For car campers, New York state operates 42 sites within the blue line, with daily fees from $15 to $30. Reservations can be made at (800) 456-CAMP or newyorkstateparks.reserveamerica.com. Comprehensive information about these wonderful car camping sites is available at nysparks.com and dec.ny.gov.

For backcountry hikers, camping is generally permitted on state land. In some areas bear-proof food canisters are required, and camping is prohibited above 4,000 feet, due to fragile alpine flora. The DEC website has more information, and the Adirondack Mountain Club ((518) 668-4447; adk.org) offers maps, gear and lots of specific advice on everything from necessary equipment to trail conditions. The club also has a lodge at Heart Lake in the High Peaks area ((518) 523-3441).

The Adirondacks’ unique combination of mountains, lakes, rivers and vast shoreline, more than Vermont and New Hampshire combined, offers canoeing and kayaking opportunities found nowhere else in the lower 48 states. Beginning in Old Forge, the Northern Forest Canoe Trail includes the Fulton Chain of Lakes, Blue Mountain, Tupper and the Saranac lakes as well as several rivers. Canoe reserves (no motors) including the St. Regis Ponds Area, Lake Lila, Lowes Lake, the Bog River Flow and others offer primitive camping for those willing to get themselves there.

For personal licensed guide services, try adirondack-adventures.com. In Old Forge, Mountain Man Outdoor Supply Co. ((315) 369-6672; mountainmanoutdoors.com) both rents and sells boats and equipment. Frisky Otter Tours ((315) 357-3444; friskyottertours.com) on Route 28 in Inlet offers the same services as well as guided tours. For a fast, wet trip down the upper Hudson River in a raft, try the Adirondac (sic) Rafting Co. ((800) 510-RAFT; lakeplacidrafting.com; whitewaterchallengers.com; northcreekrafting.com). The website visitadirondacks.com offers a comprehensive listing of these and other wilderness opportunities.

More than 200 years after Cartier first sighted the mountains to the south, the eastern edge of the Adirondacks, from Albany to Montreal, became the “great warpath,” as the French, English, colonials, and Iroquois struggled for dominion in the New World. Fort William Henry ((518) 668-5471; fwhmuseum.com), built in 1755 by Sir William Johnson, the British and their Mohawk allies at the foot of Lake George, was cannonaded into submission two years later by the Marquis de Montcalm and his French army. The museum’s “Living History” program brings the past to life with re-enactors in period dress and special events that peer into area history.

Further north at the southern tip of Lake Champlain, Fort Ticonderoga ((518) 528-2821; fortticonderoga.org) served in both the French and Indian War and the American Revolution and now offers tours and reenactments of those conflicts. The Saratoga Battlefield ((518) 664-9821; nps.gov/sara), south of Lake George, commemorates the pivotal fight of the American Revolution, where Generals Horatio Gates and Benedict Arnold (then a patriot) and their colonials defeated Gentleman Johnny Burgoyne and his British Army to turn the tide of the American Revolution in 1777. The site now offers tours, re-enactments and other special events throughout the summer.[snt]

June 27-Sept. 1. Sagamore and Sail at Raquette Lake. ((315) 354-5332; raquettelakenavigation.com). Luncheon cruise aboard the W.W. Durant, followed by a tour of Great Camp Sagamore.

July 15: Antique and Classic Boat Show at Old Forge. (oldforgeny.com). Shipshape vessels from the past are on display.