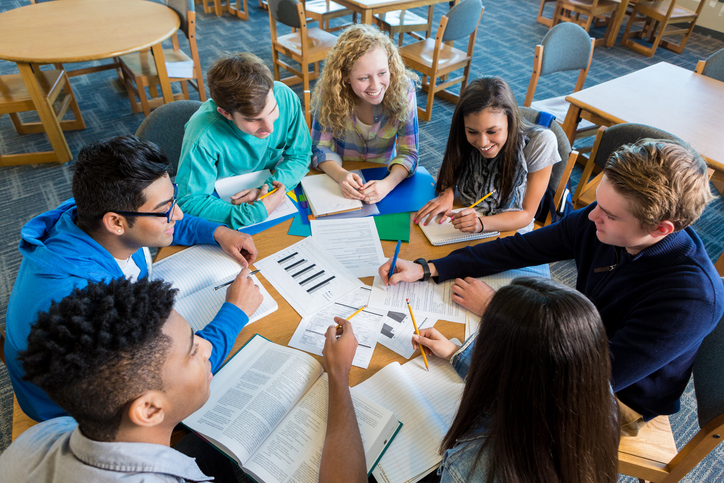 Triggered by recent pivotal events like Brexit and the Parkland, Fla., school shooting, a movement has emerged demanding that teens be able to cast ballots at age 16.

The campaign to lower voting age requirements has recently picked up speed. Several cities in Maryland and California already allow 16-year-olds to vote. One nonprofit chapter in Illinois is pushing to lower the age to 16 for local elections. And legislation was introduced in Washington, D.C., in April that would allow 16-year-olds to vote in presidential elections by 2020.

I’m a big advocate for early voting. But not that early.

The voting age was last changed in 1971, when the 26th Amendment to the Constitution lowered the age from 21 to 18. After all, it didn’t seem right that the nation’s 18-year-olds were old enough to be sent to die in the jungles of Vietnam, but were not old enough to vote for the very politicians who sent them there.

The “old enough to go to war” argument is still used religiously with any kind of activity restriction due to age. But it’s impossible to use that argument, or find one similar, that would justify allowing 16-year-olds to vote.

Since 1971 we’ve been busy raising age requirements on everything from drinking alcohol, to buying tobacco products, to using tanning salons. The thinking behind those measures was to prioritize maturity in one’s decision-making.

It’s more than reasonable to use the same approach when it applies to our political involvement. I became an enormous news consumer and follower of politics when I was around 13. As informed and politically savvy as I thought I was at 16, I did not believe I was qualified to vote at the time.

Read: “The Safety Of Our Schools Begins With Our Students”

Science has helped us explain why: The human brain takes longer to fully develop than we originally thought. The rational part of a human being’s brain isn’t fully mature until about age 25, which I just turned last month. Research has shown that adults think with the prefrontal cortex, the part that responds to situations with judgment and an awareness of long term consequences.

Teens, on the other hand, process information with the amygdala, the emotional part of the brain. A 2006 study by the Political Studies Association found that 16- and 17-year-olds are, “to a significant degree,” not as mature as other voters when the voting age is at 18.

There is more to maturity than just science, however. It comes with experience, not just time. As self-sufficient as some 16-year-olds may be, the majority of teens haven’t been exposed enough to the adult world to properly contribute to it. They haven’t yet served in the military, applied for loans, paid taxes, owned homes or performed many other tasks that come with surviving on their own.

Despite all of that, maturity hasn’t even been the main argument for lowering the voting age. The roots of the movement go back to a simple solution to a complex problem: abysmal voter turnout.

Advocates believe the best way to fix the large number of people who don’t vote is to just make more people eligible to vote. What makes that idea more ridiculous is that their target is the youngest fringe of the age group that already votes the least. Studies show that even among millennials, younger voters tend to vote less often than older ones. Even during the heat of the 2016 election, a Harvard University poll found that only two in every 10 young adults said they considered themselves “politically engaged and active.”

And since the 18 age requirement is a federal law that applies to federal offices, lowering the voting age means 16-yearolds can only take part in elections for offices that encompass individual municipalities. We have enough trouble getting grown adults to vote for their mayors and town board members during off-year elections, let alone teens.

Being “politically engaged and active” means more than just making the effort to go down to a polling place. One also needs to be active in understanding the offices that are being filled and the people vying to fill them.

Yet a 2015 poll by Fusion found that 77 percent of Americans between ages 18 and 34 could not name one U.S. senator in his or her home state, and those are people who are already old enough to vote. And only 18 percent of those between 18 and 24 knew the name of their senator, to say nothing about where those representatives stand on issues.

Not knowing one’s senator isn’t the fault of a 16-year-old. They’re busy with other things in that stage in life. In fact, the public education system is partly to blame. Basic government and civics classes aren’t usually offered to high school students until their junior or senior year. And it doesn’t help either that civics courses have in recent years taken a back seat to more marketable classes like advanced math and sciences.

Nevertheless, I encourage anyone to get involved in the democratic process at a young age. Much like 16 is the age we associate with learning to drive a car, it’s also a good age to first learn about voting and the political process without actually taking part. Then teens will be ready to get in the driver’s seat, or the polling place, when they reach the right age.

Close encounters with UFOs are getting harder to find
Can Shoppingtown Mall’s sinking ship stay afloat?
To Top