Macaulay Culkin Is (Not) Dead 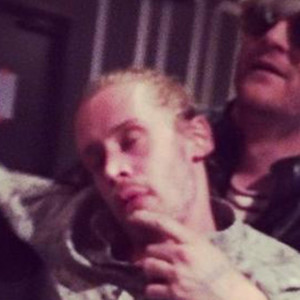 After another “Orlando Bloom Died In A Tragic Bungee Jumping Accident”-like internet lie, the Home Alone actor who is, by the way, still alive, had a little fun by posting pictures of himself pretending to be dead in a Weekend At Bernie’s stunt that rivals Barney Stinson’s in the final season of How I Met Your Mother. Kudos to “Kevin” for the [k]reativity.

24 years after Home Alone and we knew you still had it in you.

The Russians Have Hacked Our Info-structure! 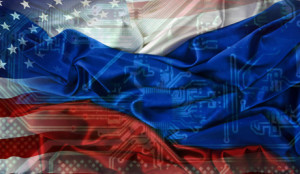 This is not a joke.

National Security sources have confirmed that much of America’s info-structure including oil and gas pipelines, power grids, and nuclear plants are now infiltrated via malware from a Russian cyber-espionage group called “Sandworm.”

The Trojan has not been activated yet but experts say it is setup to be controlled by any designated smartphone, tablet, or laptop and can be set off at any moment. Analysts are tying the hack to the Russian government who, of course, will not confirm any involvement.

Star Wars VII Gets a Title 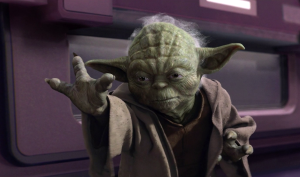 Perhaps the most anticipated sequel of our decade now has a name: “The Force Awakens.” The cast includes the original Ford, Fisher, and Hamill trio with Han and Leia’s kids apparently awakening some serious “midichlorian” action.

Apparently the script was changed after Han Solo’s ankle was broken during the filming. Another major downer. Major plus: director J. J. Abrams did a great job with the Trek reboot. We are all holding our breaths for this one.

“A mysterious someone” is now helping one of the most famous Syracusans with his new Twitter account in the wake of his book Bleeding Orange. You can follow Jim Boeheim at @therealjimboeheim. His bio is pretty great.

Currently “invitation only,” Amazon is now selling its “Echo” which is Siri-like assistant which tells you the weather, spells stuff for your kids, and even knows a few jokes. Looks like a real winner if it lives up to the promo video.

Both Leonardo DiCaprio and now Christian Bale have passed on playing the monumental role (Steve Jobs) in the upcoming Aaron Sorkin/Danny Boyle film. Rumor has it Michael Fassbender (a.k.a. that guy from Inglorious Bastards and a handful of other things) is being offered the role.

Definitely a mistake to skip on this one, in my opinion.

Last weekend, 25 “hackers” teamed up to solve hunger and homelessness in this cool Tech Garden event. They came up with 10 ideas, 5 that really stuck, the winner being Text2Eat – an easy way for people to find out where local food pantries or shelters are giving out free food.

Local software programmer, Thomas Hart had this to say about the event:

“Truth be told, I’m blown away that so many participated and with such fervor and energy,” said Hart, “One team in particular traveled many hours (they were from RPI) just to be at the event and spent all night hacking. Considering the prizes were mostly donor swag, it warms my heart to know that so many spent so much of their valuable time in such an altruistic way. My personal experience motivates me to address this issue, but for most of the participants it was nothing more than trying to do good. To me this is a reaffirmation of the basic goodness of people – a lesson I too often forget.”

Tony Kershaw, Innovation Specialist at the Tech Garden, talked about how technology is playing an increasingly important role in just about everything today.

“No matter what part of the globe you are on,” said Kershaw, “Technology and innovation is shaping what the future will look like. As explorers of that future, technologists have a responsibility to make sure the beneficiaries of those innovations are part of the process of building it, not merely recipients of the final product. Hack Hunger and Homelessness was born out of that notion and that’s why we encouraged as many people as possible to be a part of this community-wide discussion about hunger, homelessness, and the role technology plays in making a difference.”

See Kershaw’s article HERE on the event for a full overview.

“Social Media and Civic Pride” – a new Social Media Breakfast is coming up, Thursday, November 20th from 7:30-9am (it’s breakfast people) at Sky Armory in Armory Square. Hear local online community buzz generators such as the New Times digital media manager, Ty Marshal, speak about igniting the local flame. Other speakers include Marty Butts, John Desantis, Chris Fowler and Lisa Romeo. Lots of fun, cool people, I like going to these – and get a tour of the newest, coolest venue in CNY. It’s free, just RSVP here: http://smbsyracuse21.splashthat.com/

Commercialization Academy Pitch: Saturday, November 15th from 1-6PM in Marcy, NY. Over $50k in prizes for some cool new tech ventures. Check it out.

Branding for the Web: Thursday, November 20th at the Tech Garden in Syracuse, sponsored by Girls in Tech. Learn how to create a professional online presence!