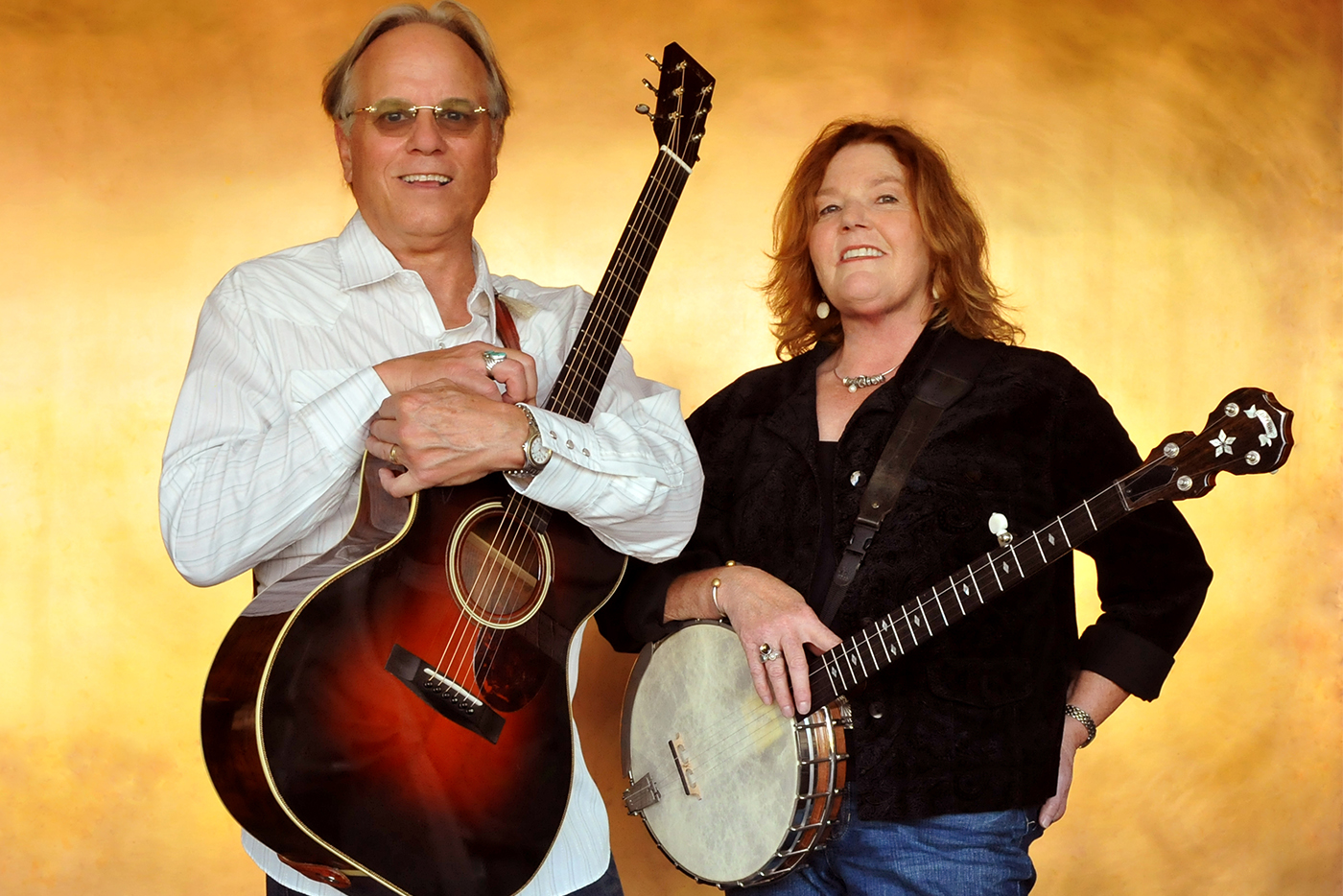 Passion for music and each other guide Robin and Linda Williams.

Robin and Linda Williams are like the Tedeschi Trucks of the folk/acoustic country world. The husband-wife team has been performing together for more than 40 years, blending

personal experiences and universal themes in songs that speak to their bluegrass and country roots.

On Friday, Nov. 4, 8 p.m., the couple will visit May Memorial Unitarian Universalist Society, 3800 E. Genesee St., to share their sounds with the Folkus Project audience. Admission is $20; visit folkus.org for information.

The Virginia-based duo has performed on prestigious stages and shows such as radio’s A Prairie Home Companion and the PBS series Austin City Limits. Robin Williams spoke during a phone conversation with the Syracuse New Times about working in tandem, writing a great song and following your heart in the music.

How did you start as a musician?

I graduated from college in South Carolina and started doing what everybody does: I got a guitar and started playing anywhere. Whoever wanted me, I’d go play there. It turned into a job. I worked the college coffeehouse circuit and had an agent. I did that for three or four years and at one point went to visit my folks and ran into Linda at an open mike. We’ve been together almost ever since.

There was a short period of time we didn’t know if it would work out or not, but once we teamed up we thought, “Are we gonna get married? And if we do, what about this musician thing?“ She decided to give up her job so we could do it as a duo and we’ve been doing it ever since.

We’ve been married for 43 years. It’s been a good ride, a long ride. It’s worked out so well because we’re together all the time. We’re never out of each other’s sight long enough to get into any trouble. We make all the business and musical decisions together. It’s worked out really well.

How do you maintain a healthy relationship while working and traveling together?

It basically comes down to a matter of respect. You have to respect each other’s opinion and find a compromise somewhere, like any other marriage. You just carry it into your business. My strong points help her weak points, and vice-versa. It’s the same musically. You carry it over. It’s a constant give-and-take in relationships.

You toured with a four-piece band, but now you’re back as a duo. What happened?

We started looking at our life and thinking in terms of how much work it takes to keep a band on the road and having to make decisions by committee. It’d be easier to go back and have the duo. We just didn’t want to kill ourselves on the road anymore.

Running a band, you take a lot of gigs just to make it work financially. You find yourself working for the band. We enjoyed it the whole time we did it but saw ourselves slowing down. With two people, you’re booking one motel room, not three. Things like that. The expenses are over half less what they used to be.

How did it change you musically?

We had fabulous musicians playing with us and it’s a challenge not to have them. All of a sudden, I’m looking over at a really good fiddle player saying, “Take it!” But now one of us has to take it. We find ourselves working harder. We have to keep it sharp with just the two of us; that’s all there is.

Do you write songs together or separately?

It’s the same as living together. We write lyrics together, music together. It’s worked out that way. We really learned a lot when we wrote a musical down here (in Virginia) where all our friends would see it. We had no songs in January and by June we had 14. It was a really intense period of time and it required us to not spend any time bickering over lines in the song or musical ideas. We learned that if one person doesn’t like it, you say, “OK,” drop it and find something else you both are happy with. That was a huge lesson to learn.

Tell me about your involvement with A Prairie Home Companion.

Garrison Keillor worked on that show for 40 years. We worked with him. He was a humorous and wonderful radio host. Roots music was part of the deal. He had jazz roots. He loved to sing.

The music industry has drastically changed. How have you survived it?

When we started, the digital age hadn’t happened. Studio time was really expensive. You really needed backing to make a record. You couldn’t use your iPhone. Our first nine recordings were before the digital age. Now anybody can record.

Our focus has always been in personal, folk/bluegrass/country music. We’ve developed a dedicated following in this genre of music without relying on the music business or a music company. We’ve been grassroots the whole time. Now we’ve played every state in the union except for Hawaii.

Are you happy you chose this path?

I had no idea where it would take me or how hard it would be. But the music itself and the life is something I really love. And I was fortunate and wise enough to find a partner who would go with me through the whole thing. It’s been a great ride.

Stay true to the music. Let the music lead you where it will. Everybody does it differently. The music has to be the focal point and it has to be something you want to do more than anything else, because if it’s not, there are plenty of things around that will derail you. Just wake up every morning with the music as your focus and somehow you’ll find a way. Nothing makes you feel worse than writing and nothing makes you feel better.