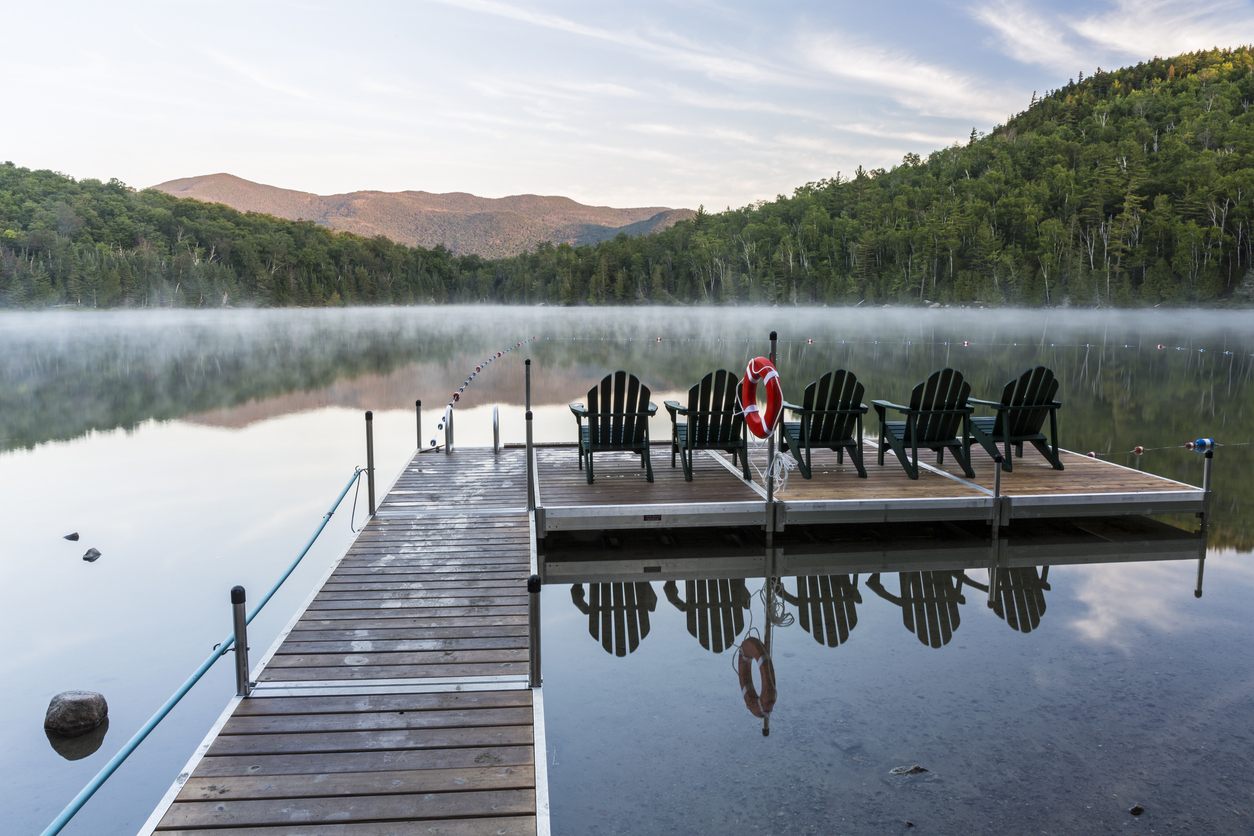 Railing Against Using The Adirondacks As A Junkyard

The Adirondack Park is one of New York state’s greatest assets and most precious gems. The large area of wilderness provides both a protected habitat for wildlife and a place for recreational tourism for the rest of us.

It is not meant to be a junkyard. However, Iowa Pacific Holdings, LLC, seems determined to make it one.

The Chicago-based subsidiary of the giant real estate company Berkshire Hathaway has been allowing one of its clients, Union Tank Car Co., to store dozens of unused oil train cars on railroad tracks in the Adirondack Forest Preserve.

Several years ago, Iowa Pacific purchased 30 miles of track between North Creek, in Warren County, and Tahawus, in Essex County, with the intention to start freight service there. Those plans never came to fruition, so the company has been seeking to make money by leasing the tracks to store idle railcars.

According to the Adirondack Council, a continuous wall of rusty railcars, like the ones from Union Tank Car, creates a barrier to wildlife, threatens the region’s water quality, creates an eyesore in an otherwise pure landscape and damages the state’s efforts to promote the region as a wilderness recreation area. New York has spent tens of millions of dollars over the past 20 years acquiring new forest preserve in the portion of the Adirondacks where these cars lie.

As part of his 2018 State of the State initiatives, Gov. Andrew Cuomo announced Dec. 19 his intention to take legal action to stop the mothballing of railcars. His determination paid off: On Dec. 26, Union Tank Car announced it would remove its 65 tank cars from the Adirondacks. The company’s general manager said he regretted the decision to store them there, and that it won’t happen again. Those cars are expected to be removed by mid-January.

Cuomo took a victory lap for that decision, as he should. It’s a crucial win for him, the park and all residents of New York.

But we shouldn’t celebrate just yet. The day after Union Tank Car announced it would pull its cars out, Iowa Pacific informed state officials that it still has other clients looking for someplace to store oil cars. The company’s lawyer wrote in a letter to the Department of Environmental Conservation that Iowa Pacific plans to bring “hundreds” of additional cars for storage to the region — perhaps up to 2,500 58-foot-long railcars. That would create a 22-mile-long scrapyard through the wilderness.

That’s something we cannot allow. The same state officials who spent months pressuring Union Tank Car to pull out need to continue to be vigilant for possible future companies who believe the Adirondacks is a suitable location for rusty, greasy and broken-down train parts.

Cuomo and his administration should continue seeking a cease-and-desist order on future storage of railcars on that section of track. The DEC should continue to seek a “petition for waivers and exemptions” from the Federal Surface Transportation Board, which would support the state’s effort to classify the rail line used by Iowa Pacific as “abandoned.”

Right now, Iowa Pacific is able to claim its car-dumping as a legitimate working railroad operation. And that’s just not right.

State officials should also press for new federal regulations to protect environmentally sensitive areas like the Adirondacks and other places from these types of harmful activities.

There is one other option. Iowa Pacific claimed it would only cease tanker storage if New York purchases the company’s freight easement on the line, which would cost millions. But we’ve already spent millions acquiring the land where these railcars are to make it “forever wild.” It would be a waste if we spent that kind of money just for it to end up being a forever trash heap. So buying the land from the railroad shouldn’t be ruled out.

We’re lucky to live in a state that hosts both the nation’s most populous city and the largest publicly protected area in the contiguous United States, less than 200 miles apart from each other. We cannot afford to take the latter for granted.

We must do what we can to ensure the Adirondack Park remains as wonderful and wild a place as it always has been. Iowa Pacific clearly doesn’t see that as a priority, so we must keep it one.