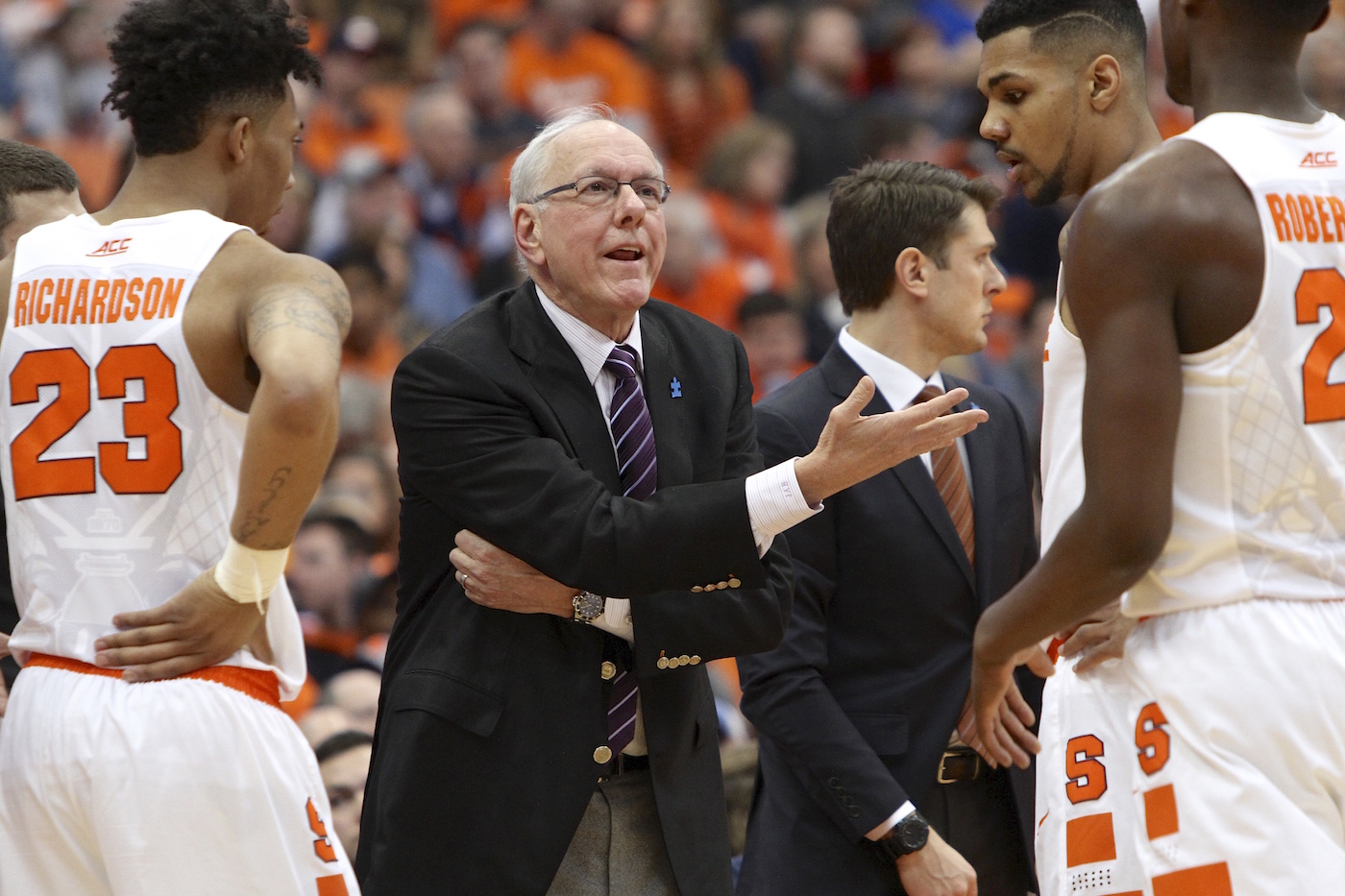 The Orange look to come off the bubble heading into their final regular season game.

It’s been a season of ups and downs for the Syracuse Orange men’s basketball team. Once ranked No. 14 in the nation with a record of 6-0, the Orange have been treading water ever since.

Now sitting at 19-11 (9-8 ACC), Syracuse is on the bubble to earn a bid in the NCAA Tournament. As it stands right now, the team has been dubbed as “probably in,” according to CBS Sports’ bubble watch list. There is still one regular season game left to go for the Orange, however, against ACC colleague Florida State.

Syracuse is coming off a five-point loss to No. 8 North Carolina, a game in which coach Jim Boeheim said he was proud of the way his team played, despite coming up short.

“I thought we battled; their poise was great (against a) really good team,” Boeheim said in his postgame press conference. “(We) played with a lot of momentum. They got the lead and we just battled back and showed a lot of heart.” 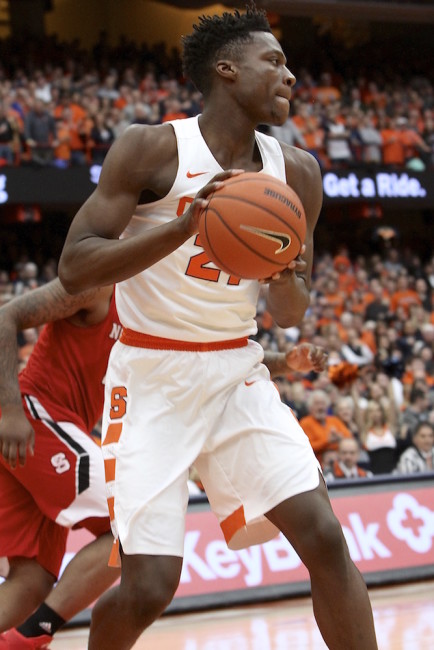 After saying that if he “had anyone else, he wouldn’t play a minute,” about junior forward Tyler Roberson following the Orange’s 14-point home loss to Pittsburgh on Feb. 17, Boeheim praised his leading rebounder’s play against the Tar Heels.

“I thought he was good,” Boeheim said. “This was a perfect game for him. They don’t block out so he can go and get some rebounds and he did that tonight. He was active and I thought he played well.”

Syracuse looks to ride the momentum — for what it’s worth — of playing side by side with one of the nation’s college basketball powerhouses in North Carolina to its advantage against Florida State on Saturday, March 5. The Orange disposed of the Seminoles easily enough the first time they played this season in early February, winning 85-72. The game was played at the Dome, however, while the two teams will face off at Florida State this time around.

This game is a must-win for Syracuse to keep its tournament hopes alive. In order to secure their 20th win of the season, the men in orange have to slow down Dwayne Bacon and Malik Beasley, who lead Florida State in scoring, both averaging over 15 points per game. The Orange were able to accomplish this to an extent in the teams’ first bout, with Bacon only scoring 11 points in 29 minutes. Beasley, however, played slightly better with 14 points in 36 minutes, hitting four 3-pointers in the process.

It will also be up to Syracuse’s leading scorer, senior guard Michael Gbinije, to guide his team to a victory. Gbinije is averaging just over 17 points per contest and has asserted himself to be one of the best guards in the ACC, if not the country. He must, however, sort out his tendency to turn the ball over heading into Saturday and into ACC Tournament play. He leads his team by a large margin with 86 turnovers on the season; seven coming against North Carolina, with several of which during key points in the game.

If the Orange fall to the Seminoles on Saturday, they would have to win the ACC Tournament to earn a guaranteed spot in the NCAA Tournament.