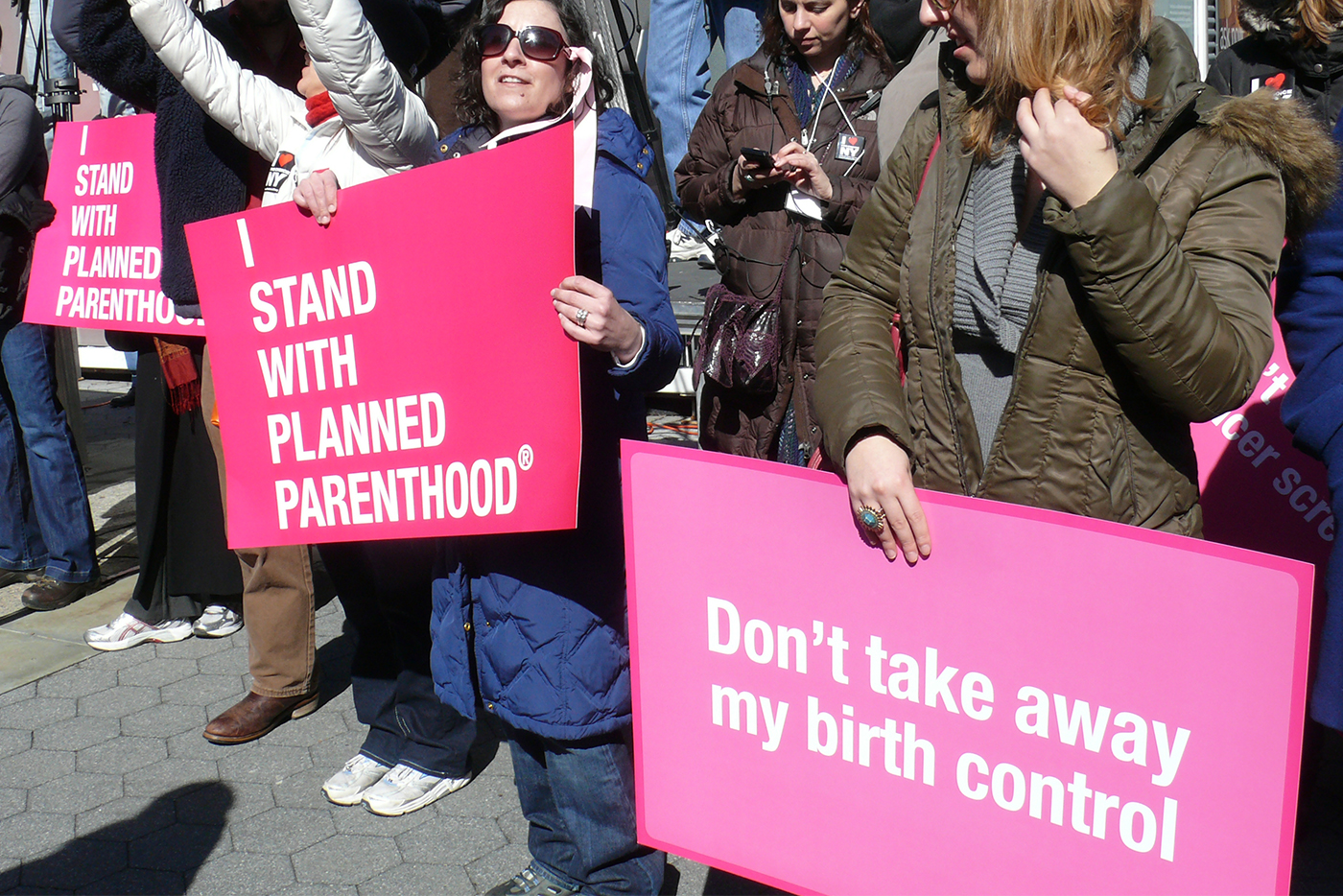 Just before noon on Nov. 27, the day after Thanksgiving, a man approached a Planned Parenthood clinic in Colorado Springs with a semiautomatic rifle. He killed three people and wounded nine others.

The first of these attacks came just after the Center for Medical Progress (CMP), an anti-abortion advocacy group, released the first of several heavily edited videos aiming to prove that Planned Parenthood sells fetal tissue for profit. Multiple investigations, including those by the House Judiciary Committee and by several states, found no evidence to support these assertions. Last month in Harris County, Texas, a grand jury investigating the claims made in the videos cleared Planned Parenthood of wrongdoing. Instead, they indicted CMP’s leaders. Additionally, Planned Parenthood Federation of America, along with seven affiliates in California, have brought a civil lawsuit against CMP alleging violation of several federal laws.

This year marks the 43rd anniversary of Roe v. Wade, the 1973 Supreme Court decision that solidified the right to abortion. A national debate has ensued in the decades since. Though attacks like those in Colorado are rare, anti-abortion violence has a long history. From the current tragedies, to the murder of Kansas doctor George Tiller in 2009, to the kidnapping of a doctor and his wife for eight days in 1982.

Shortly after the Colorado Springs attack, staff and supporters of Planned Parenthood in Central and Western New York gathered outside the Syracuse Health Center on East Genesee Street at a vigil to speak out against the violence. Dozens came to show their support, and the health center manager, Stephanie Phillips, spoke passionately about why she and her colleagues continue to work for Planned Parenthood — even under threat of violence. Her speech showcased the varied services the health center provides, and the commitment and compassion of its staff.

The speech below has been edited for space and clarity:

“I am honored to speak with you today about what we do at Planned Parenthood of Central and Western New York and why it is so important.

I thought I might tell you about Title X funding and how we use it to place Long Acting Reversible Contraceptives (LARCs) like IUDs and hormonal implants; that we’re one of the few providers in the area that provides these methods to low-income women in a clinic setting. PPCWNY is proud to have provided preventative healthcare to over 3,000 patients in 2015. It is unconscionable that politicians — many of whom have never even set foot through these doors — doubled-down on efforts to take that away from thousands of patients who receive services through Title X each year.

I thought I might tell you that we are the only abortion provider for about 150 miles that serves patients without private insurance coverage.

I thought I might tell you that 73 percent of patients that come through our doors live at or below the Federal Poverty Line.

But I want to talk about more than numbers and statistics. I’m here to tell you what it truly means to work here.

I wish I could invite those looking to defund Planned Parenthood to do my job for one day. For one day, I want them to look into the eyes of a mother of 12, here for an abortion because she cannot support the children she already has, and tell her that they do not think she should be allowed to make that choice. To tell a sex trafficking victim she cannot have an IUD that will save her from pregnancies that would otherwise be forced upon her. To turn away the girl with the abusive boyfriend and tell her she is on her own.

I want them to hear me call a patient several times to make sure she keeps her appointment to rule out a dangerous medical condition. I want them to hear my staff as they ask our patients, ‘Do you feel safe at home? Do you have to hide your birth control, or keep it a secret from anyone?’ — and to hear just how many patients answer ‘yes.’ I want them to watch my educator answer questions for a red-faced teenager who wants to know if her relationship is a healthy one, and doesn’t have anyone else to ask.

I want them to watch my staff tell a relieved college student she doesn’t have to pay for her birth control visit, thanks to Title X. I want them to watch her break down in tears of gratitude. I want them to stand next to me while I hold the sobbing girl in the parking lot, who came when the clinic was closed and fell into my arms as I went to my car, asking, ‘Do you work here? Please. I have nowhere else to go.’ I want them to hear me tell her that she doesn’t need to feel ashamed; that unexpected pregnancies happen. That we will help her get insurance coverage; that we will go over all of her options with her; that we can help her prevent this from happening again; that we are here to care for her, no matter what.

If these doors close, no one will be there to catch that sobbing girl. No one will be there to answer those life-saving questions. No one will be here to ensure that the women (and men) of Syracuse have a safe place to go, where they will not be judged not matter what they are being treated for; where we will not treat them differently because they do not have private health insurance, or any insurance at all; where they will have access to exceptional, qualified medical professionals who will treat them with dignity no matter what their age, race, sexual identity, religion or reason for seeking treatment.

At Planned Parenthood our staff are not simply nurses, or clinicians, or medical clerks, they’re also counselors, risk assessors, shoulders to cry on, insurance gurus, advocates, mediators, and the eyes and ears on the front lines, ensuring that our patients are safe.

In no other field of medicine are providers expected to have expertise in such a vast range of social issues in addition to medical ones. In no other office will you find as many dedicated, compassionate people who come here every day and open these doors.

When the clinic staff in Colorado Springs led their patients away from the building and the terror inside, they did not leave them with the medics and walk away. They did not stop to nurse their own fears. They did not punch out and leave because their shifts had ended.

This is what Planned Parenthood means to the communities we serve; what we mean to our patients and what our patients mean to us. We can neither be replicated nor replaced — not by a general clinic, or a school nurse or a dentist. The level and type of care we provide is unique, as is our dedication to continue the work we do in defiance of threats, harassment and intimidation. At Planned Parenthood here in Syracuse, our community needs us.