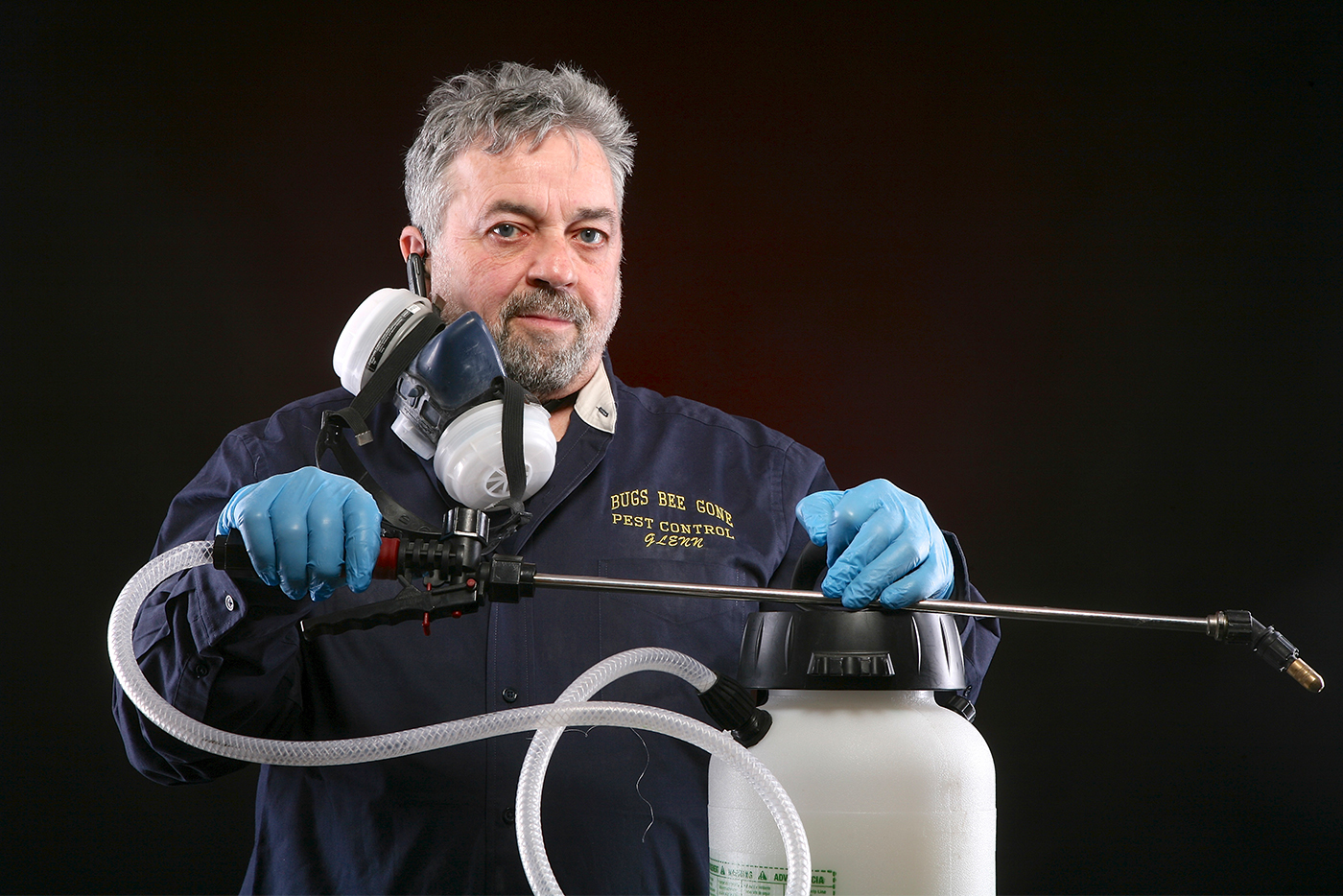 Bloodsucking bedbugs might be coming to a mattress near you.

By Vanessa Langdon and Christopher Malone

Picture this: You’re in bed, unwinding after a long day before drifting to sleep when a conga line of bedbugs strolls across your covers. Thinking about bedbugs can incite itchy crawling sensations, but is there really anything to be afraid of in the Syracuse area?

While creepy and crawly and at times invisible to the naked eye, bedbugs are not an issue of health, according to Lisa Letteney, director of environmental health for Onondaga County Health Department.

“They do not carry disease, and that’s why we don’t take complaints regarding bedbugs like we do about cockroaches, because cockroaches carry disease,” Letteney said. “They are a nuisance and an annoyance, but they aren’t a public health problem.” 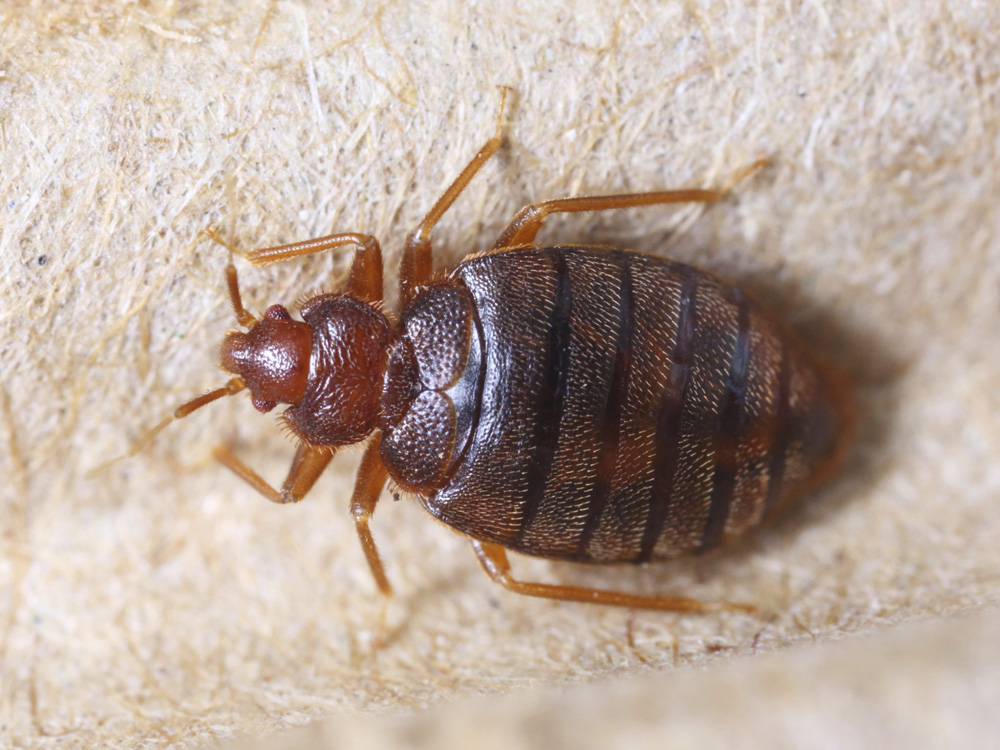 Image provided by smuay via Thinkstock.

The department’s main focus is on education to help solve the irritating problem. “We do have information on our webpage about what you can do if you do have bedbugs in your home,” Letteney said. “And we do have links to give people some clues on what to do if they find bedbugs in their house.”

OK, the health department is not concerned and doesn’t track the spread of bedbugs. Yet the perceived small size of each single critter adds up to a major, spreadable problem.

Although they are not disease carriers, they still spread like wildfire throughout homes and buildings. There have been reports in years past about bedbugs on books but librarians can rest easy because occurrences are rare.

“They can travel on anything: They could get into a book bag or something,” said Glenn Stewart, owner of Bugs Bee Gone, a local exterminator in Jamesville. “Generally speaking, that’s a low possibility. Libraries can have them but they aren’t coming in the books.”

Stewart added, “A large portion of society could be bitten and not even know it. The telltale signs are excrement on pillows and cast skin.” Ewwwww.

The insects feed on both humans and animals: Yes, they’re bloodsuckers. They obtain their food through a straw-like mouth, similar to that of mosquitoes. Depending on the person, some may show physical signs such as red bumps, some may have varying allergic reactions and others may not experience any symptoms at all.

Through time, the little biters have evolved and adapted. They’ve proven their resistance to pesticides and have taken on different characteristics. They also work around everyone else’s schedule: The creatures sleep during the day, then feast and procreate during the night shift.

The Onondaga County Public Library system doesn’t take any chances with its materials. If anything is suspected to be contaminated with bedbugs, staffers take the item out of circulation and replace it with a new copy, according to Doreen Milcarek, an administrator for the downtown Kinchen Central Library.

“We have thousands of materials going to thousands of people’s homes so it’s not surprising that this happens occasionally,” Milcarek said of the occasional bedbug issue.

The last issue she recalled concerning bedbugs at the library occurred last May. “Apparently a book was returned at a branch, and what was seen was thought to be a bedbug,” Milcarek said. “The administrator of branches called the health department to see what the procedure would be. Generally if there is no disease or health hazard there isn’t a protocol. Unless you notice a bug, then you would dispose of the book. I wouldn’t say it is a chronic issue by any means.”

To avoid such instances, the library takes preventative measures and treats the building for bugs on a quarterly basis. Donations are handled separately from the materials already existing in the collection to avoid contamination.

According to a December 2012 New York Times article, libraries are very susceptible to contamination. Due to the insect’s size, it has the ability to sit in the crevices and even nestle (and make whoopie) in the bindings. As methods of prevention, downstate libraries use routine searches and even bedbug-sniffing dogs. 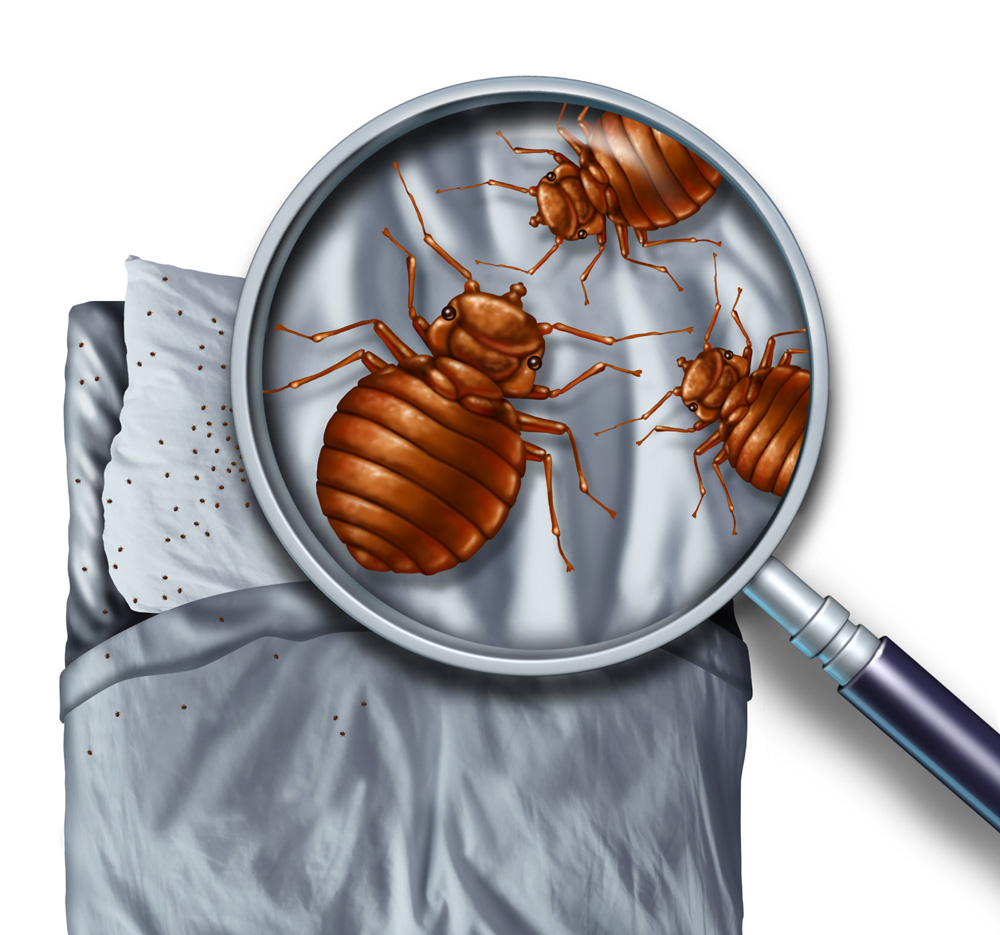 Image provided by wildpixel via Thinkstock.

When it comes to library decontamination, several steps can be taken. Suspect materials can be put in a deep freeze; furniture, however, can be contained in temperatures greatly exceeding 100 degrees.

“We would look at (the donation) for condition,” Milcarek said. “If it’s torn or dirty, we would not accept it other than if it’s based on our collection or need.”

Similar precautions are taken with donations at the Rescue Mission’s Thrifty Shoppers stores in the area. “Every donated item is inspected before it reaches store shelves,” said Kendall Slee, communication specialist for the Rescue Mission. “If it is not suitable for use, it is disposed of. If there is ever any sign or suspicions they will call in professionals immediately.”

According to a bedbug list published yearly by national pest control experts Orkin, Syracuse currently ranks 46th in the nation for cities with bedbug problems. The most recent list proves Syracuse has improved its bedbug condition. In the 2014 study, the city crawled into the top 15, sitting at 14. Last year, we scurried down the list an equal amount of spots to 28th place.

Compared to other cities in each of the reports, Chicago cannot shake its first-place ranking, while Los Angeles and Columbus, Ohio, are consistently in the top five. New York City made large strides and even took a step back for a running start, launching itself from 18th to fourth on the list. Moving down the list is bittersweet and deceiving.

Stewart still gets calls about bedbugs about six times a day, six days a week. He says that bedbug issues rise yearly, with a 40 percent to 50 percent increase each year. According to Stewart, 95 percent of the calls are residential issues.

He says there are many contributing factors for the nuisance’s population surge, such as increased travel and less use of pesticides — despite the beneficial increased public knowledge about what a bedbug is.

An exterminator’s price can vary depending on the degree of infestation and the type of treatments to give bedbugs the boot. Extermination in a single family apartment can cost $450 to $500; a three- to four-bedroom home can cost $1,100 to $1,400.

Vigilance is key to avoiding a costly bedbug problem, Stewart says. More public awareness and action upon detection are also important. Aside from a vacuum or a stomping foot, the known enemies of bedbugs include spiders, centipedes and the disease-carrying cockroach.

The biggest nuisance of a bedbug infestation is the stress and anxiety. Those affected by the insects are fretful about having to throw away countless items; those not yet affected are fearful of being plagued. So the first step is to be proactive and exterminate.

According to a March 2014 New York Times real estate advice column concerning possible legal action involving a bedbug infestation at a co-op, lawyer Elliot Meisel suggested, “Your first concern should be to get rid of the bedbugs. You can go after anybody you want, but you are in a better position to go after people after the problem is solved.”

For more information, to report bedbug cases in temporary lodgings and to simply reference when preparing for hotel stays, visit bedbugregistry.com.