A sign that more people will come out to NBT Bank Stadium in 2015?

It was only fitting that the Syracuse Chiefs had legendary pitcher Tommy John as the special guest at their annual Hot Stove Baseball Dinner, because the Chiefs, like John’s left arm, have come back from the dead.

In 1974, John underwent a radical surgical procedure during which a tendon from his right arm was transplanted into his left elbow to replace a torn ulnar collateral ligament. Even the doctor who performed the surgery, Dr. Frank Jobe, put John’s chances of ever pitching again in the majors at 1 in 100.

John, who was 31 at the time, won 164 major-league games after the surgery — still the most ever for a pitcher after he has undergone what is now routinely known as “Tommy John surgery.”

As for the Chiefs, they were on life support after the 2013 season, when the team was saddled with nearly $1 million in losses by the previous management team. But the Chiefs’ board of directors replaced general manager John Simone with Jason Smorol, and the Chiefs reached the playoffs for the first time since 1998 and cut their losses by about 75 percent.

The good vibes from the 2014 season continued Jan. 23, when the Chiefs sold out the 55th Hot Stove Baseball Dinner, as the crowd of 600 set a record for the event. 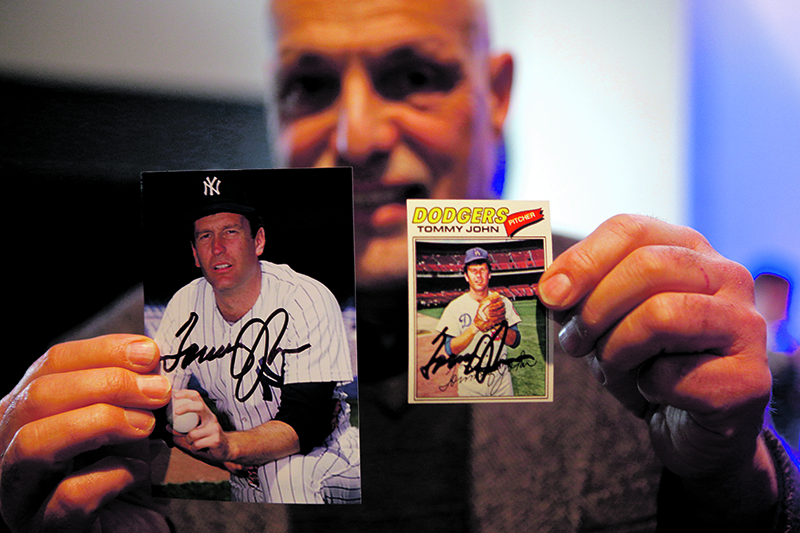 The Chiefs still have some work to do, as their actual fannies-in-the-seats attendance of 247,046 in 2014 was a franchise-record low. But before 2014, management reported tickets sold or given away, not actual attendance, and Smorol’s policy of eliminating free tickets meant there were more fans who paid for their seats.

Smorol said he hopes the sellout crowd at the Hot Stove is a sign that more people will come out to NBT Bank Stadium in 2015. 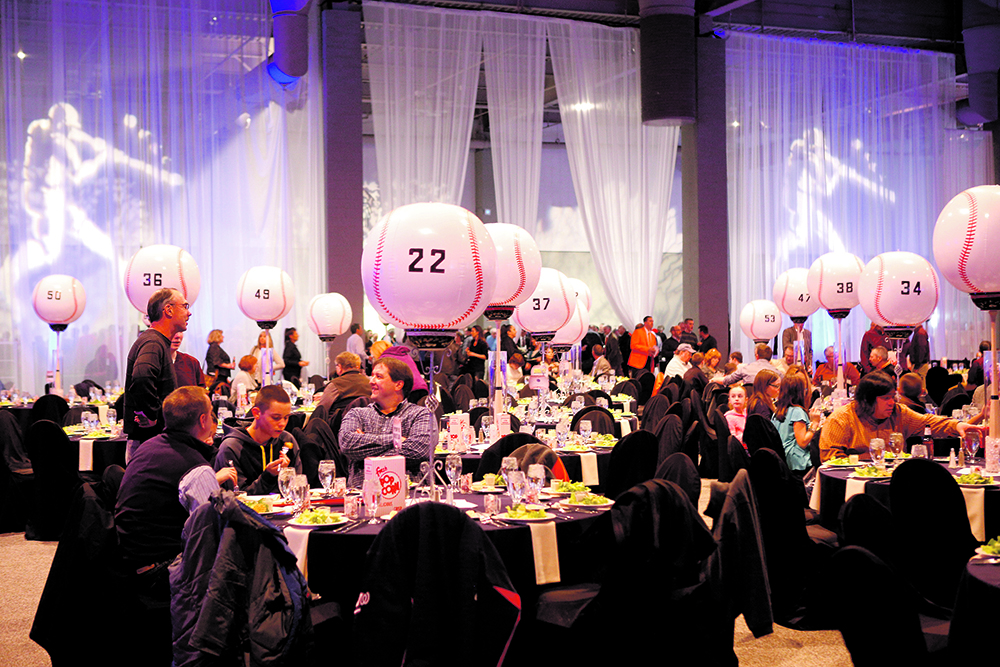 “This is a great outing,” said longtime Chiefs fan Marty Nave, of Syracuse. “All those negative remarks that Syracuse doesn’t support baseball, the stadium should be someplace else, the fans only support a winner. This (event) shows that baseball is alive and well in Syracuse.”

Jim Durkin, of Schroeppel, has been a vendor at Chiefs games for 56 years and has attended just about every Hot Stove event. He said he can’t remember the fans having as much fun as they did as this year’s event.

“It’s such a pleasure to be at this venue and see the fans with their kids having such a wonderful time,” Durkin said. “Jason (Smorol) has been working hard to get the fans back, and I’m proud to be associated with him.

Matt Michael is a freelance writer based in Syracuse. Email him at [email protected]