Symphoria remains committed to re-establishing a fine orchestra in Syracuse

Symphoria will visit at least four middle schools in the coming school year to put its music-making skills to use in the classroom. 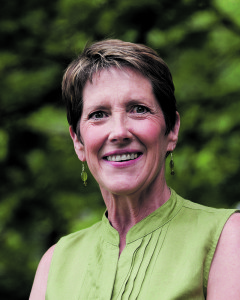 Catherine Underhill, the managing director of the orchestra, said Symphoria will provide music as part of an interdisciplinary educational experience linking science, math, environmental issues and such other subjects designated by teachers.

“This is one way for us to create a band of future musicians and to develop a new audience that appreciates the orchestra,” she said.

“This is an opportunity for teachers to use music creatively. There is no fixed format for instruction. In a pilot program that Symphoria initiated this summer, music was used by a school in Auburn to teach chemistry, and in North Carolina to teach earth science,” Underhill said.

This pilot program has been designed by Becky Dodd, a teacher at Liverpool Middle School, and David Amidon, a scientist at the State College of Environmental Science and Forestry, and his colleagues. One aim of the program is to teach music in an innovative way.

In March, the group performed at the Carrier Theater, at the Oncenter, to demonstrate the possibilities to schools and community members. The  performance included visuals projected onto a digital screen. Amidon assumed role of narrator and described to the audience what they were going to see and hear. The images displayed were scenes from nature, and the music was based on classical compositions inspired by nature. When the audience saw trickling water, the orchestra played a melody using the sound of dripping water. When it saw a bird, the orchestra made music with bird songs.

Through Beethoven’s Symphony No. 6, “Pastoral,” evoking the sound of a thunderstorm, or the Winter movement of The Four Seasons, by Vivaldi, the audience was made aware of the role of nature in their cities. The musicians hoped to bring to life local environmental issues.

At Liverpool Middle School, Dodd’s students worked with musicians Alan Kolsky, Sonya Williams and Kit Dodd from Symphoria, learning how to capture the sounds of raindrops, rivers and wind with assorted instruments. The children were then taught to write their own music.

Amidon used the orchestra to raise environmental awareness in students at LaFayette Middle School. He drew attention to the condition of Onondaga Lake. The children of the two schools then interacted with each other to share ideas.

“We at Symphoria are happy with the response we have received from schools and hope to extend the program to other schools in Madison and Onondaga counties,” Underhill said.

Symphoria’s multimedia program will likely begin in schools in February and March 2015, although more money is needed. Underhill noted that participating schools would be charged a nominal fee.

“Musicians at Symphoria are adapting well to changing times,” said Katrina Crocker, speaking for the foundation. It was impressed by this new educational endeavor, she said.

“This is an effort to demystify the orchestra and make it more accessible to the audience. Symphoria remains committed to re-establishing a fine orchestra in Syracuse,” Underhill said.