The Approval Matrix, a weekly print feature introduced a decade ago by New York magazine is making its way over to television.

The Matrix is coming to television.

No, not that Matrix.

The Approval Matrix, a weekly print feature introduced a decade ago by New York magazine, is billed by the magazine as “Our deliberately oversimplified guide to who falls where on our taste hierarchies.” In case you haven’t seen it, it’s an infographic that ranks the week’s cultural, political and social news on two axes: high brow to low brow (vertical) and despicable to brilliant (horizontal).

The earliest matrices read as a collection of generic references to happenings in our collective pop culture consciousness. The newest reflect a nuanced take on the state of our shared sociocultural ken, complete with links to relevant articles from other publications. It’s a roundup that’s pleasantly simplified and easily digestible for an attention-deficit populace, but fleshed out enough to allow for further exploration, if you’re so inclined.

The TV show, announced in May, is certainly not the first of its kind. It has close kin in Best Week Ever, The Soup, The Dish, Tosh.0, and Attack of the Show!, and some distant cousins in shows like The Colbert Report, The Daily Show and Chelsea Lately. There’s no shortage of pop culture commentary on the small screen, to be sure.

But something feels different about this show. Maybe it’s that it’s the brainchild of three of the genre’s most venerable stars: Neil Brennan (co-creator of Chappelle’s Show) will host, and Rory Albanese (The Daily Show) and Michael Hirschorn (Best Week Ever) will co-executive produce. Quite the impressive pedigree.

It might be the format that is intriguing. Many shows in the pop culture roundup family rely heavily on the humor and cadence of a singular host. It takes a special sort of host to entertain an audience for a full 20 minutes. The Approval Matrix will involve not only a singular host (Brennan), but also sketches, field pieces and a round-table panel discussion a la Meet the Press. The panelists and performers will include a mix of comedians and celebrity guests, with an extraordinary first season lineup, announced this week: Amy Poehler, Jon Stewart, Chris Rock, Jason Biggs, Willie Geist, Jim Norton, Donnell Rawlings and others. With all that star power packed into just six episodes, it’s a wonder the run isn’t longer. Why so short, Sundance? Why not aim for an ongoing weekly like Best Week Ever or Last Week Tonight? 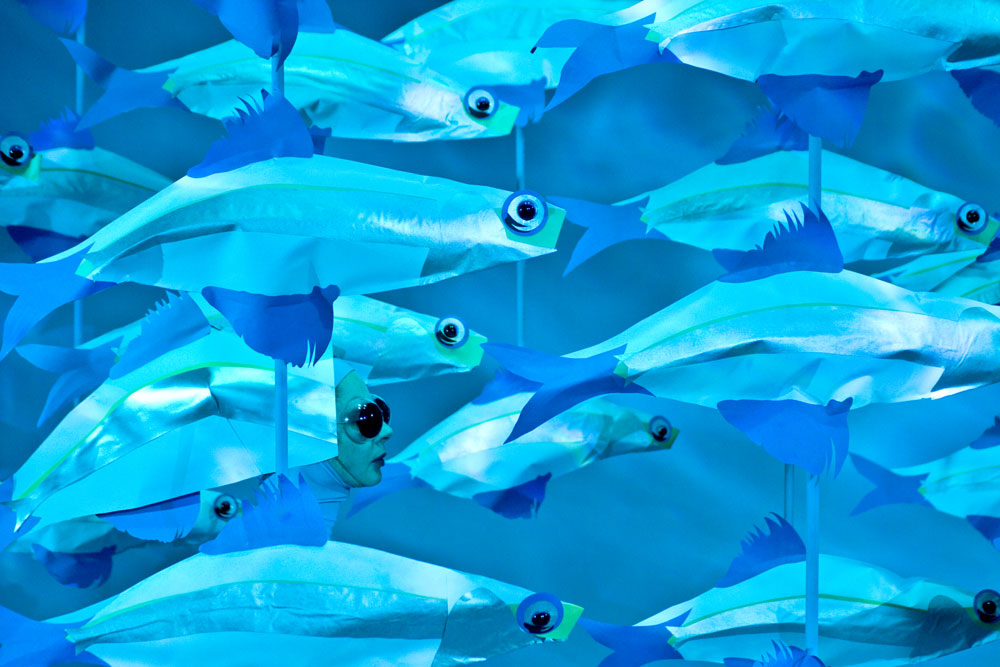 It feels like the same trajectory that AMC, Sundance’s sister channel, followed when it rebranded itself in the early 2000s, switching from a classic movie warehouse to an original programming powerhouse. Perhaps The Approval Matrix and Sundance’s other highly-anticipated summer premiere, the mini-series The Honourable Woman (starring Maggie Gyllenhaal) will be enough to push the network into its sister’s spotlight.

But then again, there’s something glamorous about truly great programming that remains inconspicuous, untainted and unfettered by the commentary of the masses. I’m no hipster (famous last words?), but I am thrilled by programming that demonstrates polished excellence from the start, without any growing pains. That’s what Sundance seems to be offering: prestige television for the average cable subscriber. Sundance’s success is yet another exciting development in this new Golden Age of television, and I for one can’t wait to see what they do next.

If you’re waiting in antici…pation for AMC’s Breaking Bad spinoff Better Call Saul, the network has a plan for your summer. It announced last week that it will be airing every single episode of the Emmy award-winning show on Sunday nights from 5pm-1am, beginning August 10 and culminating with the finale on October 5.

This isn’t just your standard rerun marathon – it’s a heavily-marketed “event.” Each week, the eight hour binge session will include never-before-seen interviews, commentary and “making of” segments.

AMC is also launching an extensive social media campaign around this collective binge, with social badges, infographics on the science, polls and trivia. Through a partnership with Facebook, the network will present a deep look into the development of and trends within the Breaking Bad fan community on the social network – a cadre that boasts 10 million members and has continued to grow even after the show’s conclusion. Nerds unite!

My advice? If you have a DVR, use it. Early fall in Central New York is too beautiful a time to forego evening barbecues and bonfires in favor of Walter White’s tighty whities. Plus, Better Call Saul won’t premiere until early 2015 – what will you do during that dark, cold time between October and January?

Where to watch: AMC (or your DVR, or Netflix)

When: Sundays August 10-October 5, 5pm-1am (or any time, at your convenience)

Sarah Hope is a graduate student in the Goldring Arts Journalism Program at the Newhouse School at Syracuse University, where she focuses on television, entertainment history and classical music.  Find her on Twitter @sarahmusing.

Aereo was on the wrong side of the law, but the right side of history
The state of the Emmy Awards
To Top