Two minutes turned into four extra weeks of the 2013 season for the Syracuse University football team.

Trailing 31-27 with about two minutes left against Boston College Nov. 30 at the Carrier Dome, the Orange drove 75 yards and scored the game-winning touchdown with just seconds remaining. That drive gave the Orange a 34-31 victory, evened their regular-season record at 6-6 and made them eligible for a bowl game.

One week later, the Orange accepted an invitation to play Big Ten Conference member Minnesota in the Texas Bowl on Dec. 27, 6 p.m., at Reliant Stadium in Houston, the home of the NFL’s Houston Texans.

It’ll be the 25th bowl game in SU history and the third in four years after a five-year bowl drought. 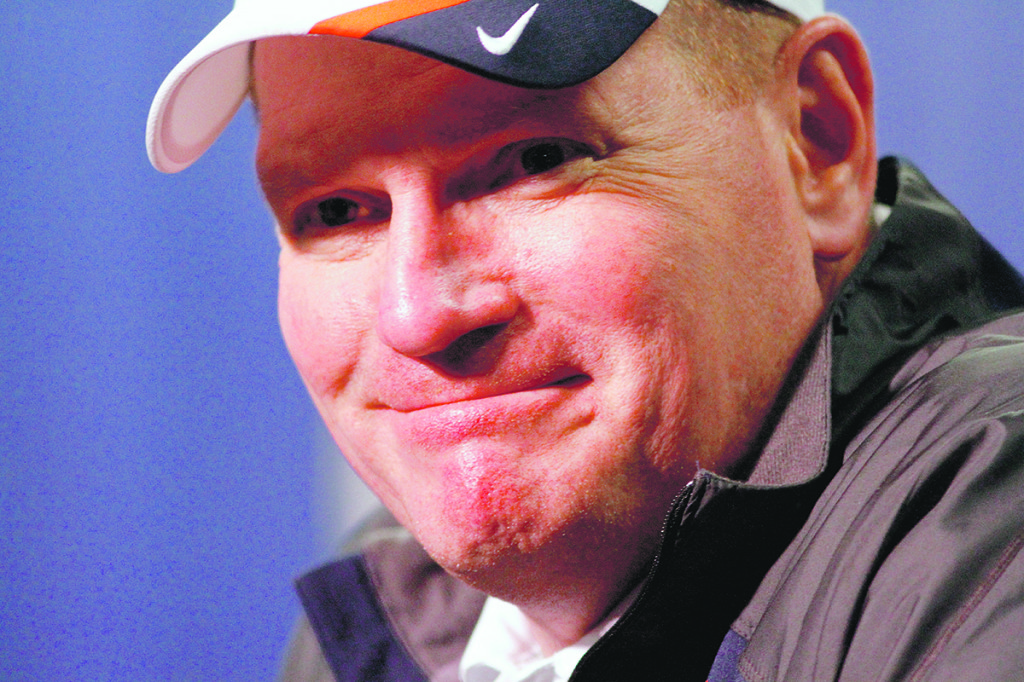 “On so many fronts, it helps your program,” SU first-year coach Scott Shafer said. “Not only the extra practice time, but also the opportunity to continue the process of learning. More football, and more videotape time in an environment where the kids aren’t in school anymore, either, which is big.

“It’s more of an NFL feel to the week,” Shafer added. “The kids get that opportunity to prepare. You don’t have to hurry. You have a little bit more time to take a few seconds to retool your teaching approach and take a look at where you are.”

The game will mark SU’s first trip to the Texas Bowl, which was founded in 2006. In the Orange’s only other bowl appearance in Texas, it defeated the University of Texas 23-14 in the 1960 Cotton Bowl to capture the 1959 national championship.

Syracuse went 4-4 in its first year in the Atlantic Coast Conference, finishing behind only No. 1 Florida State and No. 12 Clemson in the Atlantic Division. Minnesota is 8-4 (4-4 in the Big Ten) and is led by running back David Cobb, who rushed for 1,111 yards and seven touchdowns.

“They’ve got a doggone good running back in Cobb,” Shafer said. “He can run the football, and he runs it well because they block it well up front. They’re a sound, tough team.”

The Gophers have won three of the four meetings between the schools, including the most recent game, at Minnesota in 2012.

The Orange owns a 14-9-1 postseason record. SU is riding a two-game bowl-winning streak, having won the 2010 and 2012 New Era Pinstripe Bowls against Kansas State and West Virginia.

Guardian Angels
Nothing But Nets
To Top