If 2013 wasn’t one of the most historic years in Syracuse sports history, it’s certainly in the conversation.

No, a Syracuse team did not win a championship, although the Syracuse University men’s basketball team, SU men’s and women’s lacrosse teams, and Syracuse Crunch hockey team came close.

So here, in reverse order, are the top Syracuse sports stories of 2013:

Honorable Mention: The SU men’s lacrosse team reached the NCAA championship game before losing to now-ACC rival Duke, 16-10; the SU women’s lacrosse team reached the Final Four before losing to No. 1 Maryland, 11-10, in the national semifinals; and the SU women’s basketball team went 24-8, advanced to the NCAA Tournament and finished the season ranked No. 22 in the country.

5. “Bam. There you go!”
In early September, the Syracuse Chiefs issued a late-Friday press release announcing that Tex Simone had retired as the team’s executive vice president and chief operating officer. Simone had been affiliated with the Chiefs since 1961 and was the driving force behind building a stadium on the city’s North Side in 1997. 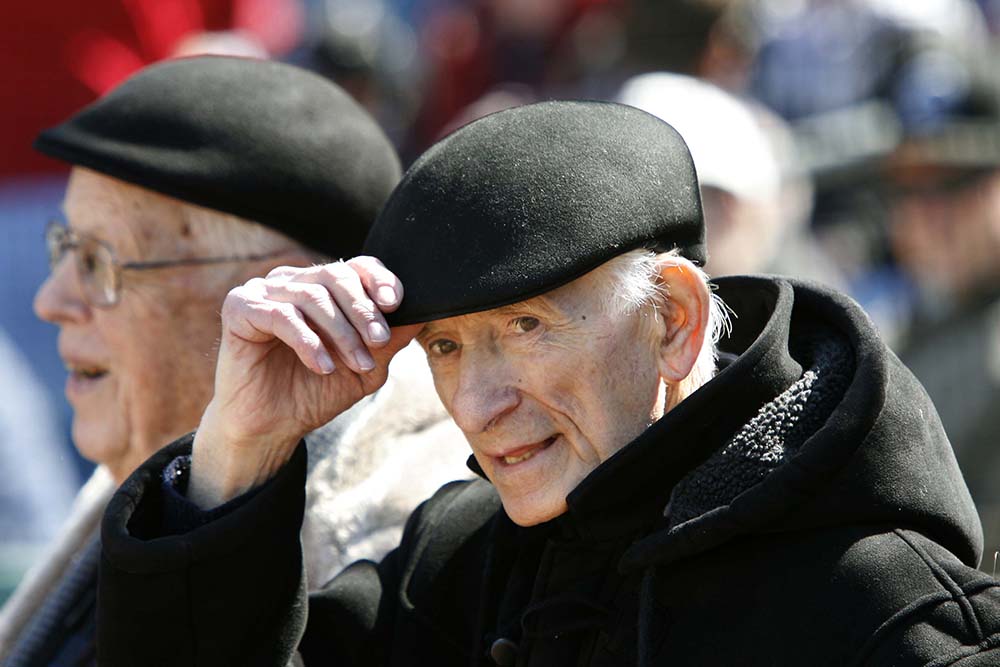 By the end of September, the team’s board of directors approved a reorganizational plan that included a $500,000 loan from six of the board members to infuse cash into the financially troubled team. The reorganization also included the firing of longtime general manager John Simone–Tex’s son–who ran a team that had the lowest paid attendance in NBT Bank Stadium’s 17-year history (345,047) and lost nearly $1 million in 2013, according to the team’s financial records.

In early October, the Chiefs hired former Auburn Doubledays general manager Jason Smorol to succeed John Simone. With nowhere to go but up, Smorol promised to create the same fun, family-friendly atmosphere at NBT Bank Stadium that he created at Auburn’s Falcon Park.

While the Chiefs’ former management often blamed the team’s pitiful attendance on bad records and rainy weather, the Syracuse Crunch hockey team has thrived for 20 years despite bad teams, snowy weather and an outdated facility, the Onondaga County War Memorial Arena. In the Crunch’s first year as the affiliate of the NHL’s Tampa Bay Lightning, its dedicated fans were finally rewarded in 2013 with the team’s first appearance in the American Hockey League’s Calder Cup finals. 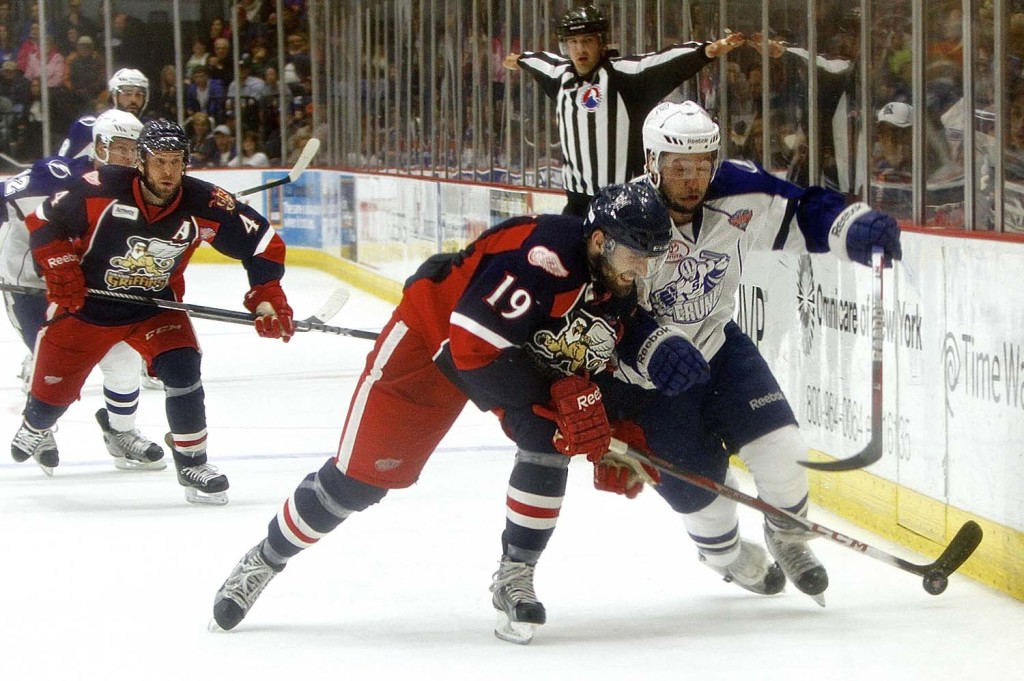 After posting a 43-22 regular-season record and winning the East Division, the Crunch went a combined 11-1 in the first three rounds of the playoffs before losing the first three games of the best-of-seven finals to Grand Rapids. The Crunch rallied to win the next two games but lost 5-2 in Game 6 at the War Memorial.

“This was the best team all around,” Crunch owner Howard Dolgon told Syracuse.com after the Calder Cup finals. “When we made the move {to Tampa Bay}, we knew it would be good. We didn’t know it would be this good.”

To some, a 6-6 record and an appearance in the Texas Bowl scream mediocrity. But take a closer look at the 2013 SU football team and you’ll see a remarkable season for first-year head coach Scott Shafer.

Shafer, the defensive coordinator under former head coach Doug Marrone, had to pick up the pieces in early January after Marrone left for the NFL’s Buffalo Bills and took half of SU’s assistant coaches with him. Shafer also had to overcome the loss of several key players to graduation and injuries, and navigate the Orange through its first season in the ACC–a journey that included several blowout losses and a heart-wrenching 17-16 loss to Pittsburgh Nov. 23 at the Carrier Dome.

The next week, the Orange offense had to travel 75 yards in the final two minutes and eight seconds to score the winning touchdown in a 34-31 victory over Boston College at the Dome. That come-from-behind win earned SU a trip to Houston to play Minnesota in the Texas Bowl on Friday, Dec. 27–the Orange’s third bowl appearance in four years.

“We’ll never give up,” Shafer said after the Boston College game. “And I don’t care if it was Florida State where we got our butts kicked or Clemson when we let ourselves down, most importantly, our kids never quit and they come back the next week and they’re resilient.”

On Dec. 17, 2012, SU men’s basketball coach Jim Boeheim became just the third coach in Division I history to reach 900 wins when the Orange defeated the University of Detroit at the Carrier Dome. Two weeks later, Boeheim passed Bobby Knight and moved into second place on the all-time list, behind Duke’s Mike Krzyzewski. 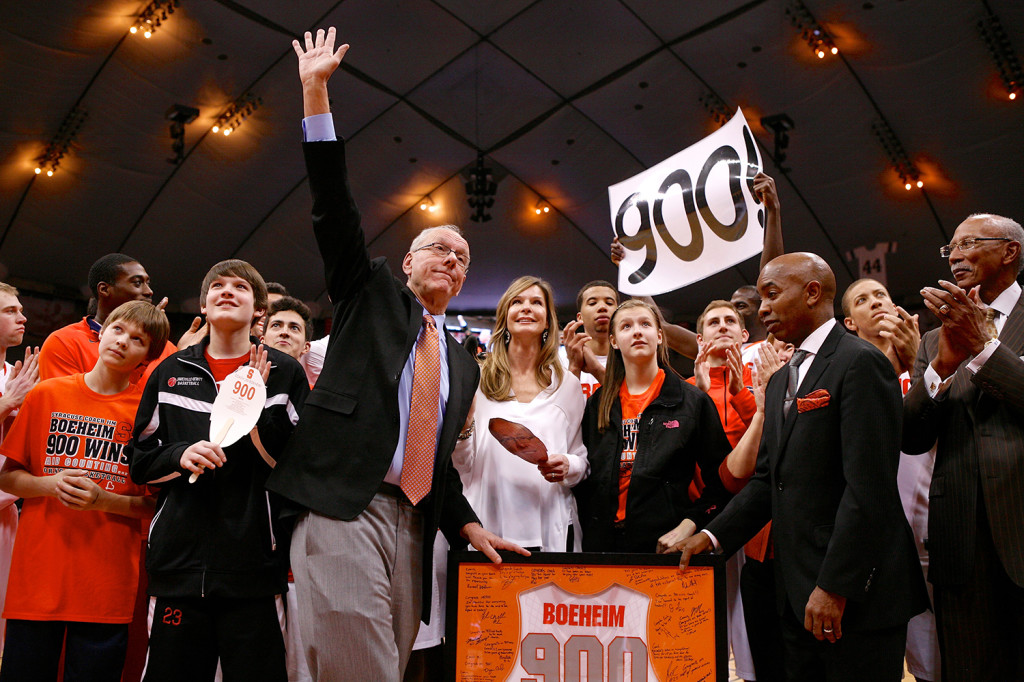 Boeheim went on to say that “the only number that matters is how this team does. Period.” In that regard, it was one of the best seasons in SU history, as the Orange rebounded from an embarrassing 61-39 loss to Georgetown in its regular-season finale to reach the Final Four of the NCAA Tournament for the fifth time.

The magical ride ended with a frustrating 61-56 loss to Michigan in the national semifinal game. Still, the 2012-2013 Orange overcame the loss of four key players (Scoop Jardine, Kris Joseph, Dion Waiters and Fab Melo), James Southerland’s midseason six-game suspension for academic issues and a late-season slump to advance to the Final Four for the first time since 2003, when the Orange won the national championship.

“These kids have fought unbelievably hard. They really have,” Boeheim said after the Michigan game. “We changed this whole team from last year. I don’t think I’ve ever been any prouder of a team for where they’ve come and what they’ve had to overcome at the end of the year and in this particular game.” 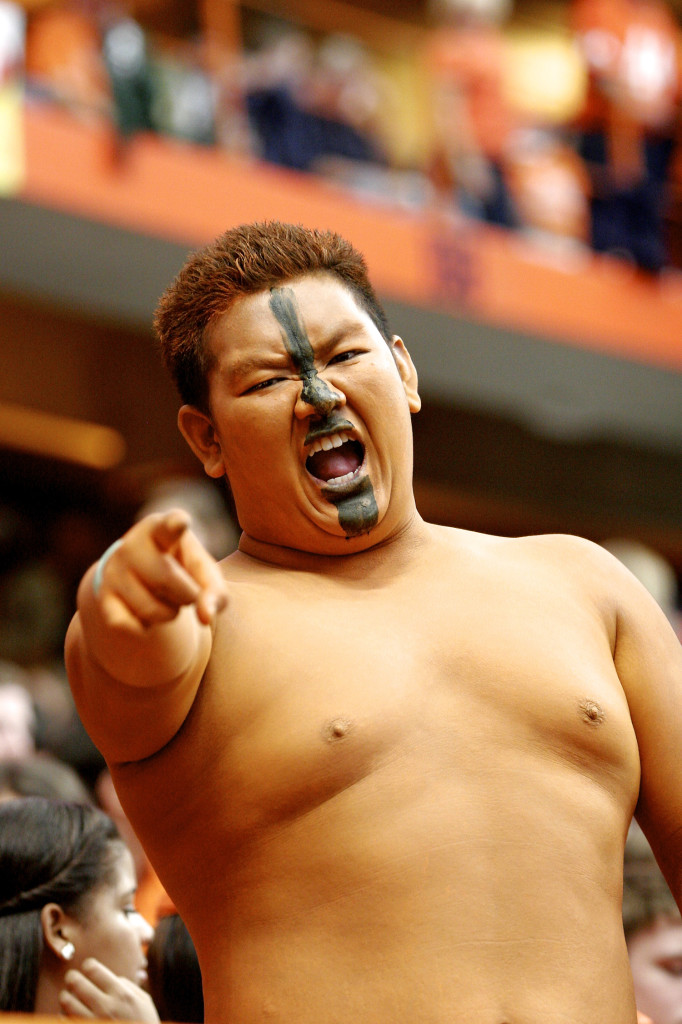 On July 1, 2013, Syracuse University officially joined the Atlantic Coast Conference. Thankfully, the Orange wasn’t left standing after a 20-year game of musical chairs in which schools were running in circles all over the country trying to find a seat in one of the Division I power conferences.

“This is an amazing opportunity coming to the ACC with extraordinary competition, great academics and tremendous resources that should be able to enhance our programs, as well,” said Daryl Gross, SU director of athletics. “This is a very historical moment for Syracuse athletics.”

Yes, we’re all going to miss the basketball games against Georgetown and Connecticut. But would you rather replace those schools with Duke and North Carolina, or be on the outside looking in, as Connecticut is? That question was probably answered as soon as SU single-game basketball tickets went on sale and the Duke and North Carolina games sold out.

“Obviously, fans are not disappointed we are playing in the ACC,” Boeheim said recently. “Those are the only people that matter at the end of the day. If they are happy, we are all happy.”