The Syracuse men’s basketball team (6-3) are not playing up to the standards they’ve set over the past six seasons.

As the Syracuse University men’s basketball team was about to start the 2014-15 season, this reporter said Orange fans who were worried about the team’s lack of experience should take a cue from Green Bay quarterback Aaron Rodgers, who famously told Packers fans earlier this season to just R-E-L-A-X.

Now, one month and nine games into the season, this reporter has another five-letter word for SU fans: P-A-N-I-C.

The Orange has had a remarkable run, with 26, 30, 27, 34, 30 and 28 wins and one NCAA Final Four appearance in the past six years. Syracuse has lost a lot of great players during that time and always had skilled replacements, whether it was a veteran who had waited his turn (Kris Joseph) or a freshman who played out of this world (Tyler Ennis). 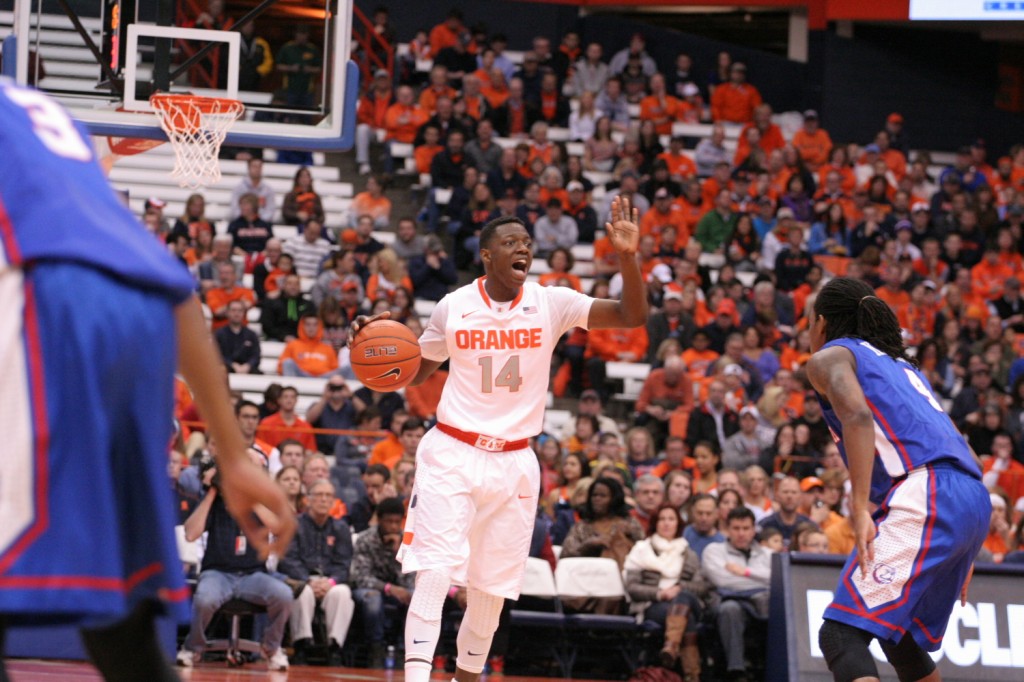 But that streak appears to be over, as this year’s squad is enduring growing pains that head coach Jim Boeheim said may be unprecedented in his 39-year tenure.

“Whatever I thought (at the start of the season), they’re not,” Boeheim said after the Orange escaped with a 71-69 win over Louisiana Tech this past Sunday at the Carrier Dome. “I can tell you that right now. This team is not anywhere near a good basketball team. Anywhere.

“I’ve never said that since I’ve been here,” Boeheim added. “Not that they couldn’t be, but they’re not.”

Boeheim didn’t mince words after the Orange nearly blew a 10-point lead against LA Tech with three minutes, 46 seconds remaining. LA Tech is a decent team that may very well qualify for this year’s NCAA Tournament out of Conference USA, but it had just surrendered 96 points in its previous game against Louisiana-Lafayette and it was playing at the Dome, where the Orange had won 55 consecutive non-conference games before losing to St. John’s Dec. 6.

“This isn’t like the last six years,” Boeheim said. “We’re going to struggle to win a game. This team is not going to beat anybody that’s any good unless they play better. And that means all 18 games in the ACC (Atlantic Coast Conference).”

So what’s the problem? For starters, all five starters are being asked to do things they’ve never done at the collegiate level, Boeheim said. As a result, the Orange players are making too many mental and physical mistakes.

“Maybe we’re young, all right, maybe,” Boeheim said. “At some point in time you have to learn certain things and we’re not. We’re not learning.”

Boeheim was particularly peeved at turnovers by forwards Tyler Roberson and B.J. Johnson on two separate fast breaks as they tried to catch passes with one hand and fumbled the ball away. Roberson’s turnover with 4:12 left would have boosted SU’s lead to 12 but instead proved to be the turning point that led to LA Tech’s comeback. 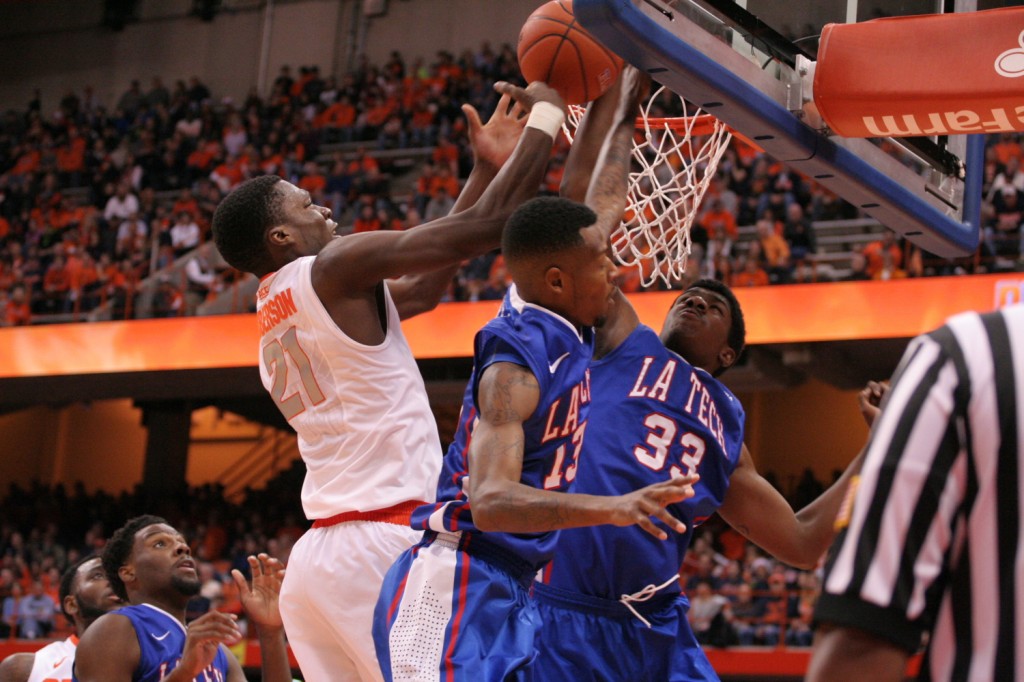 “He’s looking at the bigger picture,” Cooney said. “He wants to improve and the game (against LA Tech) shouldn’t have been that close. They’re a pretty good team, but we made the same mistakes and we can’t make those mistakes any more.”

And the bottom line, Boeheim said, is that this team can’t even think about being a good team until it stops making those silly mistakes.

Fast Fact: If the SU men’s basketball team loses at No. 7 Villanova Saturday, it will have four non-conference losses for just the second time in coach Jim Boeheim’s 39-year tenure.