The Jon Poussette-Dart band will play Saturday, Dec. 13, in the Museum of Art Root Sculpture Court at the Munson-Williams-Proctor Arts Institute, Utica. 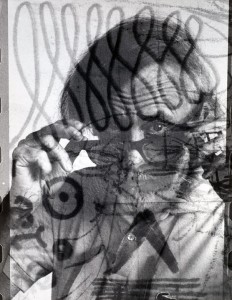 The performance coincides with an exhibition of the work of Poussette-Dart’s father, Absence/Presence: Richard Pousette-Dart as Photographer, that is on display until Jan. 4.

Poussette-Dart said he looks forward to playing at the Munson-Williams-Proctor Arts Institute again. He played there several years ago, before there was a full show of his father’s work, he said.

Poussette-Dart will adjust his playing to accommodate the acoustics of the sculpture court.

“The museum is a fantastic gem,” Poussette-Dart said, “Where I am playing, with its high ceilings and glass windows, is not a room built for music. The key is playing at a lower volume. The music should be self-contained to accommodate the space.”

Even though he grew up in a family of visual artists, including his father and grandfather, Poussette-Dart was attracted to music from an early age, when he started listening to his sister’s music.

“I started by picking up records my sister had bought,” Poussette-Dart said.  “Elvis and Ricky Nelson. My sister bought blues music, and I attached myself to that. I started to experiment with slide guitar.”

Poussette-Dart moved to California, where he met the bass player John Troy. They hung out in Santa Cruz and played for a year. The Poussette-Dart band formed in Boston, after Poussette-Dart’s manager convinced him to move there.

Since the band disbanded in the ’80s, Poussette-Dart has been drawn to Nashville. He has just completed an album produced in Nashville and scheduled to come out with a national label in 2015. Copies will be available for purchase at the show.

While in Nashville Poussette-Dart has been co-writing music.

“Writing and creating music is organic,” Poussette-Dart said, “It doesn’t happen any one way. To be honest, it is never the same. Most songs come of their own volition.”

Poussette-Dart is constantly trying to write a great song that will resonate with listeners.

“I am trying to continue what I have always done, trying to find a great song,” Poussette-Dart said, “A song that takes the listener through a journey and creates a common denominator with someone you have nothing in common with.”

Tickets are $37.50 for members, $42.50 for general admission and $22.50 for students. The museum will open at 7 p.m. so patrons may view exhibitions. There will be a cash bar, and a gallery talk will be held at intermission.

The Munson-Williams-Proctor Arts Institute has a program that allows students to study for two years in Utica before completing their bachelor of fine arts degree at Pratt Institute’s main campus in Brooklyn.

Everson: Combining ‘Every Season’
On With The Shows
To Top