A lot of life has been packed into the skinny building on Syracuse’s North Side.

“It’s an iconic building,” said Joe Falcone, who owns and has renovated the building tucked between a restaurant, Francesca’s Cucina, and the North Side CYO.

“It’s the narrowest building in Syracuse,” he said. 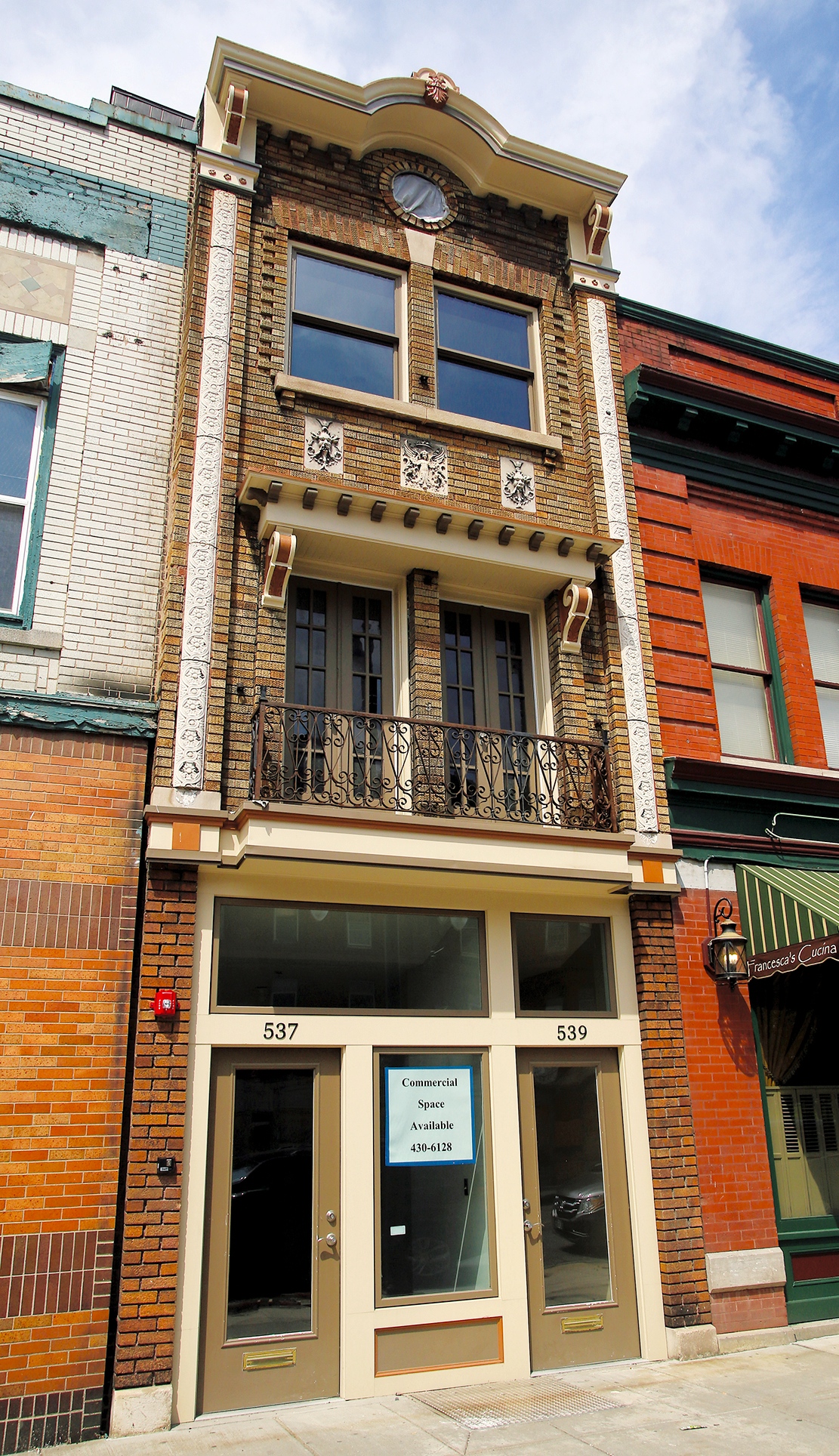 What may be Syracuse’s skinniest building, 537-539 N. Salina St., has been renovated into commercial space on the street level and an apartment upstairs.
Photo by Gloria Wright | Syracuse New Times

North Side lore has it that the space was originally a 13-foot-wide fire access to North State Street until an elderly Italian man bought it and built the narrow building with the ornate facade.

It was first a bank, built between 1890 and 1892, a place where recent immigrants could send money back to their home countries, Falcone said.

Over the years, the building was also occupied by a Chinese laundry, a bait shop, a cafe and a clairvoyant. But it is perhaps best known for the wood sign above the front door: “Michael’s Genuine Fresh Italian Products (Home Made Noodles).”

The sign belongs to a grandson of Michael DiRentz, the Michael who made pasta in the little building from 1947 until his death in 1995. Then his wife, Angelina, took over the pasta business for a time. The couple lived upstairs, on the second and third floors.

The building stayed in the family, vacant but echoing with family memories, making it difficult for the DiRentz’ son, Anthony, to part with. Anthony, a retired state police investigator, died in 2011, and his children inherited the building.

Falcone bought it in December 2012 and began renovations in October 2013, after removing a boiler containing asbestos and lengthy reviews by the city code enforcement and state historic preservation offices. The building was gutted, he said.

“The only things left were four walls and a roof,” he said. “The bones were good. It has a solid infrastructure.” 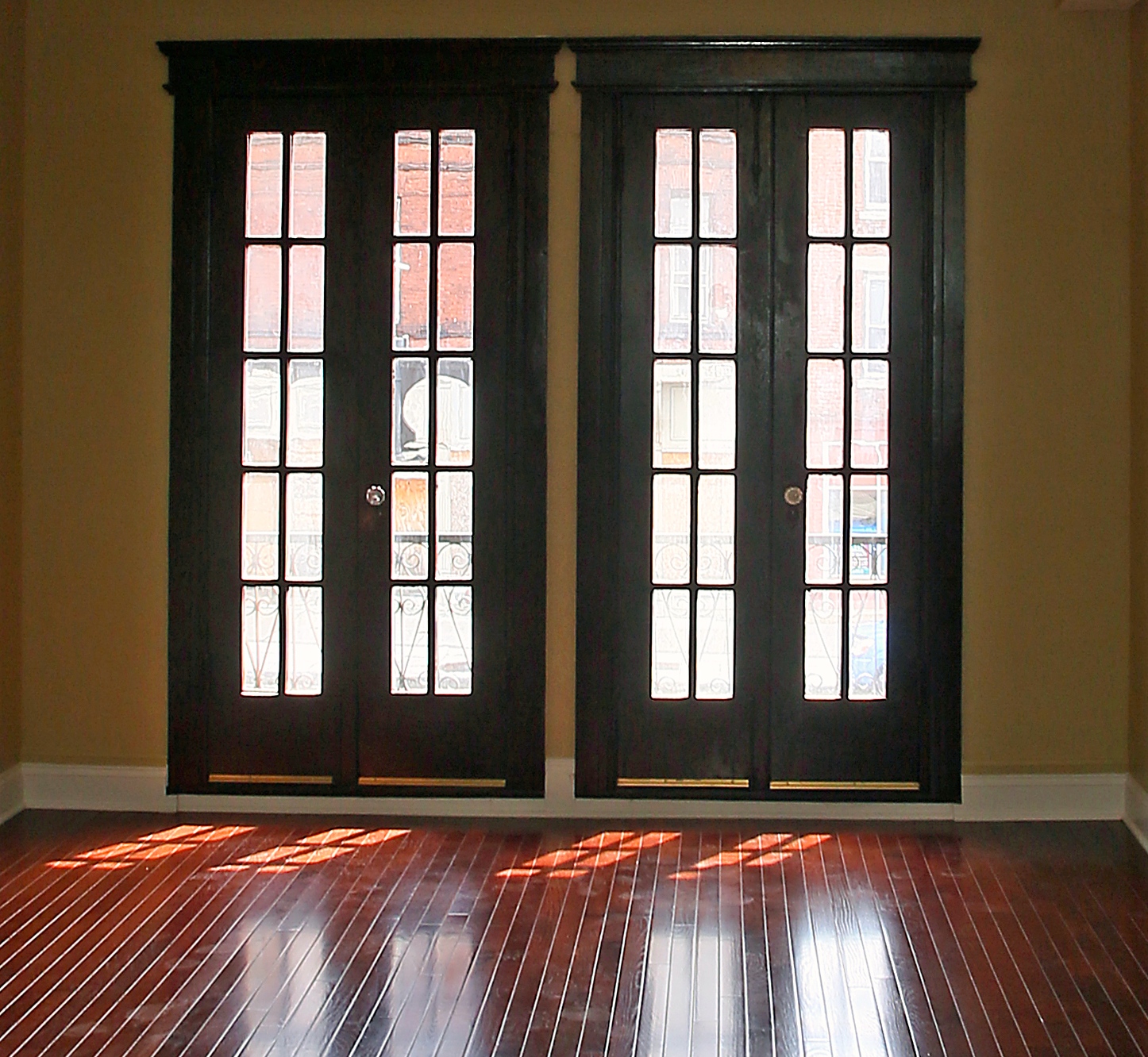 Falcone moved staircases from the back of the building to the side, replaced the windows and refurbished the facade and the balcony doors.

The first floor will be rented as commercial space.

Upstairs, Falcone  installed dark oak floors and built a custom kitchen on the second floor. The third floor has two bedrooms, one overlooking North Salina street. The bedrooms may be narrow, but Falcone said he measured to make sure each will accommodate a queen-sized bed and a dresser. 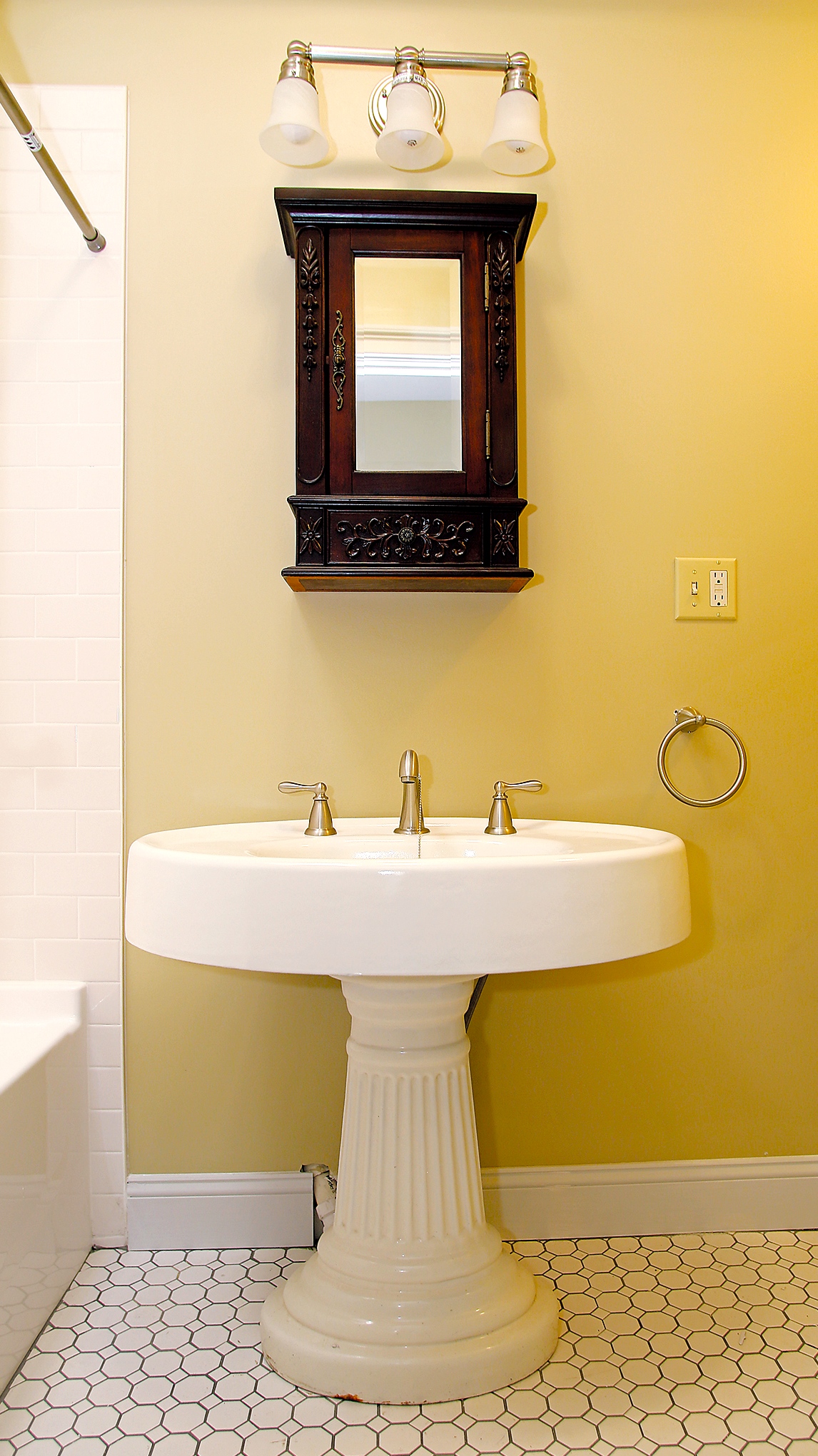 The original arches separating the living room and kitchen were replaced with columns, which define the space “so it wouldn’t look like a bowling alley,” Falcone said.

The clock in the roof peak, stopped at 7 o’clock for decades, is being repaired and will be reinstalled.

Falcone said he will go slow in renting the apartment, to make sure he has the right tenant.

“It was so much work and so unique. I’m pretty proud of the building,” he said.

Falcone has roots on the North Side. From 1945 to 1990, the family insurance business had its headquarters at 635 N. Salina St.

“It was time for a Falcone to be back on North Salina street,” he said.

Falcone himself may be back on North Salina some day. He’s toying with the idea of moving into the apartment himself, once his grandchildren are older and he’s ready to downsize.