Doubtlessly one of the most well-known musicians in the Syracuse scene, singer/songwriter/guitarist Colin Aberdeen has been and continues to be active with local groups including The Westcott Jugsuckers, The Barking Loungers and Los Blancos.

Clear this up for me – you’re Australian, but were you born there?

Were you playing music then?

I dabbled as a kid, but it never really bit me. I was a jock, a soccer player, especially from growing up in England. I played soccer since I was 2 years old, as soon as I could walk. But I had friends at Fayetteville-Manlius (High School) who played guitar. But everyone played and no one sang. I went to my buddy’s barn, and they were really into Neil Young, so we’d sit around playing Neil Young and Grateful Dead tunes, so by default, I sang. I was a junior in high school when I got started.

When did you decide that you wanted to play music professionally?

I never thought about doing it professionally. It never even occurred to me that I could play a gig. Music journalism changed that. I played an Earth Day event at Thornden Park,  and I had been playing house parties around SU. I was still very much a beginner, but Brian Bourke was in the audience, and he wrote a review about me playing. He could have written about the more developed professional musicians, but he chose to write about the kid nobody knew. I got gig offers from that and eventually started playing a steady Tuesday at Taps with Mike Petroff. 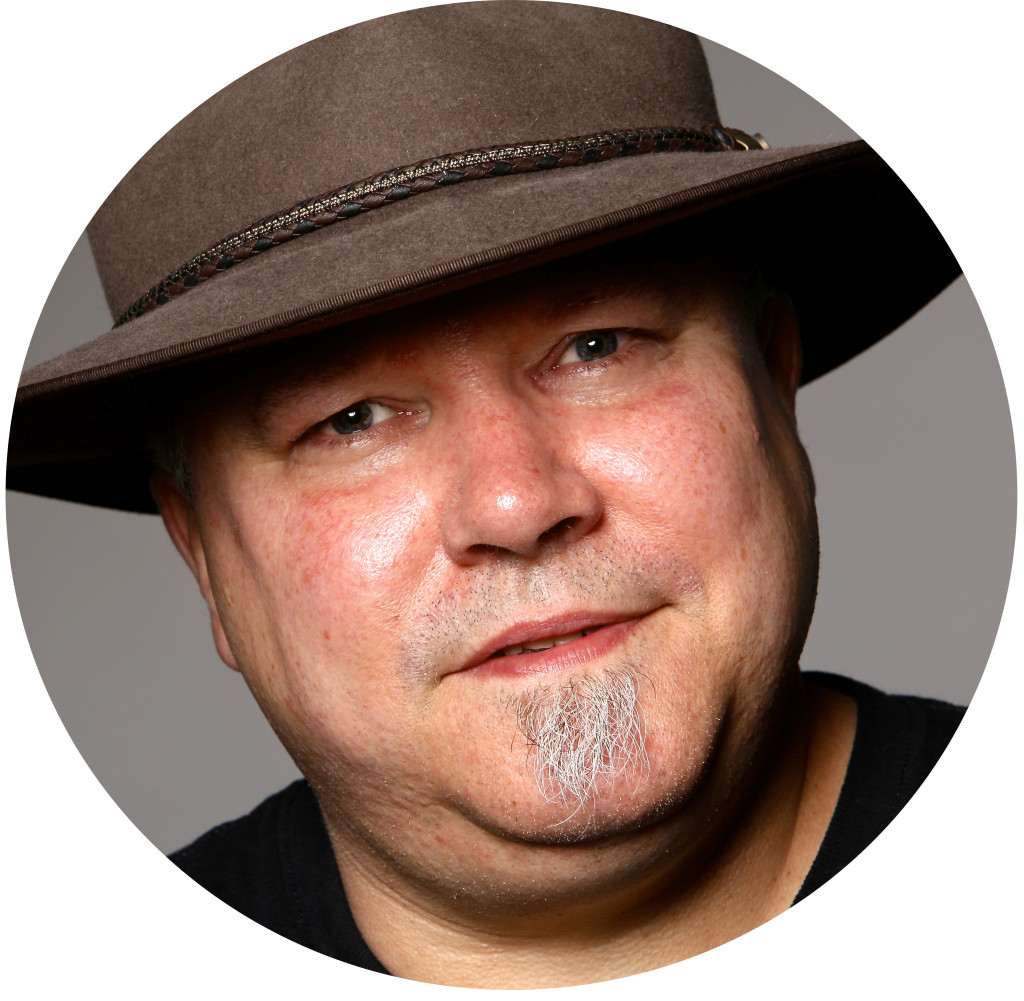 Who was influencing you musically at that time?

There were a few musicians. Willie Kye did finger-pickin’ blues guitar with a tuning of his own. He was a super slick dude who could do anything from rock and roll to old time country blues. He was our local Taj Mahal. Frank Corso, too, was a killer finger picker. With finger-picking guitar, you can play a bass line and melodic line, giving you more variety than strumming. I can play different parts at the same time. I play very simplistically compared to Loren Barrigar and Mark Mazengarb – they show how developed it can get.

How did you transition into a full-time musician?

I did labor jobs, and I saw an advertisement for Kerner & Merchant, a pipe organ company. They were nice enough to allow me to work in the shop, and I worked there doing woodwork, building and maintaining pipe organs for 10 years. Eventually, I was gigging enough that I had to make a decision and eventually it comes to how much energy and time you’ve got. I thought if I’m ever gonna do music for a living, I might as well do it now. And here I am now, 25 years professionally and about 15 full time.

You helped Austin John Doody and two-time Grammy-winner Jose Alvarez get their starts. Tell me about why you take the initiative to really help young players.

I love music, love hanging with musicians, hearing them, talking with them and if you want good music, you need good musicians. I had people who helped me get to the next rung on the ladder. My folks were charitable and raised me to help out if you can. It seemed like a pretty minor thing to give them a couple tips and help them out. It’s more fun to have more good players and exciting to hear young players in that very accelerated learning time. I got a lot of help from people, too. It’s really fun to see people do well. I don’t take any credit for their hard work or talent, but it’s nice to be in a position to help them out.

What can the music community do to better the local scene?

Try to get out and hear each other is a good one. To take a more cooperative approach to a competitive business. I think we have a pretty good scene here with good players. We lack venues, but we have a small, fervent audience. What we need is a slightly larger audience. Social media has been … I’m amazed how many people read stuff and come out. Before we relied solely on the media and hanging posters. I think musicians can help each other by promoting each others’ shows. Do what you can and support each other. Austin asked me what to do to get in. I said, “Keep knocking on the door until they say yes. Polietly and persistently keep asking. Don’t accept no for an answer.”

Anything else for me?

Please come out and support live music. There’s so much great music out here. Every town has great players. All they need is a great audience. I know it’s hard sometimes to put your shoes back on and get out of the house, but for musicians, it’s the greatest honor.

Let’s Rant, Shall We?
SKINNY, BUT FULL OF HISTORY
To Top