During her long career, Margaret Bourke-White demonstrated great flexibility as a photographer. She created images of steel mills, world leaders such as Winston Churchill and Franklin D. Roosevelt, wartime scenes and everyday people. Beyond that, she was a witness to history. At Syracuse University’s SU Art Galleries, Margaret Bourke-White: Moments in History 1930-1945 not only presents a large portfolio of her work but also traces stages of her career.

At the beginning, Bourke-White saw factories as both visually intriguing and symbols of progress. Her image of a paper mill emphasizes huge wood-pulp refining machines, with one worker seen in tiny detail, almost as an add-on. The same effect appears in a shot of an aluminum plant; it depicts piles of aluminum ingots surrounding one man. In a third image, no humans appear, just aluminum rods. 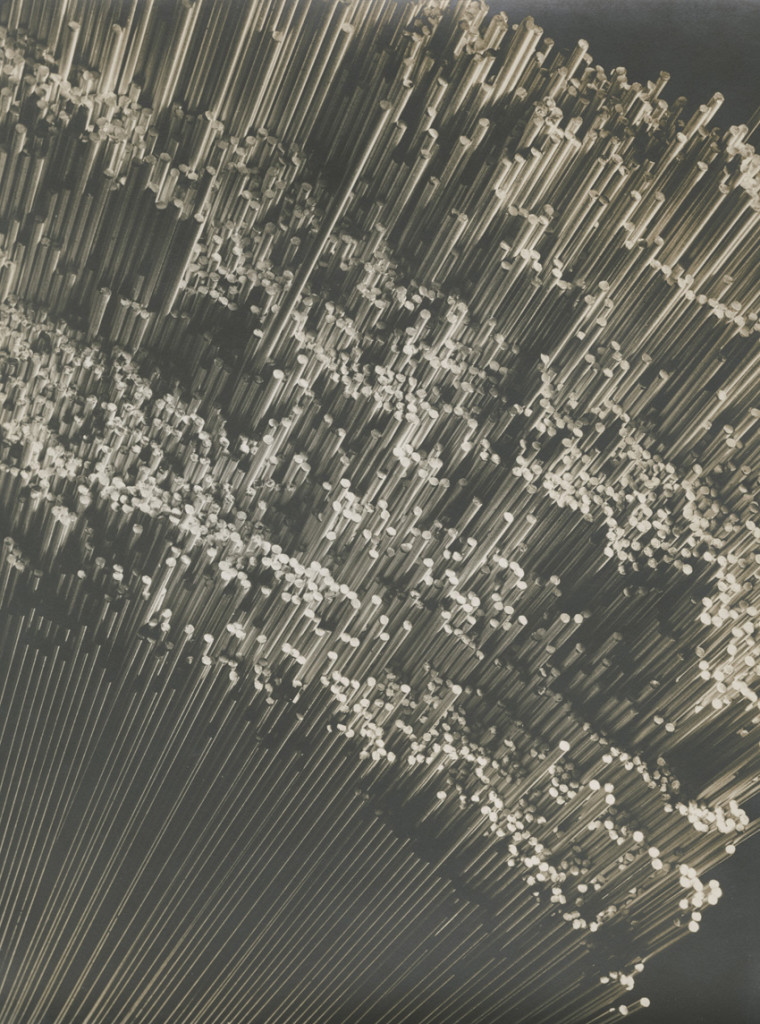 While she certainly wasn’t the only photographer shooting industrial scenes, Bourke-White had a distinctive style, one based on contrasts in light and darkness, and an ability to portray machines as dynamic. She also was able to size up a site and create a dramatic photo. Her image of a Pittsburgh steel plant combines sky, plumes of smoke, and the plant’s architecture, leading to a high-quality photo.

Those images, many shot for corporate customers or Fortune magazine, represent just one portion of Bourke-White’s work. She did many assignments for Life magazine and other publications, traveling in the United States and abroad. During 1930 and 1931, she spent time in the Soviet Union, shooting photos of factories, people in other workplaces, street life, schoolchildren and individuals including the mother of Soviet dictator Josef Stalin. In one poignant image, three peasant women eat from the same bowl. This was during a time of food shortages and even starvation, when Stalin’s program to collectivize agriculture failed miserably.

Seven years later, the photographer traveled extensively in Eastern Europe, creating images that both document local communities and prefigure the events of the 1940s. The exhibit presents memorable photos of peasant women sweeping a field and a Roma woman with her child. One shot of downtown in Ostrava, Czechoslovakia, sweeps down several city blocks while also focusing on people boarding a streetcar.

A second set of images hint at the future. Bourke-White photographed Jewish refugees from Nazi Germany living in Prague, Czechoslovakia. She shot images of Nazi sympathizers living in the Sudeten region of that nation. And she did a portrait of Count Lajos Szechenya, a key player in the Arrow Cross Party, a fascist group in Hungry.

During World War II, Bourke-White shot numerous wartime scenes. In 1941, she was the only foreign photojournalist present in Moscow when German planes bombed that city. One image shows people in a bomb shelter. Two years, she was on a ship torpedoed by a German submarine; those on board jumped into lifeboats. Bourke-White photographed people in a lifeboat and wrote a first-person essay about the experience. 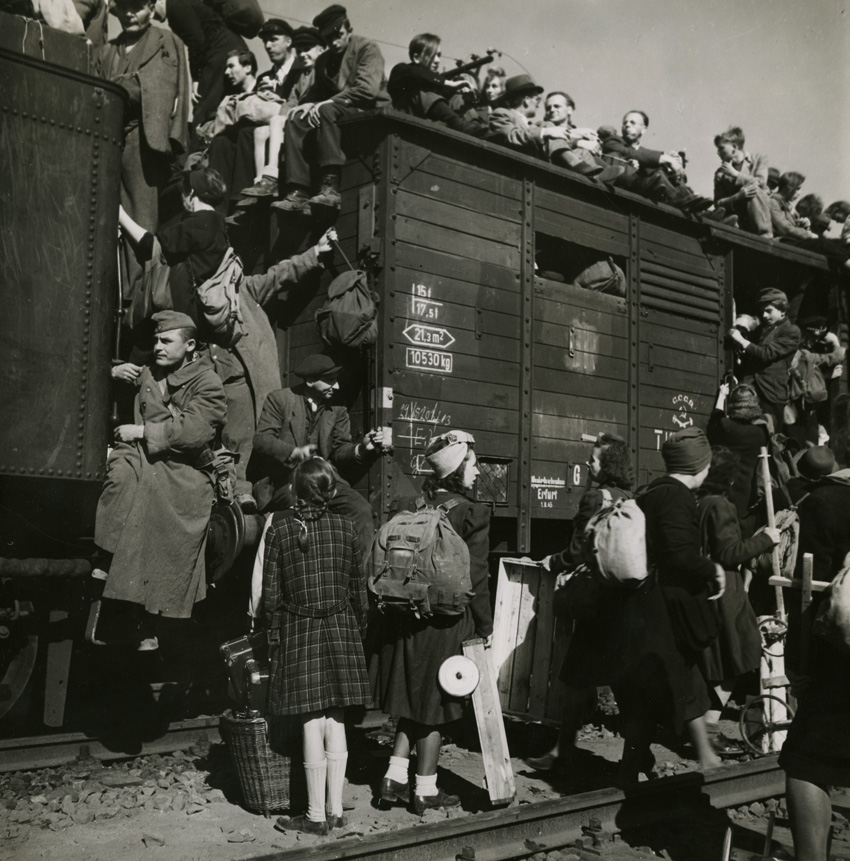 Then in 1945 she was with General George Patton’s troops as they entered the Buchenwald concentration camp. “The Living Dead of Buchenwald,” perhaps Bourke-White’s best-known photo, shows survivors behind barbed wire. That image, plus shots of a camp barracks and a hospital, are all on display at SU Art Galleries. They and other photos appeared in Bourke-White’s 1946 book Dear Fatherland, Rest Quietly. It was cited by prosecutors at the trials of prominent Nazis at Nuremberg. 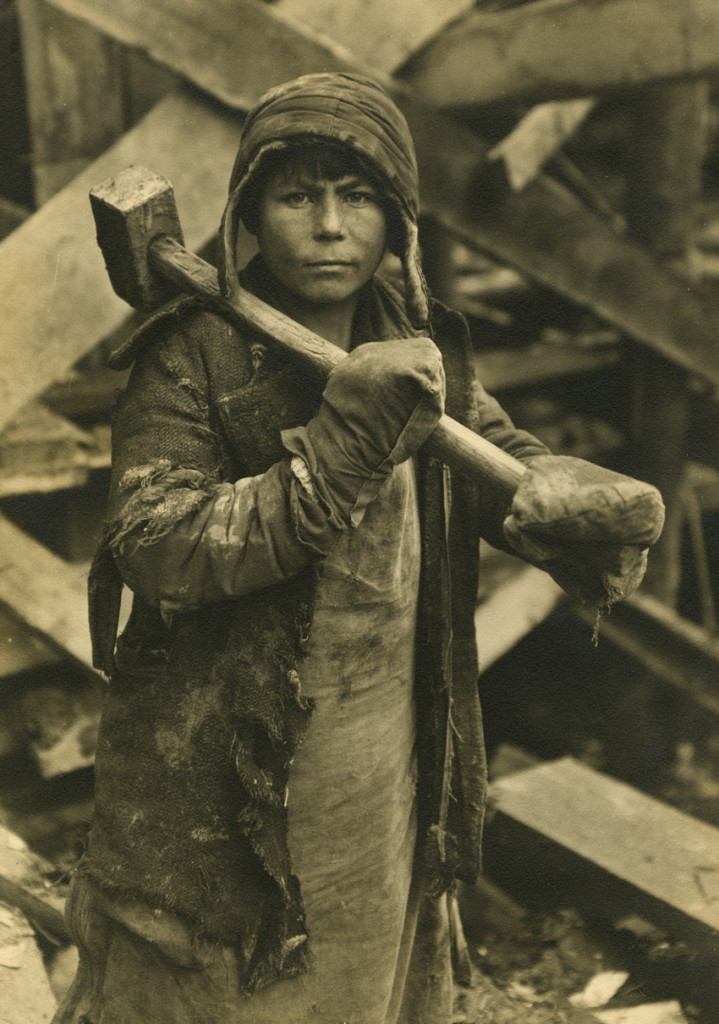 The exhibition moves across continents and time, highlighting images by a photographer with a prodigious work ethic and an ability to operate successfully in many situations. Indeed, the show includes photos of a Manhattan speakeasy in 1932; Jewish boys in Czechoslovakia receiving instruction in the Talmud; American GIs washing up at an abandoned Italian monastery in 1943; and a rail station in Berlin destroyed by bombing.

At the same time, the exhibit isn’t all-encompassing. It has no photos from You Have Seen Their Faces, a collaboration between Bourke-White and writer Erskine Caldwell. It documented sharecroppers living in abject poverty in the southern United States. Moreover, the show’s timeline excludes photos Bourke-White took in India when the British colony was being divided into two countries, India and Pakistan. 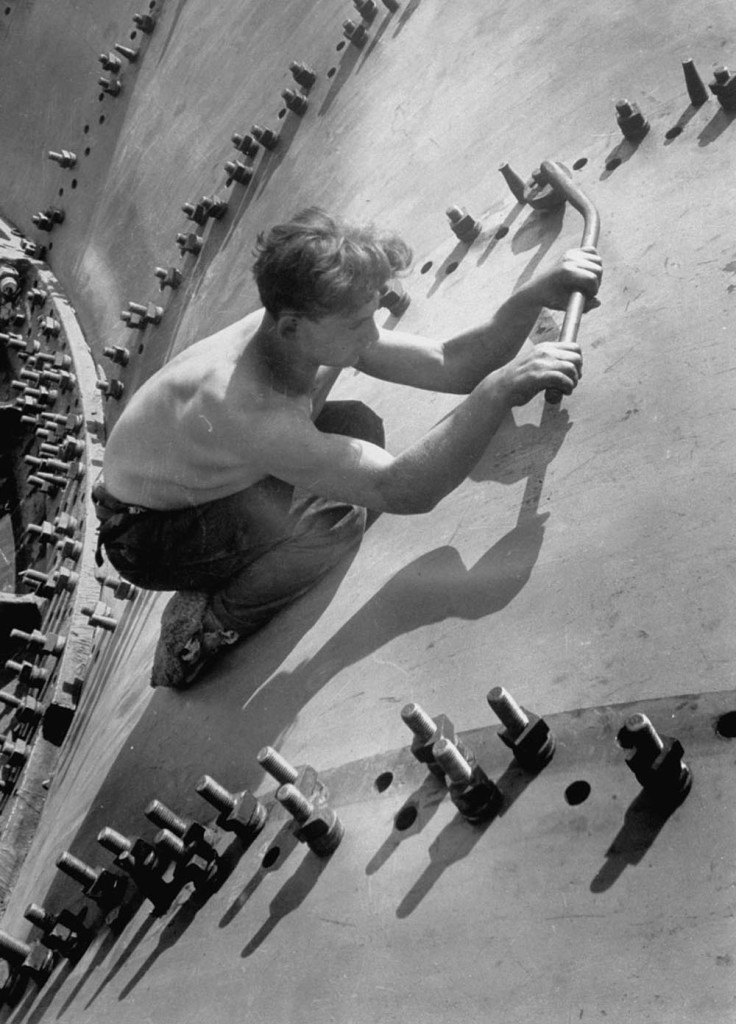 Circa 1930: Russian worker using large wrench to tighten nut on of the huge bolts used in the construction of a generator shell for the Dnieper River Dam. (Photo by Margaret Bourke-White/Time & Life Pictures/Getty Images)

Those aren’t acute deficits. Bourke-White worked full time for almost 30 years, and one exhibit can’t cover that entire portfolio. And the current show is substantial in its own right, with more than 180 images on display. It conveys a sense of the photographer’s considerable skills, her curiosity about industry, people and community. It documents her contribution to the art of the photo essay; she didn’t invent the essay but did bring it to new heights. Finally, it showcases her role in documenting a turbulent period of history.