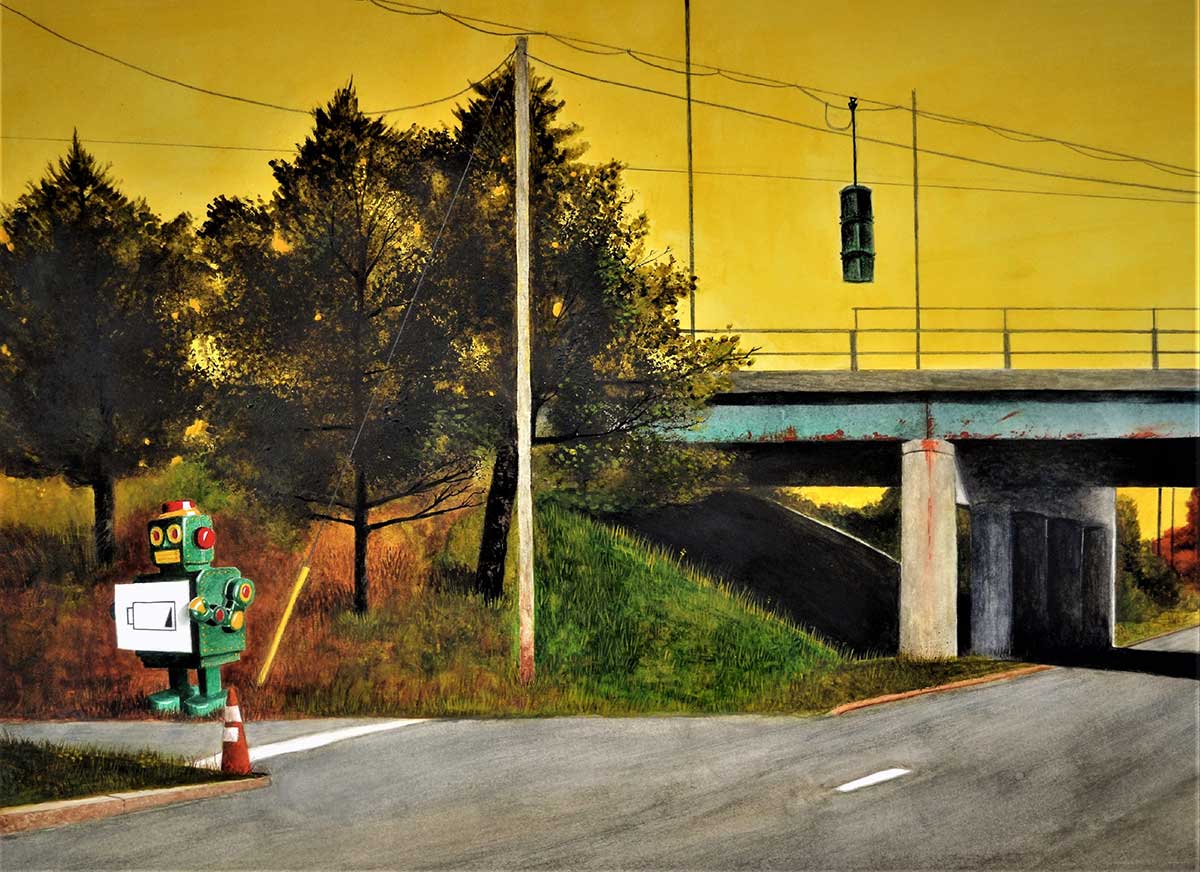 The annual Made in New York exhibit at Auburn’s Schweinfurth Memorial Art Center carves out its own path and also connects to past editions. Like its predecessors, this is a large exhibition featuring works by 60 artists who live across our state, including Geneseo, Ithaca, Syracuse, Buffalo and Brooklyn. This time, the showcase features oil paintings, noteworthy sculptures and a range of artistic styles.

For starters, the exhibit presents a quartet of interesting oils. “The Thief of the Past and Future,” by Hall Groat II, depicts a pitcher and several small objects; images of a doorway, a faint human figure and the objects reflect onto the pitcher’s surface. John Fitzsimmons’ intense portrait “Voices of Those” portrays a woman in a moment of deep introspection. Among other things, the painting captures body language, particularly in the positioning of the subject’s hands.

Kate Timm’s “Ode to Joy” contrasts a kitchen scene, centering on a table full of dried ears of corn, M&M candies, flowers and other objects, with the backyard clearly seen through a large window. 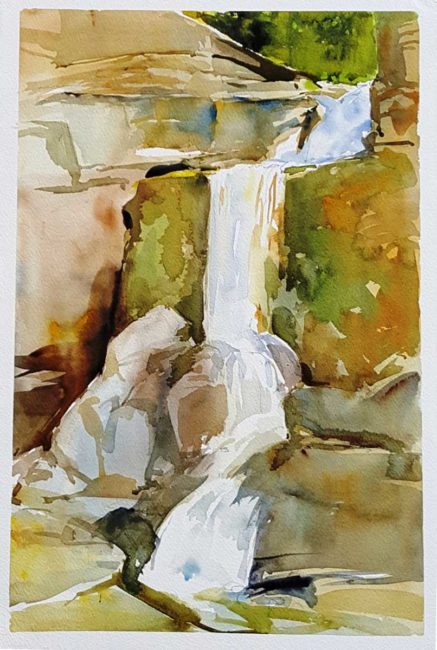 David Higgins scores with “Helen Street,” a work that shows him at the top of his game. It captures several houses from the perspective of someone tromping through backyards. Higgins portrays trees, leaves and street lights in vivid detail, works with colors evoking late fall, and projects an outsider’s vision.

Sculptures typically play a secondary role in Made in New York exhibits. However, the 2019 show has room for a quartet of fine works.

And “Namaste,” a ceramic work by Cheryl Hutchinson, depicts a young girl standing up, with hands folded. There’s text saying “My Name Is.” The piece moves in two directions, celebrating the joy of childhood while also bemoaning failures to nourish children.

Over the years, Made in New York has presented more than a few works portraying barns and pastures in upstate New York. The current exhibit takes a different direction by looking at scenes as disparate as Brighton Beach, captured by Michelle Ritchie’s painting; Taughannock Falls, as seen in Nancy Kieffer’s photo; and Fillmore Glen State Park, depicted by Eric Shute’s watercolor. Look for Barry Lobdell’s toned photo, “Wooded Mist,” inspired by a scene in the Adirondacks.

The exhibition displays 75 artworks, so a show of that size indirectly offers a mini-survey of contemporary art. For example, Stephen Specht’s “Beauty on Trial,” an old-school collage piece, coexists with “Every Loved One I Never Would Have Met” by Allison Piedmonte. She placed heat-press transferred digital images on fabric, capturing crowds of people, most of whom never encountered each other. 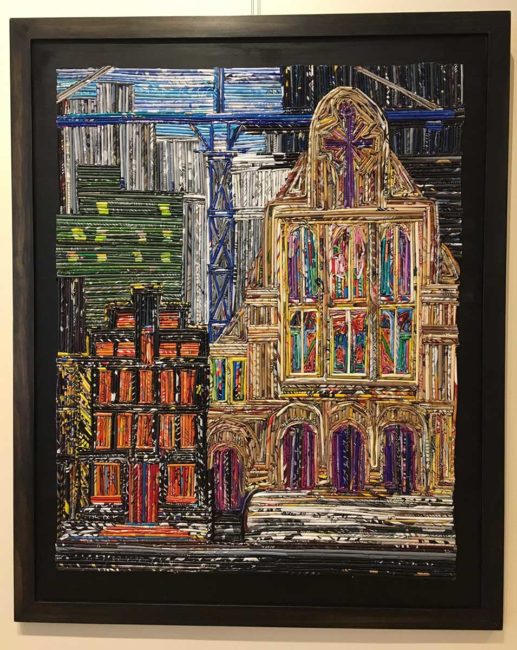 Other works merit extended viewing, including James Skvarch’s “Conspiracy,” a charcoal on paper work; Faithanne Flesher’s charcoal drawing “Derecho II”; and “The Shortest Day” by Karen Frutiger, done with acrylic paint, collage and cheesecloth on watercolor paper. “Strange Hunger” by Audrey Bialke references a future time of destruction; in the middle of her oil, there’s an exploding sun.

Made in New York jurors Marie Via and Anne Novado reviewed 516 artworks before selecting the pieces currently on display. That resulted in a new journey for an exhibit that keeps on reinventing itself. As always, final judgment belongs to the viewers.

In addition to the group exhibition, the Schweinfurth is hosting two more shows. Common Places offers photos by Willson Cummer, which explore public or common spaces in Manlius, Fayetteville and DeWitt. Double Vision, a selection of paintings by Pennie Brantley and Robert Morgan, depicts places in Argentina, Italy, the Netherlands and other locales.

Did you know Al Roker was a cartoonist for the Syracuse New Times?
Local Hop: New music from Mike Davis, Sundrop Rise
To Top