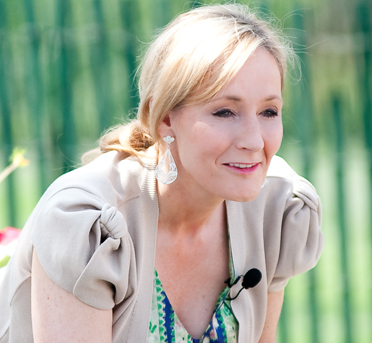 There are beasts involved in the wizard’s Hogwarts’ text.

The lid is off the Potter franchise.

J.K. Rowling is at her keyboard. The author of all those Harry tales that were turned into the long line of Hogwarts-themed successes for Warner Brothers is writing a prequel screenplay, according to a story for Screen Rant by Sandy Schaefer posted Tuesday, and she’s started to reveal details, social media post by social media post. It’s titled Fantastic Beasts and Where to Find Them. David Yates, who directed the final four Harry Potter movies, will be in control.

And it could possibly be the start of a trilogy, writes Schaefer. “WB already has reserved release dates in 2018 and 2020 that could end up going to said sequels.”

In the previous eight Potter movies, Rowling pretty much kept away from the screenwriting process, Schaefer writes, “so it’ll be interesting to see how the storytelling approach for Fantastic Beasts compares…films penned by writers who have a background primarily in literature tend to be, well, noticeably literary in their narrative and thematic structure.”

The movie that tells the story of the wizard who wrote the Hogwarts textbook will open on Nov. 16, 2016 in the United States. Book your tickets now, will you, or will it just make you miss Harry and gang more?

What’s harder to lose, your cash or your fat?

Hopefully, Mark Wahlberg only gave up his belly and his jowls for his art, not his bank account.

Gregory Wakeman wrote in a story for Cinema Blend Tuesday that the actor dropped 60 pounds to star in the remake of The Gambler, scheduled for release on Dec. 19.

“USA Today has released three images of the film, all of which feature a gaunt-looking Wahlberg, and they suggest that The Gambler is going to be one of the last great movies of 2014,” Wakeman writes.

Wahlberg will play the professor addicted to gambling who further complicates his troubles by getting involved with gangsters. Wakeman quotes Wahlberg from that story in USA Today saying that researching what it took to be a professor was harder than dropping the weight he’d carried for his beefy role in Transformers: Age of Extinction.

“Being believable as a teacher was one of my greatest challenges and most rewarding,” Wahlberg told the newspaper. “It meant being able to have the comfort to really understand and say those words.”

“Early signs are that [Wahlberg] has more than rivaled James Caan’s stirring portrayal in the original,” Wakeman writes. “And that’s a feat in itself.”

And, remember, Caan’s character somehow went on to run a casino. Oh, wait, that was a TV show, Las Vegas. Hey, NBC, I miss that glitz, glamour and shenanigans…

Getting Reel at Syracuse Film Fest
Downey Jr. and Duvall carry The Judge to tense heights
To Top