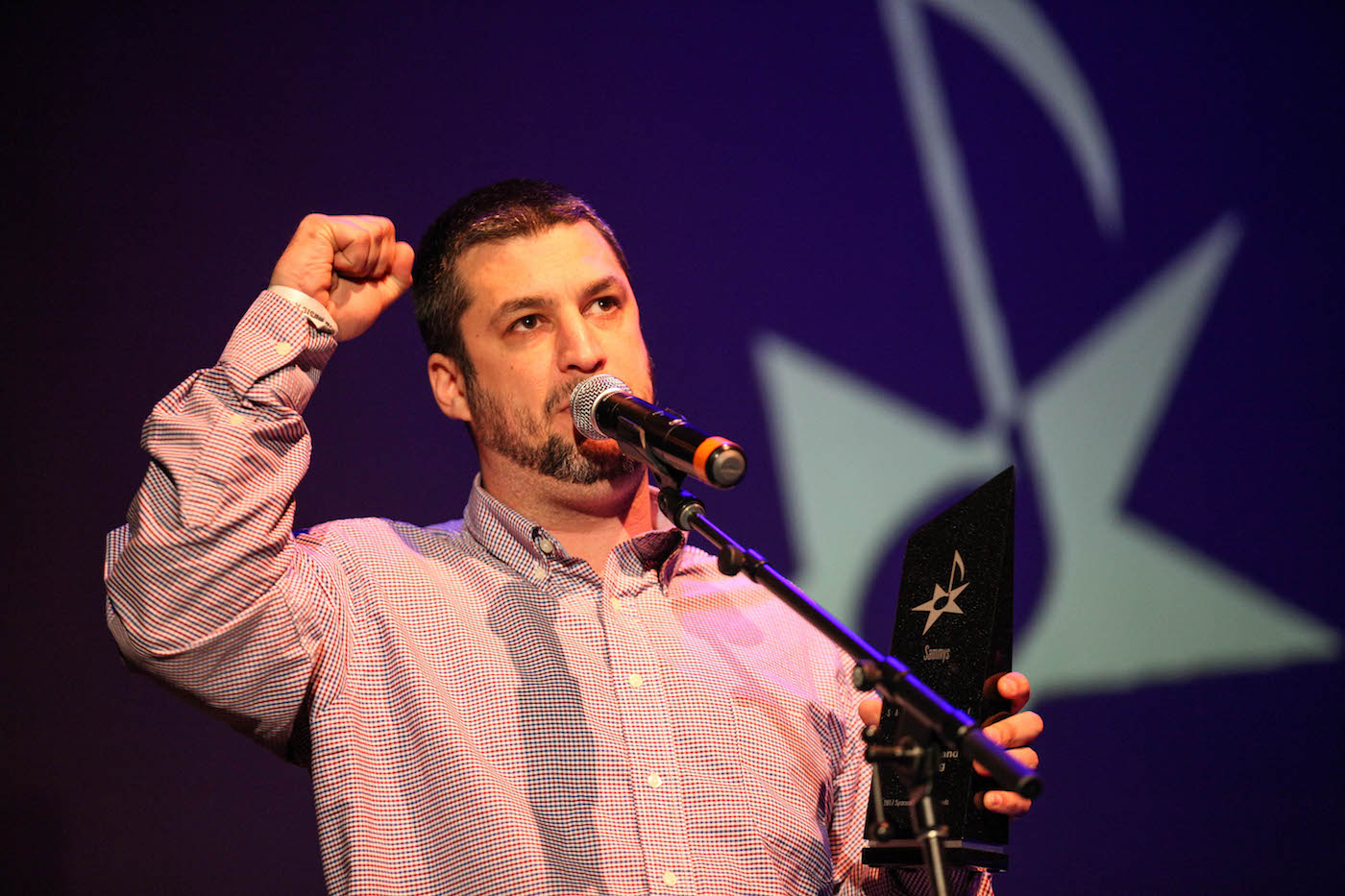 A packed house at the Palace brought high energy to the 2017 Sammys.

Nine of the 13 winners of this year’s Syracuse Area Music Awards (Sammys) play tunes with a booming backbeat designed to draw dancers to the floor, especially rock’n’roll in all of its soaring incarnations: rock, hard rock, alternative, rhythm’n’blues, blues, pop, Americana, jam band and hip-hop.

Even the best jazz winner, Second Line Syracuse, rocks a version of the Rolling Stones’ “It’s All Over Now” on its award-winning self-titled CD.

Five invigorating performances framed the award presentations during the March 3 Sammys ceremony at Eastwood’s Palace Theatre, and each one rocked like Gibraltar. 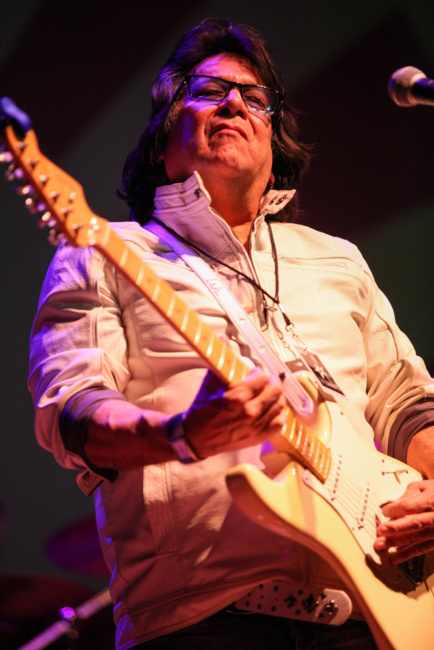 The Ripcords, featuring Irv Lyons Jr., Rex Lyons, Scott Ebner, Jay Gould and Steve Palumbo, kicked things off with a riveting set pumped up by the Boneyard Horns: saxophonist Tony Green, trumpeter Jeff Stockham and trombonist Tom Witkowski. Tunes ran from the mournful “Maria” to a boogaloo “Baby, It’s the Wrong Time,” all from the band’s new disc due this spring.

Strobe lights welcomed the Spring Street Family Band, as dancers boogied in front of the stage while the quintet cranked out its fetching blend of funk, rock, hip-hop and reggae. Their original, “Now She’s Got Me,” led seamlessly into an incredibly heavy cover of the Eurythmics’ “Sweet Dreams,” featuring singer Ryan Vendetti and guitarist Ben Blujus. In fact, Spring Street turned in one of the hardest-rocking sets of the awards show.

Rhymes rattled off the walls during a rock-steady set by Curtis “Tallbucks” McDowell and the Brownskin Band. The five musicians dug trench-deep rhythms while McDowell cleanly rapped out a composition called “Solar Radiation,” alongside Syracuse rhymer Real Tall. (Syracuse guitar legend Bobby Green, who had been billed as a special guest, did not appear. No explanation was offered from the stage.)

The best country award went to Small Town Shade for its EP release Ring It Up, on the strength of its insistent single, “Can’t Stop, Won’t Stop.”

Although the Cortland quintet was the lone nominee in the country category, Small Town Shade also proved it can compete. With a strong social media presence, they tallied more votes than any other combo of any kind to take home the 2017 People’s Choice Award for best band. More than 110,000 online votes were cast, and the folks at Flynn’s Roadside Café, in Lansing, couldn’t be happier.

A repeated problem, however, was the failure to identify the people who were accepting the awards. More than half the time, most audience members didn’t know who was speaking, except that it was probably someone from the winning recording act.

And many award recipients didn’t bother to identify themselves. Driftwood bassist Joey Arcuri’s dad identified himself simply as “Joey Arcuri’s dad,” when he got up to receive the best folk award for the band, which was on the road in Michigan.

Even after staging 19 awards shows in 24 years, the Sammys still suffer the age-old problem: Presenters remain blissfully unaware of whether the winners will be in attendance or whether someone else has been designated to accept the award for them. 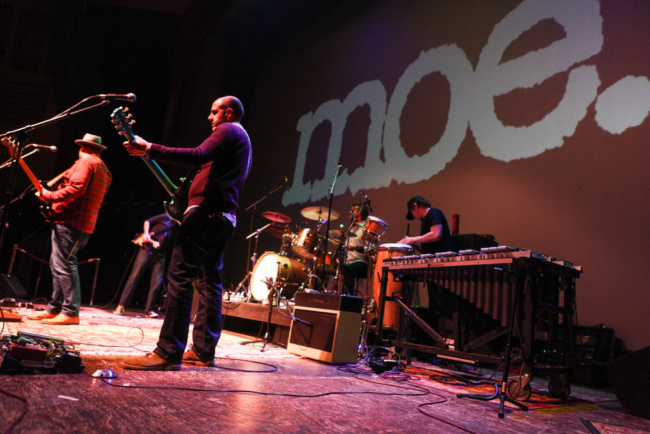 Finally, five guys named moe. — the Oneida County band that was inducted into the Sammys Hall of Fame on March 2 at Upstairs at the Dinosaur Bar-B-Que — turned the awards ceremony into a harmonious happening with a lengthy concluding set characterized by jangly guitars, razor-sharp vocals and proactive polyrhythms.

A decade ago, moe. released a series of CDs called Warts and All, but there were no rough patches whatsoever at the Sammys ceremony. It was more like a little taste of Live at the Fillmore. Outta sight, indeed!

At the induction ceremony, moe. drummer Vinnie Amico said the band’s Oneida County roots served them well. “We all wear our hearts on our sleeve. We all kind of have this style, this thing we do, because of where we’re from. We’re blue collar, baby. We work hard, we play our music that way. There’s an edge to our music and that’s a testament to upstate New York.”